Attempted Crimes Law in California - Penal Code Sections 21a and 664 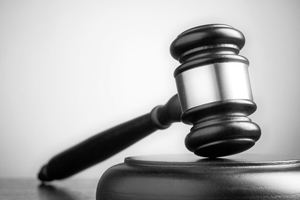 In California, many people don't realize that attempting to commit a crime is itself a crime, even is the intended crime was unsuccessful.

Attempted crimes laws are covered under California Penal Code Sections 21a and 664. Many people don't realize that attempting to commit a crime, is itself a crime. Attempt is a separate offense that may be charged on its own. In other words, if you attempt to commit a crime, but unsuccessful, you can be charged for an attempt of the specific crime.

Just because you were not successful does not mean there are no legal consequences. The attempt law was designed to punish an individual who tries to commit a crime, but fails to actually complete it. Prosecution for attempt crimes is common in Los Angeles County Criminal Courts.

An attempt crime is described as the act of attempting to commit a crime and will be prosecuted if it can be proven you had specific intent to commit a certain crime, and you performed a direct act toward committing it.

You can be convicted for the “attempt” even if you changed your mind before actually completing the crime.

PC 21a criminalizes all attempt crimes, other than attempted murder (PC 664 and PC 187). Some common examples include attempted robbery, burglary, theft or rape.

For example, let's take a situation where you intend to burglarize a house, and actually attempt to open the door with the intent to commit burglary.

However, the front porch light comes on and you flee the scene. In this situation, the Los Angeles County prosecutor could charge you with attempted burglary (PC 664/459) because you tried to open the door while intending to burglarize the house. In other words, your act was considered a substantial and direct step towards the completion of the burglary crime.

Another example includes a situation where someone attempts to commit rape under California Penal Code Section 261. However, the victim is successful in resisting and able to escape before sexual intercourse occurs. It's important to note that a substantial step towards the commission of the crime means you actually did something that was more than just preparation.

The prosecutor would have to be able to demonstrate you had the specific intent to commit the crime. The legal penalties for attempt crime will depend on the nature of the attempted crime. Typically, attempt is punished by a sentence that is equal to one-half of the completed crime.

It should be noted an attempted crime is a lesser included offense of a completed crime, as long as the Los Angeles County prosecutor is able to prove the completed crime, the attempt crime is included. For example, you can be convicted of attempted burglary or burglary, but not both crimes.

If you have been accused of an attempted crime, you need to contact a Los Angeles criminal defense lawyer at Eisner Gorin LLP right away. The specific details are critical in any attempt crime offense.

Let us thoroughly review the case details and evidence in order to start preparing a strategy to defend you. Now that we have covered a general overview of California's attempted crimes law, let's examine the legal definitions, penalties and defenses below.

Legal Definition of an Attempted Crime

Under California Penal Code Section 21a, the legal description of an attempt consists of just two elements of the crime.

This means the Los Angeles County prosecutor must be able to prove, beyond any reasonable doubt, the following:

This legal description requires a closer examination of the keywords. Remember, the prosecutor has to prove both elements of the crime listed above in order to obtain a conviction.

A store security guard confronts and accuses you of attempting to steal the cosmetics. However, you had no specific intent to steal and the prosecutor would find it difficult to prove intent. In this example, you would not be guilty of the attempt crime in California.

A “direct step,” known as an act in furtherance, is an overt act that is more than just a plan or some type of preparation to commit a crime. It's an act that shows you are actually putting the plan into action. In other words, a direct step clearly demonstrates a definite intent to commit the crime.

It needs to be some type of direct action towards committing the crime after preparations. Again, it's critical to note that making plans or engaging in a discussion to commit a crime is not considered a direct step.

Under California Penal Code Section 664, the legal penalties for an attempted crime will depend on the underlying crime.

Attempt crimes can be either misdemeanors or felony offenses, depending on what crime you were attempting to commit. Most attempted crimes will result in the following penalties:

However, if the attempted crime carries a potential sentence of life in prison or the death penalty, you could be sentenced up to 9 years in a California state prison.

If you are convicted of premeditated attempted murder of police, firefighter, or corrections officer that was willful and deliberate, you will face a sentence of life in state prison with the possibility of parole after 15 years.

If you have been accused of an attempted crime under California Penal Code Section 21a, our Los Angeles criminal defense attorneys can use several defense strategies on your behalf. It's critical to note that every attempt crime charge has its own unique set up facts.

Therefore, any legal defense would first require a close review of all the details. Some of the most common legal defenses against an accusation of an attempt crime include the following:

No intent to commit the crime – As we have discussed extensively above, one of the main elements of the attempt crime is that the Los Angeles County must be able to prove you specifically intended to commit the particular crime.

This key element can often be quite challenging for a prosecutor as they must present evidence that proves your intent beyond any reasonable doubt. Our criminal lawyers may be able to cast some reasonable doubt on this main issue of specific intent. If we are successful, you can't be guilty of an attempted crime.

Remember, thinking about committing a crime is simply not enough to convict you. Thoughts are not a crime. Preparing to commit a crime is not enough. You simply can't be guilty of an attempt unless you took a direct step to commit the crime. It has to be an overt act, or a substantial step in completing the crime.

Other potential legal defenses include abandonment of the attempt crime, mistaken identity, insufficient evidence, or an unlawful arrest in violation of your constitutional rights.

If you have been accused of an attempted crime in violation of California Penal Code Section 21a, you need to immediately contact the Los Angeles criminal defense lawyers at Eisner Gorin LLP.

We know how to effectively challenge charges of an attempted crime. Let us thoroughly review the details in order to discuss your options. Contact us at 877-781-1570.