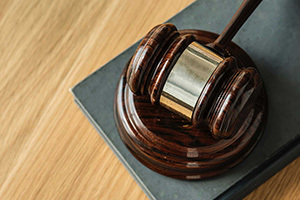 Our Los Angeles criminal defense lawyers may be able to pursue a bail reduction in your case.

Current California law provides for a cash bail system under which most defendants who appear in court are allowed to remain free in the community pursuant to a bail bond.

Most defendants do not have the resources to post the complete cash bail amount themselves, and so they employ a bail bondsman whose business is to post bonds on behalf of defendants for a fee.

The bondsman bears the risk of losing their bond to the court if the defendant fails to appear or otherwise violates the conditions or their release.

This system is likely to change in the coming years as California has already voted to eliminate cash bail in favor of a risk-factor system in which the probation department will be empowered to determine who should or should not remain in custody while their case is resolved.

This new system is currently tied up in litigation, however, and has not been implemented. Our California criminal defense lawyers review the process of pursuing a reduced bail below.

A major concern for many defendants, particularly those charged with felony level offenses, is the reduction of their bail. The practical reality is that fighting a criminal charge from outside custody is preferable in every respect to fighting it from inside custody.

The discomfort of being in custody in many cases provides a coercive incentive to defendants to accept plea deals in exchange for the promise of imminent release.

This can unfortunately result in case dispositions which are less than ideal, and may negatively impact the defendant's life for years to come, simply because the need to get out outweighs concerns about the fairness of the plea deal.

For these reasons, defense attorneys will often seek a bail reduction or bail review for their clients who remain in custody facing serious charges. The primary consideration when setting bail is the safety of the public and flight risk.

This concern is heightened when the defendant has significant means or contacts in other countries. The amount of bail is typically set according to the “bail schedule” in the county where the case is prosecuted.

In Los Angeles County, the schedule contains dollar amounts that correspond to each crime and additional factors related to specific offense characteristics, such as multiple victims or prior criminal history.

Also, for example, other factors for a judge setting bail at arraignment in Los Angeles County criminal courts deals with whether the defendant is a flight risk and whether they are a danger to the community at large.

These are two separate inquiries and important factors for a judge to consider when setting bail in a criminal case. Regarding whether a defendant is a flight risk, the judge is will review whether they have any prior failures to appear, and how much potential time in jail they may be facing.

If a defendant is facing life in prison, then clearly they are much more likely to be considered a flight risk. Another flight risk factor considered by the judge is whether or not they live in the jurisdiction, and how long they have lived there.

As far as the danger to the community, the judge will review the specific facts of the crime. For setting bail, a judge will assume facts are correct. Therefore, the more dangerous a defendant appears according to the facts before them, the higher the bail will be set.

The court has the authority to deviate from the bail schedule in either direction – increase or decrease – but the analysis always starts with the schedule, or presumptive, bail amount.

An effective bail reduction motion from the defense will address both public safety and flight risk and propose reasonable alternatives to cash bail which will ensure the defendant's future appearance in court. These alternatives can include electronic monitoring, home confinement, or others.

Recent case law suggests that a defendant whose appearance can reasonably be ensured by alternatives to cash bail should not be kept in custody simply because they lack the funds to pay a large cash bail.  In those cases, cash bail serves as a de facto detention order because of the economic reality of posting excessively large amounts of cash.

Timing the bail reduction motion correctly is critical as once a court denies a bail reduction request, it is not likely to reconsider its decision absent changed circumstances. For this reason, the most effective possible presentation should be made on the first attempt. Assistance from the defendant, and their family members and friends, is therefore critical.

All mitigating documents and information should be presented as part of the pitch for lower bail. This can include letters of support, a resume, documentation of work history, information about proposed housing after release from custody, etc.

All information should be presented which demonstrates to the court that the defendant will comply with the terms of bail and pose no threat to the public during the pendency of the case.

If you or a family member is facing criminal charges and has concerns about the amount of bail, please contact our experienced criminal defense attorneys for a consultation. Retaining an attorney and showing you are ready to address the charges is another factor showing you are preparing to address the charges you are facing and not a flight risk – and accordingly a reasonable bail should be set.

Our attorneys have extensive experience preparing, filing, and litigating effective bail reduction motions in court. Securing a reasonable bail which allows the defendant to fight the case from outside custody is a critical part of the overall defense strategy.