Accessory After the Fact Laws in California - Penal Code Section 32 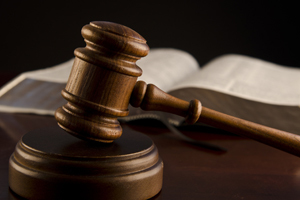 Penal Code 32 PC makes it a crime to harbor, conceal, or aid someone you know committed a felony to help them avoid arrest.

Accessory after the fact offense is covered under California Penal Code Section 32. It's a crime to harbor, conceal, or aid someone you know committed a felony to help them avoid arrest, trial, or being convicted.

In simple terms, an accessory after the fact crime is when an individual who has knowledge that another individual has committed a crime, yet they assist them in avoiding an arrest after the crime was committed.

An example in Los Angeles County includes a situation someone commits an armed robbery and shoots the clerk. They run over to a friend's house and let's them know what happened and to help them hide from law enforcement.

The friend helps them avoid capture by giving them some money, loaning them a car for an escape, and helps them dispose of the weapon. Another example is allowing someone to stay in your home to avoid capture when you know they have an outstanding felony arrest warrant.

Yet another example of an accessory after the fact crime is when someone allows their friend to store their vehicle in their garage after they knew it was used to commit a felony offense.

Penal Code Section 32 is known as a “wobbler,” which means the Los Angeles County prosecutor can file the case as either a misdemeanor or a felony crime.

No Duty to Report

It's important to stop and make note here there is no duty to report. This means they can't be guilty of being an accessory after the fact crime because they know a crime occurred, but don't report that crime to the police.

Additionally, if someone is present when another person commits a crime, they are not necessarily committing an accessory after the fact to a crime.

Why? Being and aider and abettor is when an individual actually participates in committing a crime in some manner.

If you are under criminal investigation, or already charged with accessory after the fact, you need to consult with a Los Angeles criminal defense lawyer at Eisner Gorin LLP immediately.

Don't make any statements to police as you might incriminate yourself. Any statements will be used against you later in court. Let our highly experienced attorneys review the details in order to determine your best legal options moving forward.

Now that we have covered a basic overview of an accessory after the fact crime, let's review the legal definition, legal penalties, and defense below.

Under California Penal Code Section 32, accessory after the fact is legally defined as follows:

As stated above, accessory after the fact crime is NOT the same as an aiding and abetting offense under California Penal Code Section 32. Aiding and abetting means you somehow participated in committing the crime.

Accessory after the fact means you assisted someone in avoiding arrest after they committed a crime, but you did not actually participate in the crime itself.

See related information: What is aiding and abetting?

In order for the Los Angeles County prosecutor to obtain a conviction for being an accessory after the fact, they must be able to prove, beyond any reasonable doubt, the following elements of the crime:

In order to determine if you meet all these elements of the crime, the prosecutor will typically review important factors. This includes your relationship to the person who committed the crime, and if you were present at the scene of the crime.

There are a wide range of examples where you could be liable as an accessory after the fact. These include helping them flee the scene of the crime, destroying physical evidence, knowingly lying to the police, and help them hide from law enforcement. Call our Los Angeles criminal defense law firm for more detailed information.

As stated above, an accessory after the fact offense is commonly known as a “wobbler.” This means the Los Angeles County prosecutor has the discretion to file the case as either a misdemeanor or felony crime.

There are a variety of potential legal defenses our Los Angeles criminal defense attorneys could utilize to defend you against charges of accessory after the fact, in violation of Penal Code Section 32. These legal defenses include:

Lack of knowledge – In some cases, our lawyers may be able to show that you did not know the person had committed a felony crime. This would include situations where you may have helped conceal someone, but you simply had no knowledge a felony was committed. If we are successful in creating reasonable doubt, you should not be found guilty of being an accessory after the fact.

No intent – In some cases, our criminal attorneys might be able to show you did not intend to help the person avoid arrest. You may have been just an innocent bystander. If you don't harbor, conceal or aid someone with the specific intent to help them avoid arrest and punishment, you can't be an accessory after the fact.

Remember, just failing to report a crime, or refusing to provide information about a crime, or even denying a crime was committed because you don't want to become involved, does not qualify as an accessory after the fact offense.

Duress or coercion – In certain situations, our lawyers might be able to argue that while you did in fact commit an accessory after the fact crime, you only acted because you were under duress or coercion from the person who committed the felony crime. Duress means you acted because another person gave you credible threats to harm or kill you if you did not do what they told you.

False accusation or mistaken identity – In some cases, our lawyers might be able to show you were falsely accused or a victim of mistaken identity. It's not uncommon for a witness to misidentify someone in the heat of the moment.

Maybe you matched the description, but were not the actual person who was identified. Mistaken identification is a very common reason for a false arrest and wrongful convictions.

If you are facing allegations of being an accessory after the fact, in violation of California Penal Code Section 32, you should call a Los Angeles criminal defense lawyer at Eisner Gorin LLP as soon as possible.

Our attorneys will closely examine the specific details in order to develop an effective defense strategy. We offer a free immediate response. Contact us at 877-781-1570.