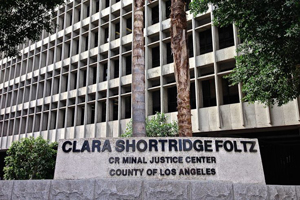 Extradition is a legal process when one state can transfer a convicted or suspected criminal to another state to stand trial or face sentencing.

Extradition laws in California are covered under California Penal Code Section 1548.1 thru 1558. In basic terms, extradition is a legal process when one state can transfer a convicted criminal or suspected criminal to another state to stand trial or face sentencing.

The Uniform Criminal Extradition Act (UCEA) grants extradition authority to criminal courts across the United States, which allows them to transfer you to another jurisdiction in order to face charges for a crime you allegedly committed in that state.

This same legal authority is also given to California criminal courts. Extradition into California can happen when you allegedly commit a crime, violate the conditions of probation or parole, and you leave the state. When this happens, you are known as a "fugitive from justice,” meaning you fled California to avoid being charged with or sentenced for a crime.

While not common, there are few situations when someone will move to another state when they don't even know they have pending criminal charges. However, in most cases, people who have been charged with a criminal offense, who know they will soon be charged, will travel to another state in an attempt to avoid prosecution.

California's extradition laws allow the Governor to return you back to the state to return to jail, face sentencing, go to trail, or to answer for alleged violations of probation or parole. It's important to note that before extradition is completed, which can take a significant amount of time; you are presumed guilty and will typically remain incarcerated in jail until your criminal issue has been resolved.

If you or a family member is going through the stressful process of interstate extradition in California, or being extradited back to California, call the Los Angeles extradition lawyers at Eisner Gorin LLP.

Our criminal defense law firm can answer your questions and can challenge the extradition at your hearing. Our criminal attorneys can negotiate with the prosecutor in an attempt to convince them not to move forward with your extradition.

We can use our well established relationships with prosecutors, police, and judges to persuade them to allow you to voluntarily deal with your pending legal matters instead of being extradited back to California.

It may also possible to negotiate for a reduced bail or own recognizance release (O.R) in order for you to return to California on your own. Our attorneys will need to first review the specific details in order to determine the best legal options. Now that we have covered a basic overview of extradition, let's take a closer look below.

The state that is demanding the fugitive from justice executes the extradition warrant. Before extradition, there is a court hearing in order to determine if arrest warrant and charges are valid, and that the individual in custody is the correct person who is wanted with the arrest warrant.

The fugitive will stay in custody throughout this process, which typically takes many weeks before a decision is made on whether they will be extradited. At this point, the fugitive has 2 options:

If they decide to challenge the extradition, they are entitled to a probably cause hearing with legal representation of a criminal defense lawyer. If they decide to waive extradition and return to the state with the active arrest warrant, they will remain in custody until they are transported back to face their charges.

After your arrest, you have the legal right to an evidentiary hearing and the right to retain a criminal lawyer who could challenge the extradition proceedings against you.

The demanding state has the responsibility to present sufficient evidence that your criminal charges are supported by probable cause. Under California Penal Code Section 1550.1, it states:

“No person who was arrested upon a warrant shall be delivered over to the executive authority demanding them unless they are first taken before a magistrate, who shall inform them of the demand made for their surrender, crime charged, and the legal right to demand legal representation.”

Extradition Process if Arrested Outside California

If you were charged or convicted of a criminal offense in California and were arrested in another state due to an active warrant, the prosecutor will typically make a request to the asylum state requesting extradition back to California.

It's important to note that before the prosecutor requests your extradition, they will normally consider the cost of extradition and the severity of your criminal offense. In most cases, misdemeanor crimes will not result in extradition.

If a Los Angeles County District Attorney's Office decides to seek extradition for someone who was charged with a here, they have to submit an application to the Governor. The application has to include the following information:

The application has to also include a statement that the district attorney believes that the "pursuit of justice" requires the arrest and extradition of the accused person back to California to deal with an outstanding criminal matter.

Next, the Governor will make a decision on whether to sign requisition to return the fugitive to California. If they determine extradition is appropriate, it's essentially a demand that the accused person, who is alleged to have committed a crime in this state who, escaped confinement, or violated probation or parole, be returned to California.

The Governor in the asylum state will issue a warrant to make sure the fugitive is arrested and held in custody for a maximum of 30 days; until an agent from California can pick them up and return them to the county where the crime was committed.

What if the Accused has Charges in the Asylum State?

If the accused who is incarcerated and being held on criminal charges in the asylum state, the California Governor will typically come to agreement with the asylum state to extradite them before the conclusion of the criminal matter or the completion of their sentence, on a condition they will be returned to the asylum state as soon as the prosecution in California has been completed.

Extradition Process if Arrested Inside California

If you were charged or convicted of a criminal offense in another state and were arrested in California due to an active warrant, the prosecutor in California in notify the demanding state that you have been arrested and in custody.

The Extradition Clause of the Constitution covers how extradition takes place between the states. Each state is considered sovereign over its own territory.

The United States Congress passed laws that specifically define the circumstances warranting extradition between the states.

The United States Code, 18 U.S.C. 3182, states the legal requirements to interstate extradition. Below are the most common Penal Code Sections that describe the procedure for extradition in California.

The demand must be accompanied by a copy of an indictment or affidavit made before a magistrate in the demanding state with a copy of any arrest warrant, or a copy of a judgment of conviction or sentence imposed.

The federal law that governs international extradition is covered in the United States Code 9-15.000. In basic terms, federal law on extradition says that when a demanding state is seeking to extradite a fugitive of justice from an asylum state, they have to deliver an indictment or affidavit that charges the fugitive with a criminal offense.

If you are facing extradition, our Los Angeles criminal defense law firm may be able to prevent you from being extradited using a variety of defense strategies. These include:

Mistaken Identity – In some cases, it's possible you may have been wrongfully detained because you are not the individual who was named on the arrest warrant. Our lawyers have seen cases where someone has the same name as the actual accused person, or your name was not spelled correctly on the warrant. In these types of situations, our attorneys may be able to successfully argue that you should not face extradition.

Invalid Documentation – In some cases, it's possible that the requisition application and legal documents may not be in compliance with California's extradition laws.

Our extradition attorneys may be able to find errors in the documentation that could cause a delay in the extradition process until the process is resubmitted. A delay could prove to be an advantage as it would give our law firm additional time to investigate your case and gather evidence to support our position against extradition.

If you have been charged or convicted of a crime in Los Angeles County, and have been arrested in another state, you will most likely face the extradition process. If you are facing extradition, call the Los Angeles extradition attorneys at Eisner Gorin LLP as soon as possible.

With our decades of combined experience in criminal law, we can explore some favorable legal options or even challenge the extradition and represent you at your extradition hearing.

The available defenses on your extradition will depend on the specific facts and circumstances of your case. Call our law firm at 877-781-1570.