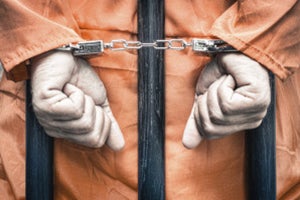 Penal Codes 1192.7, and 667.5 include the legal definition of serious felony offenses which can act as a “Strike” on your criminal record.

There are certain felony crimes that are considered a “strike” offense for the purposes of California's three strikes law, which is considered the one of the most severe sentencing statutes in the United States. These crimes can be either a serious or violent offense.

These criminal offenses are covered California Penal Code Section 1192.7 which sets forth the offenses automatically charged as a strike offense.

In other words, if you are convicted of any of these crimes, it will count as a prior strike. Typically, strike offenses will result in longer prison sentences for any subsequent felony convictions.

Furthermore, most serious crimes that are listed in PC 1192.7 will require you to serve a higher percentage of your sentence, but there are a few exceptions. Strike cases are by far the most significant when it comes time for sentencing.

Even more importantly, if you are charged with two or more strike cases, or you have two prior strike cases and then convicted of a third case, which doesn't have to be a serious or violent offense, you could be sentenced up to 25 years to life in prison.

The list of “serious” crimes under PC 1192.7 are normally presumed state prison crimes, meaning if convicted, your time will be served in a California state prison, as opposed to a Los Angeles County jail.

The vast majority of the crimes listed are also considered ineligible for probation, which means you will not be granted a probation sentence.

As you can see, California's sentencing system is sometimes highly complicated and many Los Angeles County prosecutors and criminal defense lawyers find it difficult to accurately calculate custody time.

The prosecutor has to allege the underlying crime as either a serious or violent conviction in the indictment against you. If you have been arrested for a serious or violent crime, you need to consult with a Los Angeles criminal defense lawyer at Eisner Gorin LLP immediately. Let's take a closer look at the legal definition and specific list of crimes below.

California Penal Code Sections 1192.7, 1192.8, and 667.5 include the legal definition of serious felony offenses which can act as a “Strike” on your criminal record.

A “serious felony” includes any of the crimes listed below:

Out of State Convictions

It should be noted that out-of-state convictions will count as a “Strike” for California's three strikes law if they would have qualified as a violent or serious offense if the crime was committed in the state of California.

In other words, even if the crime committed in another state didn't count as a strike in the where it was committed, it can still be eligible for a strike offense if the crime is listed under California Penal Code Section 1192.7 or 667.5. If you need additional information, contact a Los Angeles criminal defense lawyer at our law firm.

Legal penalties and sentencing for any of the crimes listed above will depend of the specific details and circumstances of the crime of which you are convicted. You past criminal history will also typically factor into any decision on legal penalties.

As stated above, it's important to note that if you are convicted of a serious felony crime, you will have to serve at least 85% of your sentence.

If you have been accused of a serious or violent crime listed under California Penal Code Sections 1192.7 or 667.5, you need to immediately consult with the experienced Los Angeles criminal defense attorneys at Eisner Gorin LLP.

A conviction for any of the crimes listed above is severe and life-altering. Let out lawyers review the details of your case in order to develop a strategy for the best possible outcome. Contact our law firm at 877-781-1570.