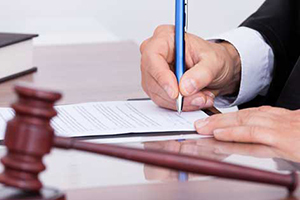 Under California Penal Code 851.8 PC, a factual innocence motion is used for the wrongfully accused and must be filed within two years of your arrest.

In California, there are cases where someone was arrested for a crime they did not commit. In other words, they were in fact innocent of any unlawful conduct and falsely accused of committing a criminal offense. This situation is more common than one may believe.

In some cases, people are falsely accused due to aggressive police tactics to reduce crime and they were simply in the wrong place at the wrong time.

Once arrested, there is always a record of the arrest available to law enforcement agencies who might later access their prior criminal history, commonly known as a “rap sheet.”

There are cases where innocent people have been arrested, but not formally charged with the offense because the prosecutor lacks the evidence for a conviction and will reject the case.

In other cases, charges might be formally filed, but later dismissed by the prosecutor before trial.

Then there are cases where the prosecutor files charges and takes the case all the way to trail, but the defendant was acquitted. In either situation, the arrest itself will create a formal record available to the public and will appear on a background check.

As you can see, this means if you were factually innocent of committing a crime, there is still a record of your arrest that can certainly have a negative impact on your future employment opportunities.

So, how can you get the record of your arrest removed since you never committed the crime in the first place? In California, if you can prove you were in fact innocent, you can file a “factual innocence motion,” under California Penal Code Section 851.8. If your motion is successful, your record will be sealed and destroyed.

This is different than an expungement. If you are granted a PC 851.8 motion, there will be no indication of your arrest or prosecution for the underlying offense on your criminal record.

It should be noted that while the burden is extremely high, you might be able to delete the arrest record by filing this factual innocence motion. Let's take a closer look at the actual motion and the process below by our California criminal defense lawyers.

What is a Factual Innocence Motion?

As defined under California Penal Code section 851.8, you might be able to obtain a factual innocence motion which would have your criminal record sealed and destroyed.

If your motion is granted by the Los Angeles County criminal court judge, it means the record of your arrest and criminal prosecution will actually be sealed and destroyed by the law enforcement agency that has jurisdiction over your case, the Los Angeles County prosecutor's office who handled your case, and the United States Department of Justice.

Further, the police department who made the arrest and Department of Justice will actually be ordered to seal all the arrest reports, booking photographs, and any other evidence that was obtained against you for three years if the judge deemed you factually innocent.

After this three-year period, they will be legally required to destroy the record pertaining to your arrest. Additionally, they are required to request destruction of any record of the arrest they provided to any local, state, or federal agency,

In the end, this means the record of your arrest and prosecution will not appear on any agency's record in the State of California. As stated above, this is different than an expungement because your criminal record will not have any notations that you were ever arrested or prosecuted for a crime.

If you believe you were wrongfully accused of committing a crime, our Los Angeles criminal defense lawyers at Eisner Gorin LLP can assist you in requesting a factual innocence motion under California Penal Code Section 851.8.

You must first petition the police agency who arrested you to destroy their record of your arrest. As stated above, the request for factual innocence must be made within two years of your arrest.

If the law enforcement agency fails to respond to your petition within 60 days upon receipt of your petition, or 60 days after the statute of limitations, or if they deny your petition, you can then petition the court who has jurisdiction over your case to grant an order that would require them to seal and destroy its record of your arrest.

This means your criminal record will not show you were arrested for a crime, only that you were detained.

The Los Angeles County criminal court will schedule a hearing in order to make a determination whether you are factually innocent. During the hearing, our lawyers will make an argument for you your factual innocence by giving the court declarations, police reports, affidavits, or other forms of relevant evidence.

The most common type of evidence that can be useful in proving your factual innocence includes the following:

It's critical to stop here are note you have the initial burden of proof to show that no reasonable cause exists to believe you committed the crime for which you were arrested.

Based on the evidence shown to the court, the judge will then decide whether to grant or deny your petition for factual innocence.

What Happens If Factual Innocence Motion is Granted?

If the judge is convinced there was no reasonable cause for your arrest or prosecution, they will grant your petition for fractural innocence. They will issue an order that will legally require, for the first three years, that the police department, prosecutor, and Department of Justice to seal record of arrest, mug shots, evidence, booking information, and court records.

This mean any potential employers will not be able to see any records on a background check showing you were arrested or prosecuted.

While all the agencies above will still maintain a copy of your arrest record for three years after your successful factual innocence motion, the record will be sealed and can't be disclosed to potential employers.

After that three-year period has passed, the record will be physically destroyed and these agencies will no longer have any record of your arrest.

This also means that if you are in a situation where a prospective employer asks you whether you have been arrested or convicted of a crime, you can legally answer no.

Why File a Petition for Factual Innocence?

It's no secret that a criminal record will typically make it very difficult to navigate life on a normal level. For example, applying for employment, an apartment, bank loan, passport, or enroll in college, you will normally have to go through a background check. If you record of arrest or prosecution appears, your applications could be denied.

Another example involves an arrest or prosecution for domestic violence, which could prohibit your ability to own or purchase firearms. Also in some professions, an arrest could place your professional license in jeopardy.

In situations where you were arrested or criminal charged with a crime you didn't commit, just the record of that event will frequently have severe life altering consequences.

Fortunately, if you were unlawfully arrested for a crime, you have the option of pursuing a factual innocence motion.

At Eisner Gorin LLP, we know that being arrested for a crime you didn't commit can have a devastating impact on your personal and professional life. Our criminal defense lawyers can help you avoid the impact of a false arrest or prosecution by petitioning the police department and court to grant your factual innocence motion under California Penal Code Section 851.8. Our law firm will guide you through every step of the process.

The petition for factual innocence can be complex, and it's critical that you present to the court a solid case for sealing and destroying the records of your wrongful arrest. Retaining an experienced lawyer to handle all aspects of your factual innocence petition will give you the best chance at a favorable outcome.