What is Aiding and Abetting in California? 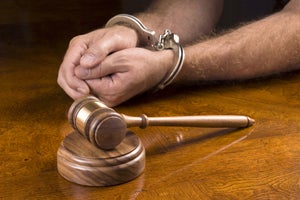 California Penal Code 31 “aiding and abetting” charges means you are being accused of helping someone commit a crime.

In basic terms, “aiding and abetting” means you are being accused of helping someone commit a crime. Even if you did not have any participation in the actual crime itself, a criminal charge of aiding and abetting can be filed against you for directly providing assistance to another person committing a crime.

A criminal prosecution for aiding and abetting is commonly known as being an accomplice, which is the act of being criminally complicit.

The theory behind aiding and abetting is that if you helped someone commit a crime, you are just as guilty as the individual who physically committed the offense.

In Los Angeles County, there are many common cases where the prosecutor will pursue aiding and abetting charges.

For example, if two individuals decide to rob a convenience store and one of them walks in the store, pulls out a weapon and demands all their money, while the other individual sits in the getaway car, both of them can be held equally responsible for the robbery.

However, the prosecutor will need to be able to prove the driver knew his buddy intended to rob the store and they were waiting for him to come out to drive him away for the scene.

If you have been accused of aiding and abetting, it's critical that you do not make any statements to Los Angeles police detectives.

It's possible you might incriminate yourself and everything you say can be used against you later in court. Politely decline to answer any questions without consulting with an attorney.

Next, you should contact a Los Angeles criminal defense lawyer at Eisner Gorin LLP. Our top-rated attorneys will closely examine the specific details to start building an effective defense strategy.

We have discussed the basic meaning on aiding and abetting above, now let's examine the legal definition below.

Under aiding and abetting laws in California, you can be held liable if you facilitate or aid someone in the commission of a crime. Likewise, you could also face the same legal penalties as the person who directly committed the crime. California Penal Code Section 31 legally defines aiding and abetting as:

Aiding and abetting is not a separate crime, but provides Los Angeles County prosecutors a way to charge anyone who was part of the crime, even though they didn't directly participate. There does not have to be a prior agreement to commit the crime, you could face aiding and abetting charges just for your voluntary involvement.

It means you are accused of providing some type of assistance in the commission of a crime, by saying or doing something to further criminal conduct. The language “aid and abet in its commission” means you were an accomplice to the crime other than actual perpetrator.

By law, “accomplice” means you actively participated, even though you did not take part in the actual criminal offense.

Another common example in Los Angeles County is a situation where one individual keeps a “lookout” position while another individual commits an armed robbery. Just witnessing a crime in progress does not make you a subject for criminal prosecution.

Elements of an Aiding an Abetting Crime

In order to be convicted of aiding and abetting, the Los Angeles County prosecutor has to be able to prove, beyond any reasonable doubt, certain elements of the crime. These elements include:

It's important to make note that while the legal language might make it appear that you have to aid or encourage a criminal offense in advance, this is not always true.

If you were in a situation where the crime was being committed, even with no prior knowledge, and at that moment you encourage, aid, or facilitate the crime, you could still be found guilty for being an accomplice. You DO NOT have to be present at the crime scene to be convicted of aiding and abetting.

The key question is whether you in any way, either directly or indirectly, provided aid to the perpetrator in the form of encouragement or actions.

See related information: Accessory After the Fact Laws in California.

Under California law, you could face the exact same legal penalties for aiding and abetting as the person who actually committed the crime. If you aid and abet another individual during a crime, you could be referred to what is commonly known as an accessory before the fact.

There is no individual distinction between and accomplice and the actual perpetrator.

Therefore, if you are convicted of aiding and abetting under California Penal Code Section 31, you will be regarded as a principle to the offense and will be subjected to the same legal consequences as if you committed the crime.

See related information: What is a Criminal Conspiracy?

Aiding and abetting charges are typically used when the Los Angeles County prosecutor wants to charge you with a serious criminal offense. An experienced Los Angles criminal defense attorney at our law firm could use a wide range of legal defenses against the accusation that you assisted or encouraged the commission of a crime. These legal defenses include:

If you or a family member has been accused of aiding and abetting, you need to call the Los Angeles criminal defense law firm of Eisner Gorin LLP as soon as possible.

Our lawyers have over five decades of combined experience and have developed effective defense strategies and have the skills to defend you against aiding and abetting charges.

We provide a free immediate response.