What is False Imprisonment Charges in California? 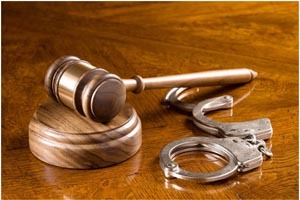 California Penal Code 236 PC false imprisonment law makes it a crime to unlawfully deprive another individual of their personal liberty.

This means if you intentionally detain another person without a legal right to do so, and they are not allowed to leave when they want, they are considered falsely imprisoned.

It's similar to kidnapping charges under California Penal Code Section 207, but kidnapping requires a defendant to move the individual a substantial distance.

When a person is simply held or restrained against their will, it's considered a false imprisonment offense.

Our Los Angeles criminal defense law firm has seen many different situations where someone was charged with false imprisonment. Some common examples include domestic violence situations. For example, during a heated argument, the husband grab's his wife's arms and prevents her from leaving.

Another example includes situations where someone is riding as a passenger in a car, becomes involved in an argument with the driver and asks to be let out.

If the driver refuses, this conduct could be considered false imprisonment. False imprisonment can be charged when the confinement, detention, or restraint only last for a short time.

Even though a false imprisonment charge is not on the same level as a kidnapping charge, it's still a serious crime with potentially harsh legal consequences. Depending on the facts and circumstances of the case, false imprisonment can be charged as either a misdemeanor or felony crime.

If you have been accused of false imprisonment, you need to contact the experienced Los Angeles criminal defense lawyers at Eisner Gorin LLP immediately. Do not talk to police detectives as you risk making incriminating statements.

Let's examine the legal definition of false imprisonment below.

Under California Penal Code Section 236, the legal definition of false imprisonment is the unlawful violation of the personal liberty of another.

Violating another person's liberty means sustained restriction or their liberty through violence, duress, fraud, deceit, or a threat of unlawful injury under circumstances where the individual receiving the threat reasonably believes that the person making the threat can carry it out.

In order to be convicted of false imprisonment, the prosecutor must prove certain elements of the crime, including:

As you can see under Penal Code 236, it's a crime to restrain another person's freedom or movement against their will. False imprisonment is typically a misdemeanor offense. If convicted, the legal penalties include up to one year in a county jail and a $1,000 fine.

You could be charged with a felony false imprisonment offense if violence, menace, fraud, or deceit was used in the restraint. Menace means a threat of violence that does not have to be communicated verbally, but could simply be implied by your behavior.

If convicted of a felony crime, you could receive up to three years in a California state prison and a $10,000 fine.

If the victim was elderly or dependent, the jail sentence could increase to four years. If the false imprisonment was for the benefit of a criminal street gang, there could be a 15 year to life enhancement added under California Penal Code Section 186.22.

What Are Some Possible Legal Defenses?

An experienced criminal defense lawyer can use a variety of legal defenses against charges of false imprisonment. These include:

This means you do not have to actually physically restrain someone to be guilty of false imprisonment. It's also important to make note that you can be charged with a felony false imprisonment offense even you did not commit actual violence on the victim.

If you just caused the victim to feel fear of potential physical violence through your actions if they attempted to leave the location, you can be charged with a felony crime. It's also possible to face felony charges if you restrained someone against their will using deceit or fraud.

Without a skilled criminal defense attorney, your story may go untold and you could be facing harsh legal consequences, including years behind bars.

Don't let your case spiral out of control. Contact a Los Angeles criminal defense attorney at Eisner Gorin LLP to review all the details and discuss immediate options.