What Does It Mean To Be Charged With a “Wobbler” Offense In California? 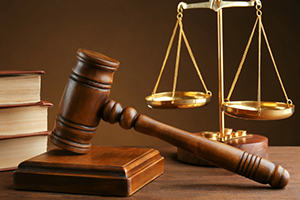 There are certain California crimes known as a "wobbler" that can be filed as either a misdemeanor or felony offense.

There are certain criminal offenses that a prosecutor can file as either a felony or misdemeanor crime. These offenses are commonly known as a “wobbler.” When a prosecutor is making their decision on how to file a case, they typically consider major factors such as the specific facts of the case and your criminal history.

For example, if you have a lengthy rap sheet, the prosecutor is more likely to file your wobbler case as a felony crime. On the flip side, if you have no prior criminal history and there is evidence to mitigate your culpability in the crime, you are more likely to face a misdemeanor case.

The term “wobbler” is frequently used in Los Angeles County criminal courts with regards to the legal penalties and sentencing involved with some California crimes, but most are not familiar with its actual meaning.

It's important to note that a judge can also decide to punish a wobbler as a misdemeanor offense even if you were convicted of a felony wobbler crime, and you might be able to petition the court to reduce your felony conviction to a misdemeanor.

In California, there are many types of crimes that qualify as a wobbler. These include domestic violence, fraud crimes, theft crimes, and sexual related crimes. Typically, you won't know whether you will be charged with a misdemeanor or felony crime until formal charges are actually filed by the prosecutor.

If you have been charged with wobbler crime, you should consult with the California criminal defense lawyers at Eisner Gorin LLP to review the details of your case and to start preparing a strategy to obtain the best possible outcome.

Why is this decision on how the case is filed so important? Clearly, the difference between a misdemeanor or felony conviction is very significant. A felony conviction can result in time in a California state prison, loss of rights to own or possess a firearm, and the right to vote in elections.

Additionally, a felony on your record will make it difficult for you to find employment, housing, and you could lose a professional license.

A misdemeanor conviction carries a maximum sentence of one year in a local county jail. It should be noted there are a few offenses known as a “wobblette,” that can be charged as either a misdemeanor crime or just an infraction, which is not considered criminal. A common example includes California Vehicle Code Violations such as exhibition of speed or driving with a suspended license.

For example, the Los Angeles County prosecutor has three years to charge you with a DUI causing injury even in a situation where they end up deciding to file the case as a misdemeanor charge.

Factors Used by a Prosecutor to Decide

If your unlawful behavior was severe, or you have a long criminal record, you will most likely face a felony charge. In some cases, our experienced criminal defense lawyers may be able to make an argument your behavior and history don't justify a felony case. We have been successful through our pre-filing intervention to negotiate with the prosecutor and avoid the filing or formal charges.

A judge has the authority to reduce a wobbler felony to a misdemeanor if there are mitigating circumstances of the crime, meaning there are certain factors present that could be argued for the judge to lenient. The main factors are lack of a criminal record, specific role in the crime, victim restitution, voluntary cooperation, behavior while on probation or parole, among others.

It may be possible to get an expungement of a wobbler conviction, meaning it won't have to be disclosed on a job application. In order to be eligible for an expungement, you must have successfully completed or received early termination of probation. However, you are not eligible if you served time in a California state prison or convicted of a sexual related crime against a minor.

If you have been charged with a wobbler offense, our experienced criminal defense lawyers understand the most effective arguments to negotiate with a prosecutor or judge to minimize legal penalties by having your case filed as a misdemeanor rather than a felony case.

As you can see above, the difference between a felony and a misdemeanor can be life-altering. We serve clients throughout Southern California, including Los Angeles County and the San Fernando Valley. Contact our law firm to review the details of your case at 877-781-1570.