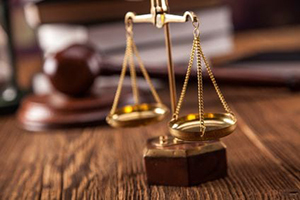 Most people who are arrested and charged with domestic violence are first time offenders who have never been arrested for any type of crime.

This means they have no experience with the Los Angeles criminal justice system and are not familiar with how the court process works, and simply don't know what to expect.

The criminal court process after a domestic violence arrest is often very stressful and has the real potential of dividing a family.

First, it's important to note that Los Angeles police, prosecutors, and the court consider domestic violence a serious issue.

In some domestic violence cases where the victim suffered a serious injury, you could be facing felony charges under California Penal Code 273.5 – corporal injury to a spouse.

However, most domestic violence cases are filed a misdemeanor case under California Penal Code 243(e)(1) – domestic battery, where the prosecutor will have to prove all the elements of the crime listed under CALCRIM 841 Jury Instructions to convict you.

A typical domestic violence case begins with a call for the police to respond to the scene.

Most domestic incidents start with a verbal argument between spouses, people who are dating, or a cohabitating couple.

After the police arrive, they will separate the couple and question them separately. Their primary goal is to eliminate risk of further conflict.

They will ask about any history of abuse and details of the incident. Next, they will determine if there was a crime committed by looking for visible marks or a claimed injury.

They will also attempt to elicit incriminating statements.  If probable cause exists to believe that domestic violence occurred, then they are obligated to make an arrest. At this moment, the criminal court process will soon begin.

It can't be overstated that anyone who has been arrested for domestic violence needs to consult with an experienced criminal defense attorney who is familiar with effective defense strategies, including prefiling intervention to potentially avoid the formal filing of charges.

In order to give readers useful information on the domestic violence criminal court process, our California criminal defense attorneys are providing an overview below.

What Happens Before a Court Arraignment?

As stated above, all domestic violence cases start with an arrest of one or both parties after an incident.

Most people who are arrested for domestic violence will normally be required to post bond to get released from custody.

The case will typically get assigned to a detective from a domestic violence unit. Thy will review the police arrest report and follow up with an investigation.

Police detectives who are assigned to a domestic violence cases will make contact with the people involved to obtain details of the incident.

Any comments you make to detective can be used to build a strong case against you.

Once their investigation has been completed, the detective will make a filing recommendation and send the case over the prosecutor's office to formally file charges.

In order to defend yourself against a domestic violence case, it is crucial to retain a criminal defense lawyer early in the case who might be able to intervene before the case is submitted for filing consideration.

This is known as “prefiling intervention” and it might be possible to avoid formal filing of criminal charges. It should be noted here that it simply doesn't matter if the alleged victim wants to drop the case.

In a domestic case, the first court appearance in known as the “arraignment.”

This is where you will be told of the exact charges against you and you will have to enter a plea, which in most cases that means a “not guilty.”

Your criminal defense lawyer will be given a copy of the complaint and the police incident report.

In California, there are many domestic violence offenses that known as a “wobbler.” This means the prosecutor has the discretion to file the case as either a misdemeanor or felony crime.

If you are charged with a felony domestic violence case, you will be required to personally appear at your arraignment and all future court dates.

If you are charged with a misdemeanor case, the judge will normally require you to appear at the arraignment, so you can be served with a protective order.

In most domestic violence cases, the prosecutor normally considers the safety of the alleged victim.

They will frequently request a protective order that you prohibit you from making any type of contact with the victim while the domestic violence charges are pending.

Again, even in a situation where the victim informs the court they don't want an emergency protective order, the judge will usually issue a protective order at the time of arraignment.

In some cases, the judge might allow a “level one” protective order permitting peaceful contact between couple.

However, the judge will often order a full protective order that prohibits any contact.

Additionally, the judge could amend the protective order allowing contact if the victim tells the court they wish to have contact with you.

If you enter a plea of not guilty at the arraignment, the judge will set a later date for a pretrial.

It should be noted there are frequently more than one pretrial during the course of your domestic violence case.

The prosecutor and criminal defense lawyer will normally exchange discovery at a pretrial and make an attempt to negotiate and settle the case.

In situations where the prosecutor believes the case is weak, or they have a victim that doesn't want to cooperate, they will normally consider reducing or dismissing the charges.

If your criminal lawyer and prosecutor can't reach an agreement on how to resolve the case, then it will be set for a trial date.

Trial for a Domestic Violence Case

At your trial, the prosecutor must be able to prove the domestic violence charges beyond a reasonable doubt. In situations where the victim is uncooperative, they can still proceed with the trial.

They may be able to use the victim's prior statements, but there are limitations.

Once the prosecutor and criminal defense lawyer have had the opportunity to present evidence and cross examine witnesses, then the jury will deliberate in order to determine whether you are guilty or not guilty. If convicted, you will then face sentencing.

If you or a family member has been arrested for a domestic violence offense, you need to consult with our Los Angeles criminal lawyers immediately.

We have decades of experience defending clients against all types of DV cases and our early intervention into a case has resulted in charges being reduced or dismissed entirely.

Eisner Gorin LLP are a highly experienced team of Los Angeles domestic violence attorneys with a record of success.