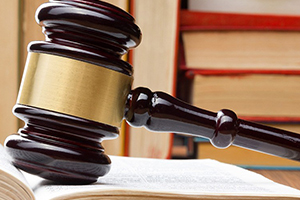 Our Los Angeles domestic violence lawyers might be able to negotiate with prosecutors for reduced charges with lesser penalties.

In Los Angeles County criminal courts, domestic violence and abuse in the home accusations are taken seriously by prosecutors. They will normally aggressively pursue certain types of domestic violence cases during the court process and the penalties are often severe.

There is numerous common domestic violence related crimes in California, including:

Many are “wobblers” that can be charged as either a misdemeanor or felony crime.

The penalties and sentencing depend on several factors, such as the level of injuries on a victim, prior criminal record, and whether children were present during the incident.

Obviously, seeking reduced charges through negotiation with the prosecutor can be the best strategy to obtain a favorable outcome.

The most common domestic violence charge is California Penal Code 243(e)(1), domestic battery (CALCRIM 841), which is filed by the prosecutor as a misdemeanor crime.

Others arrested for domestic violence are charged with California Penal Code 273.5, corporal injury to a spouse (CALCRIM 840), which can be filed as a felony crime.

Clearly, pleading to a lesser charge can help you avoid a domestic violence conviction along with specific harsh collateral consequences that would normally occur.

To give readers a better understanding of reduced charges in domestic violence cases, we are providing an overview below.

Reasons Why a Prosecutor Might Consider a Reduced Charge

There are many domestic violence defendants who need to accept a plea deal because the prosecutor has solid evidence against them. For instance, they:

In other words, they are in a situation where they can't deny the charges and a plea bargain is their best options.

Now, it's time to review the case with a criminal defense lawyer to figure out a lesser included charge in order to keep a Penal Code 273.5 domestic violence conviction off their record.

In other less obvious cases, there are numerous reasons why a prosecutor would consider reducing domestic violence charges, or even drop the case.

For example, the case could be difficult to prove at a trial. The victim and defendant have worked out their differences and the relationship is back on track and the victim may have asked the prosecutor to drop the charges.

It should be noted the victim can't drop the case and the prosecutor has the final authority on whether to pursue charges.

They often proceed with domestic violence charges even when the victim asked then to dismiss the case.

Still, a prosecutor might have hard time actually proving (CALCRIM 852b) a domestic violence case in a situation where the victim doesn't want to testify at trial.

However, it should be noted the prosecutor could issue a subpoena and force the victim to come to court to testify.

In situations where the victim is uncooperative, the prosecution might be willing to consider a reduced charge.

Another scenario where reduced charges might be considered includes a situation where the evidence is weak, or when the defendant might have a reasonable argument of self-defense.

What Are Some Reduced Domestic Violence Charges?

There are many reduced charges a Los Angeles County prosecutor might consider during domestic violence plea negotiations with a criminal defense lawyer.

For example, they might agree for a defendant to plea to:

These two charges are much less serious than a domestic violence of spousal abuse charge.

With these type charges, it would be much easier to explain to a potential employer or anyone conducting a background check.

A PC 415 disturbing the peace is typically associated with making loud noise.

A PC 602 trespass simply entering another person's property without consent. There would no connections to domestic violence related to that specific charges.

However, these two reduced charges are not always easy to obtain. You will need good mitigating factors on your side, such as a first-offense domestic violence case or there were no injuries to the victim.

Another example of a lesser included domestic violence charge is simply battery under California Penal Code 242.

A simple battery is harmful or offensive touching, meaning you could just push someone, grab something out of their hand, or other similar conduct.

Clearly, a PC 242 simple battery case is much better than having a stigma of a domestic violence conviction on your record.

Another less serious charge would be a domestic battery under California Penal Code 243(e)(1), which is a domestic violence-related offense, but doesn't involve visible injuries.

This makes it a lesser charge than corporal injury to a spouse under California Penal Code 273.5, where there must be visible injuries on the victim.

Any conviction for a crime of violence, such as PC 273.5 corporal injury to a spouse, will often carry many collateral consequences.

Any defendant who possesses a professional license, or applying for one in the future, could face disciplinary action if they are convicted of a domestic violence related conviction. For example, their license could be suspended or even revoked.

Additionally, a domestic violence conviction is considered a crime of moral turpitude,” meaning an undocumented immigrant could face deportation, excluded from admission, or denial of naturalization to become a United States citizen.

It should be noted that even if a domestic violence charge is reduced to a lesser offense, a defendant can still be subjected to certain mandatory sentencing provisions that are described under California Penal Code Section 1203.097.

Under this statute, a conviction that involves a victim who is a former or current spouse, cohabitant, boyfriend or girlfriend, a co-parent, child or other relative, would be subject to certain requirements of sentencing.

This includes a minimum 36 months of probation, issuance a protective order, mandatory requirement to complete a 52-week batterer's program, a $500 fine, along with other conditions.

It should be noted that even though there are many lesser charges related to domestic violence, the primary issue is whether the prosecutor is willing to consider a lesser included offenses.

This is why you need an experienced domestic violence attorney who is a skilled negotiator and knows how to persuade a prosecutor, what mitigating factors you have, and problems the prosecutor might face in proving the domestic violence case against you.

These are all important issues to consider in whether you might be able to get obtain a lesser charge.

Clearly, you will need a lawyer who is willing to aggressively fight for the best possible outcome.

You will need to work with your lawyer to prepare a mitigation package with character letters and information about your work and history. We will need to sway a prosecutor to give you something less than a serious domestic violence charge.

It should also be noted that even if you get a disturbing the peace as a lesser charge, you would probably still have to complete the 52-week domestic violence course.  Y

You will also likely be placed on probation as well. If you have been arrested for a domestic violence offense, call our Los Angeles domestic violence lawyers to review the details and potential options for a reduced charge.