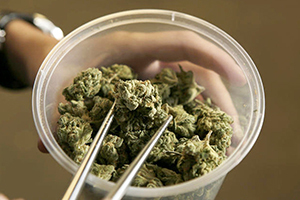 This article will review Los Angeles Municipal Code Sections 104.15 and 12.21, which is the criminal enforcement against landlords whose tenants operate illegal marijuana businesses.

The Los Angeles criminal defense law firm of Eisner Gorin LLP has been able to get many charges dropped and usually able to resolve with a fine and reduced offense.

Since the legalization of recreational marijuana use in California, many Los Angeles businesses have begun selling marijuana to consumers.

Even before legalization, many medical marijuana dispensaries operated in the Los Angeles area.

The reality, unfortunately, is that many – and possibly most – of these businesses are unlawful because of their lack of proper licensure or permitting.

This presents a particular issue for landlords who with most businesses reasonably assume that their tenants are lawfully carrying on commerce.

The City of Los Angeles has begun more aggressively targeting landlords for personal criminal liability as a way of discouraging unlawful marijuana businesses.

While this may strike a landlord who innocently believed their tenant was a legal business only to find themselves charged in criminal court as unfairly punitive and inequitable, this is the new reality of municipal code enforcement.

Accordingly, it is important for landlords to understand how these laws are being enforced and the possible criminal consequences of leasing or renting to an illegal marijuana business.

Several code provisions contained in the Los Angeles Municipal Code are being routinely deployed against landlords whose tenants carry on an illegal marijuana business. The first provision is a catchall provision of the municipal code which could be used in non-marijuana contexts as well.

LAMC Section 12.21(A)(1)(a) makes it unlawful for any structure or building to be used for any purpose other than that for which it is zone, and even then only after applying for and receiving all required permits and licenses required by law.

In the marijuana context, Section 12.21(A)(1)(a) is interpreted to mean that a landlord who owns a piece of property which is used by anyone, even a tenant without the landlord's knowledge, for an unlawful or unlicensed use – i.e. carrying on an unpermitted marijuana business – is liable criminally.

While recent constitutional law cases on the federal level open the possibility for future litigation about the requirement of mes rea in all criminal cases, this code section is currently being interpreted by prosecutors as essentially strict liability.

This means that the landlord is liable if the tenant is unlawfully carrying on a marijuana business even if the landlord reasonably did not believe this was the case.

The second LAMC provision which is important to understand is Section 104.15 which is directed specifically at marijuana activity.  For more detailed information, see LAMC Article 4 Cannabis Procedures.

Subsection (a)(3) of Section 104.15 makes clear that leasing to, renting to, or otherwise “allowing” an unlawful marijuana business to operate is a violation of the LAMC with potential criminal penalties.

This provision directly addresses the landlord-tenant situation and forecloses any ambiguity that landlords are liable criminally for their tenant's illegal marijuana activity.

Subsection (b) of Section 104.15 makes it further unlawful to lease, rent to, or otherwise allow an unlawful marijuana business to occupy any portion of a parcel of land beginning on January 1, 2018.

Again, this provision is directed squarely at landlords and land owners who, regardless of their knowledge, have a tenant who is carrying on an unlicensed or unpermitted marijuana business on their property.

Violations of the LAMC provisions discussed herein are misdemeanors, meaning they are criminal offenses in addition to potentially exposing the landlord to civil penalties.

The maximum penalty per violation of the LAMC's prohibitions on landlords leasing or renting to illegal marijuana businesses is six months in county jail plus fines and fees.

The reality is that jail time, particularly for first offenders, is rare though the City Attorney may aggressively seek fine payments and misdemeanor convictions even in cases where the landlord was reasonably ignorant of the unlawful business.

Simply trusting without verifying is no longer a viable option given the strict liability approach the government has turned to regarding these matters.

While in the past, it was rare to have a criminal case filed against a landlord without prior notification by law enforcement and an opportunity to evict the offending tenant, we have also seen recent cases in which no effort was made to warn the landlord or secure their voluntary cooperation.

If you, or someone you know, is a landlord who rents to a business which deals with marijuana, contact our office for a consultation regarding potential criminal liability and the steps to take to ensure that otherwise lawful renting and leasing activity does not become a basis for criminal liability.

Eisner Gorin LLP is a top-rated criminal defense law firm with a team of highly skilled lawyers with decades of combined experience.