Boating Under the Influence (BUI)

Boating Under the Influence (BUI) Laws - Harbors and Navigation Code 655

Have you been busted for boating while buzzed? Better known as boating under the influence, a BUI violates the California Harbors and Navigation Code 655.

This law makes it a crime to operate any boat, jet ski, watercraft, or vessel while under the influence of alcohol or drugs or with a blood alcohol concentration (BAC) of .08 or higher. Expressly, the BUI laws in California prohibit any following acts below. 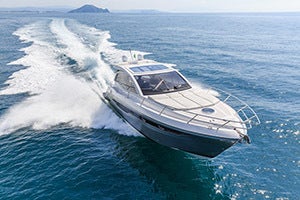 Boating under the influence laws in California are defined under Harbors and Navigation Code 655.

To operate a recreational vessel with a blood alcohol concentration of .08 percent or higher, similar to Vehicle Code 23152(b) VC driving with a vehicle with a BAC of .08 or greater.

To operate a commercial vessel with a BAC of .04 percent or higher and cause a bodily injury to someone similar to Vehicle Code 23153 VC, DUI causing injury.

Many California boat owners would never think of drinking while driving an automobile. Doing either is illegal and can bring severe consequences to those found guilty.

You don't even have to drive or sail a boat to be arrested. While jet skis and sailboards are covered, not everybody knows you can be arrested for drunk water skiing.

California takes BUI offenses very seriously as the combination of alcohol and boats can be just as deadly as with cars. In a California Boating Accidents Statistics report, there were 229 boating fatalities from 2012-2016.

What Are Typical Offenses?

You are considered under the influence if your mental or physical abilities are so impaired by the consumption of drugs or alcohol that you can't operate the boat with the caution of a sober person, using ordinary care, under similar circumstances.

Like a DUI, BUI charges may range from a simple, technical misdemeanor to a felony count resulting in prison.

Misdemeanor charges can result from such common violations as:

Even without a violation, law enforcement can detain you on reasonable suspicions, such as erratic behavior or a party on the boat. It's an automatic felony if anyone other than the offender is injured.

California Penal Code 836 authorizes a law enforcement officer to detain and arrest you for violations of Harbors & Navigation Code 655.

The U.S. Coast Guard is authorized under HN 655 to enforce California boating violations, including detention and arrest.

It is important to note that BUI can bring state and federal charges, depending on whether the water body falls under state or federal jurisdiction. Some bodies of water have concurrent jurisdiction.

What Are the Most Common BUI Charges?

Although alcohol is technically just another drug, it is treated differently under the law.

Depending on the level of intoxication or impairment, as well as whether an accident or injuries are involved, you may be cited or arrested on the following common charges below.

Harbors & Navigation Code 655(b): Any blood alcohol level (BAC) or proof of drug use is sufficient for prosecution. An impairment need not be proved.

Harbors & Navigation Code 655(c): With a BAC of 0.08% or higher, there is a “rebuttable presumption” of impairment.

Harbors & Navigation Code 655(e): When only drugs are involved, the impairment must be proved.

You could be charged with aggravated BUI if your conduct caused any bodily injury, even slight. Great bodily harm is not required.

However, the prosecutor would have to prove you did something unlawful while operating a vessel, and it caused the injury.

California also has a zero-tolerance policy for those under 21 with any amount of alcohol in their system.

What Are the BUI Penalties?

A BUI can be just as serious as a DUI. In some cases, it can even result in the suspension of your driver's license; your vessel can be impounded or even forfeited. A BUI can become a permanent criminal record.

As with any under-the-influence conviction, you will, at minimum, be ordered to pay fines and costs. You may also be required to attend an alcohol and drug education program.

As the seriousness of the alleged infraction increases, a misdemeanor conviction could also include a sentence of up to a year in jail and a fine of up to $1,000.

A felony conviction could be punished by up to three years in state prison.

The penalties will increase if you are convicted within seven years of a prior conviction for BUI, Vehicle Code 23152, DUI causing injury, gross vehicular manslaughter, and Penal Code 192.5 manslaughter from boating under the influence.

If you willfully refuse to submit to a chemical test after being requested by a police officer and then later convicted of BUI, the judge has the discretion to impose a longer sentence.

It should be noted that police can only request a chemical test if you are operating a mechanically propelled boat.

What are the Defenses for Boating Under the Influence?

The district attorney can “throw the book” at you. An experienced criminal defense attorney could get your charges reduced or dismissed and defend you in a trial if necessary.

For instance, Harbors & Navigation Code 655(e) allegation has the rebuttable presumption of impairment. Your attorney can dispute that charge in court.

Furthermore, a BAC of more than 0.08 can be challenged on several grounds, including the accuracy of the measurement and improper collection procedure. 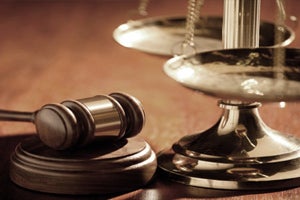 Contact our law firm to review the defense strategies for boating under the influence charges.

Chemical and breath tests can inaccurately measure your blood alcohol concentration. Perhaps the breath testing machine was not calibrated recently.

Perhaps the person drawing your blood was not adequately trained, or the samples were not correctly stored, sealed, or tested.

Perhaps the police lacked probable cause to arrest you for boating under the influence.

A competent lawyer can petition the court to dismiss the charges against you. Further, they can also negotiate reduced sentencing terms, including diversion, time served, and community service.