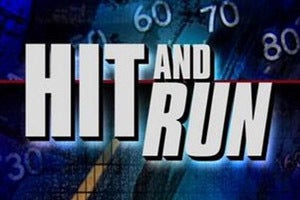 Under Vehicle Code 2001 and 2002 VC hit and run laws, drivers involved in an accident are required to stop and exchange information.

In California, regardless of fault, hit and run laws require drivers involved in an accident to immediately stop and exchange information.

Unfortunately, many drivers panic and immediately flee the scene of the accident, which can lead to serious criminal charges and potential harsh legal consequences.

At Eisner Gorin LLP, an experienced Los Angeles hit and run lawyer at our law firm will aggressively defend clients against misdemeanor or felony hit and run charges.

Our skilled hit and run attorneys have over 60 years of combined courtroom experience and have a track record of success.

Our lawyers will do everything possible to make sure you receive the attention, resources, and dedicated legal counsel that your case requires.

Misdemeanor and Felony Hit and Run Cases in Los Angeles

If the prosecution cannot prove even just one element beyond a reasonable doubt, the jury is required by law to find a not guilty verdict.

It is for this reason that an understanding of all of the elements of an offense is critical to preparing a defense for your case.

A Los Angeles hit and run lawyer at our law firm will clearly explain the legal process. Hit and Run can be a felony or misdemeanor depending on if anyone was injured.

For the crime of hit and run involving an injury in Los Angeles, sometimes referred to as felony hit and run (although it can be charged as a misdemeanor or a felony), the elements are:

Our Los Angeles hit and run lawyers will ensure our clients understand the exact nature of their criminal charges.

Accidents happen. Unless you are under the influence or cause serious injury to another person, the accident itself will rarely result in criminal charges. It's the period of time after the accident, however, where people find themselves in a tough spot.

Whenever you are involved in an accident causing damage to property or injury to a person, you are required to stop and exchange information with the other driver and render help, where necessary. The failure to do so is a violation of the Vehicle Code.

Whether the offense is a misdemeanor or a felony depends on the severity of the accident and whether anyone was injured. It does not matter if you were at fault for the accident.

If you find yourself in a situation where you have been involved in an accident but failed to stop and exchange information, contact a Los Angeles hit and run lawyer at out law firm immediately.

An experienced criminal defense attorney will take immediate steps to determine if a police report has already been filed or if an investigation is under way.

An experienced criminal defense lawyer at our law firm will assess the situation and communicate the relevant information to the investigating agency.

If possible, our attorneys will arrange to have the damages paid for (known as restitution) right away.

The full payment of restitution is often all that law enforcement wants to see done and may be enough to convince a detective or prosecutor to close the case without the filing of criminal charges.

A typical Los Angeles hit and run case can happen when the driver of a vehicle hits another vehicle and then, worried that he might get into legal trouble, drives away from the scene without stopping.

Consulting with our lawyers early in the legal process is critical. Consult with a Los Angeles hit and run attorney for more information about your case.

In the event that formal charges are filed, there are still ways to avoid a misdemeanor conviction.

If restitution is paid in full and the victim is willing to sign a statement saying they have been fully satisfied, most courts will grant a permanent stay of the proceedings based on the acceptance of what is called a Civil Compromise.

The Judge may do this even if the prosecutor objects.  If the victim is not willing to sign such a statement, in Los Angeles County, the Judge's are empowered to grant the defendant an opportunity to earn a dismissal of the charges.

However, they are not sentenced. Their sentencing is postponed for a year. In the interim, the defendant must pay full restitution, complete whatever affirmative obligations are imposed by the Judge (Community Service/Labor, for example), and remain arrest-free.

If the defendant is successful, then, at the time of the sentencing hearing, their plea will be withdrawn and the case will be dismissed.

For more information about avoiding a misdemeanor conviction, consult with a Los Angeles hit and run attorney at our law firm to review the details of your case.

Hit and Run involving an injury in Los Angeles can be charged in the following ways:

Hit and Run involving property is always a misdemeanor. The maximum penalty is six months in County jail.

Available challenges by a Los Angeles hit and run lawyer at our firm always depend on the facts of the case.

Given the serious nature of this charge, it is highly recommended that you consult with a Los Angeles hit and run attorney as soon as you are aware of an investigation into you or charges have been filed against you.

For example, our client was involved in a rear-end accident. He panicked and fled the scene without exchanging information with the other driver.

Later that day, he found the business card of an LAPD officer at his home. We were able to contact the officer and obtain the information for the other driver.

Restitution was paid within a few weeks and the investigating officer agreed to close the case.

In another case, our client was involved in a rear-end accident. He fled the scene and the other driver followed him while calling the police.

He was eventually pulled over, arrested, and charged with hit and run. He paid full restitution, but the other driver was unwilling to sign off on a Civil Compromise.

Our law firm was able to convince the Judge to grant Judicial Diversion with his only affirmative obligation being that he be recertified for driving by the DMV.

Our skilled hit and run lawyers provide a free immediate response to discuss the details of your case and explore your legal options.