There are several federal law enforcement agencies such as the Drug Enforcement Administration (DEA) and the Federal Bureau of Investigation (FBI) that are responsible for dealing with drug-related crimes. 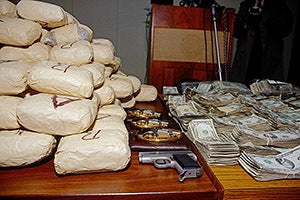 If you are the suspect or the target of a federal drug abuse investigation, such as drug trafficking, drug manufacturing, or drug smuggling, then you need to retain experienced counsel right away familiar with defending drug-related charges in a federal courtroom.

Most people know that the federal court process and sentencing guidelines are quite different than the state-level process. A federal drug crime conviction carries more severe penalties.

Further, an agreement to commit a drug crime between two or more people is considered a drug conspiracy and if the activity is connected to a criminal organization, such as a street gang or drug cartels, then you could be facing serious federal charges under federal racketeering, known as the RICO Act.

It seems like every time there's an election, another state votes to legalize marijuana. There are plenty of states, though, where it remains illegal.

It's gotten so that traveling across the country can be like playing drug hopscotch. Enjoy a hash brownie here; wind up enjoying the hospitality of the county jail there.

If you've been charged with a drug offense, no one would blame you for being confused. The truth is, only a qualified attorney may be able to sort everything out for you.

Our Los Angeles criminal defense lawyer will review the federal laws below.

Simple possession: if you have illegal drugs on your person, you can be said to “possess” those drugs.

That's known as “actual possession.” However, you can also be charged with “constructive possession.” This phrase refers to having access to illegal drugs, whether or not you physically possess them.

In other words, just because your Oxycontin is in your dresser rather than your jeans pocket doesn't mean you're off the hook. 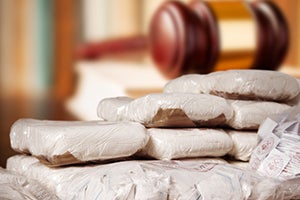 Drug trafficking  - 21 U.S. Code § 841: This is a far more serious offense and includes activities such as manufacturing and distribution.

“Trafficking” means you not only have illegal drugs for your use, but that you are participating in, or intend to participate in, spreading drugs to others.

While sometimes this crime can be cut and dried—a matter of catching you in the act of processing or selling—you can also be charged with drug distribution if you possess an amount deemed too much for personal use.

If you're caught driving around with 500 grams of heroin, the prosecution assumes you plan to traffic it.

You could also be convicted of drug trafficking defined under 21 U.S. Code § 841, which makes it a crime to:

If the offense involves one kilogram or more of heroin, then you are facing a mandatory minimum sentence of 10 years in prison and a maximum of life imprisonment.

If someone is seriously injured or dies as a result of the drug crime, which is an aggravating factor, you are facing a mandatory minimum sentence of 20 years in prison.

Drug importation  - 21 U.S. Code § 952:  If you are convicted of importing a controlled substance under this statute, that makes it a federal crime to unlawfully:

Of course, nothing is ever as simple as it seems, especially when it comes to the federal government.

The first complication of drug offenses has to do with what kind of drug you've been caught with.

The tipping point, in terms of amounts of a drug you can have before you are considered to be “trafficking,” differs depending on the schedule.

In addition, it's worth noting that while the official schedule lists marijuana in the same category as heroin, prosecutors and judges, for the most part, recognize that there are significant differences between the two and generally assign different penalties for both possession and trafficking charges.

Maybe the most important question regarding federal drug charges is what kind of penalties you face for possession or trafficking.

Again, the specific penalties vary based on the particular schedule of the drug you're caught with, but there are some basic guidelines.

While possession and trafficking are the primary drug charges under federal law, Title 21 also deals with other types of drug crime and special circumstances.

Because of its association with date rape, Flunitrazepam (Rohypnol) is treated as a special case. Possession can result in a prison term of up to three years and a fine.

Selling, importing, exporting, or shipping drug paraphernalia is likewise subject to a three-year prison sentence and a fine (21 USC § 863).

Anyone convicted of an offense punishable by more than a year in prison forfeits any property involved in the offense itself. This can include cars and even houses (21 USC § 853). 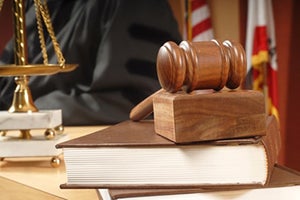 A federal drug conviction can mean you lose federal benefits, including grants, contracts, licenses, and school loans, for up to five years (21 USC § 862).

As more and more states vote to legalize marijuana and lessen drug sentences generally, pressure mounts on the federal government to do the same. For now, though, federal possession and trafficking, even of marijuana, remains a costly offense.

If you are under an investigation, or already arrested and indicted for a federal drug offense, you are facing severe consequences if convicted.

It might be possible to negotiate with the federal prosecutor for a favorable plea agreement such as a reduction in the charges with a lighter sentence.

Of course, our defense lawyers are fully prepared to take your case to a trial if that is in your best interest.

We are former prosecutors and know how the government will attempt to build their case against you.

Eisner Gorin LLP is based in Los Angeles County and you can contact us for an initial case review at (310) 328-3776, or fill out our contact form.