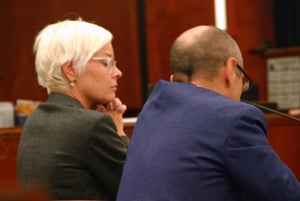 A retired soap actress pleaded guilty to driving under the influence and causing an accident that seriously injured the other driver. She originally pleaded not guilty after being charged with DUI causing injury, and felony DUI with a blood alcohol content of over .08 causing injury, plus special allegations.

She was sentenced to 1 year in county jail and 5 years probation after pleading guilty to DUI. The judge heard statements from the victim and his wife, who asked him to impose the maximum sentence of 6 years in a California state prison. Dmitry Gorin, one of her criminal defense attorneys, argued that during the past 16 months, she has remained sober and changed her life.

Mr. Gorin was quoted in the article: "The judge was swayed by the probation's recommendation she be allowed county jail time with probation instead of prison. She is looking to do some significant time in custody as a result of this sentence. She has expressed great remorse over what happened. We believe the decision made by the judge was supported by the facts, circumstances, probation report, and everything she did to show her commitment to sobriety." Read story here. 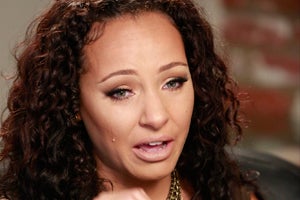 A Los Angeles County judge sharply reduce the $2-million bail that has kept Marion "Suge" Knight's fiancee incarcerated on charges accusing her of violating a court order by selling a key video in Knight's murder trial to the  website TMZ. Toi-Lin Kelly was arrested after a grand jury indicted her for conspiracy to violate a court order, obstruction of justice, and grand theft.

Typically, bail for these type of criminal offenses would be around $45,000. However, Los Angeles County prosecutors sought the multimillion-dollar bail because they believed she had been actively trying to help her fiance beat his murder case through illegal means.

The judge reduced her bail to $500,000 after deciding that accusations she engaged in witness tampering made her a threat to public safety, but made note that defendants charged with more serious crimes, such as murder or sexual assault, would normally face a lower bail than requested by prosecutors. Dmitry Gorin, one of her criminal defense attorneys, was quoted in the article.

He argued that the $2-million bail was "excessive and unconstitutional" for charges that should amount to a simple misdemeanor. "This is a murder bail,"Mr. Gorin said in arguments over the unusually high bail which began in a downtown Los Angeles courtroom. Read story here. 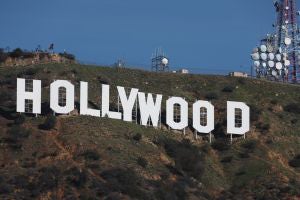 Casting directors have accepted guilty pleas involving the prosecution by the Los Angeles City Attorney's Office of five pay-for-play casting workshops that were accused of charging actors for auditions in violation of the California's Talent Scam Prevention Act.

Los Angeles criminal defense lawyer, Alan Eisner, represented one of the casting directors who entered a plea of no contest. Under the terms of deferred adjudication, his client agreed to serve 60 hours of community service at a North Hollywood food bank and another 30 hours teaching workshops. After one year, she can petition the court to have her case dismissed and have a clean record.

Mr. Eisner was quoted in the article: "She appreciates the opportunity to keep her record clean and move on with her life. The accusation was that she led a workshop that charged a fee for an audition or employment opportunity. I believe if she had the time, resources and energy to fight this at a trial, she would have been exonerated as she did not charge a fee, it was the studio.

Additionally, the participants attended the workshop voluntarily, nobody forced them to attend. The participants paid for the program because it was a beneficial learning experience. There was no opportunity for employment for the participants for attending this workshop. My client has led a law abiding life for her 65 years and her participation in casting educational workshops was consistent with that history." Read story here. 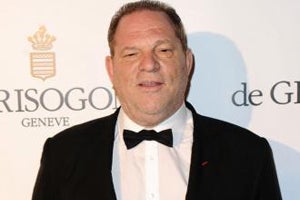 An Italian model had a meeting with Los Angeles police detectives where she gave a detailed account of new accusations against movie mogul Harvey Weinstein. Detectives from the Los Angeles Police Department's Robbery-Homicide Division's rape special section took her statement.

She claims he sexually assaulted her at a hotel in 2013. She said he dragged her into the bathroom and forcibly raped her. She is now the sixth woman to accuse Harvey Weinstein of rape or forcible sex acts. A spokesman with the Los Angeles police department has confirmed they have launched a criminal investigation.

This is the first sexual related case against Mr. Weinstein reported in Southern California. However, there are other active sex crime investigations involving Harvey Weinstein in New York and London, where police are investigating allegations made by three women. The new allegation in Los Angeles could lead to legal trouble for Mr. Weinstein because it falls within the 10 year statute of limitations for the sex crime that existed at the time of the alleged incident.

Los Angeles criminal defense lawyer and former LA County sex crime prosecutor, Dmitry Gorin, was quoted in the article: "It could open the door to a prosecution if the evidence exists." Until now, most of the sexual related allegations against Mr. Weinstein that had the potential to lead to criminal charges are more than a decade old. Read Story Here 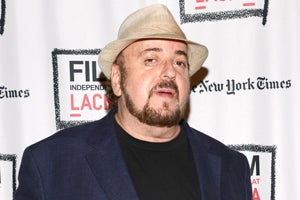 Filmmaker James Toback has been accused of sexual misbehavior by hundreds of women, including actress Julianne Moore. Police authorities in Los Angeles and New York have urged them to come forward and file a police report. After the Los Angeles Times reported that 38 women accused him of sexual harassment, many more have now described similar sexual related incidents.

According to a spokesman for the Los Angeles police department, they have not yet received any formal complaints and they have not launched a criminal investigation. The detective who works in the LAPD unit dealing with high-profile sex crimes said they have received several calls from alleged victims, but none of them have actually identified themselves.

Los Angeles criminal defense attorney and former sex crime prosecutor, Dmitry Gorin, said the potential criminal charges include sexual battery and indecent exposure, but there is a statute of limitations to prosecute these types of sex crimes, from one to three years. Additionally, without any third-party witnesses, the prosecutors could have a tough case to prove.

Dmitry was quoted in the article: "criminal defense lawyers could argue that with late reporting and no witnesses, there is insufficient evidence to prove the case beyond a reasonable doubt." An investigation from the LA Times detailed a pattern of behavior over several decades where the alleged victims reported he bragged about his movie credits and relationships with other movie stars and would then ask them explicit sexual related questions and ask them to take off their clothes. Read Story Here. 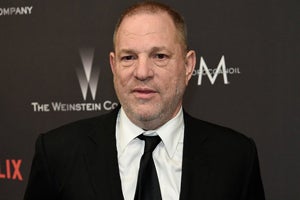 There are several active criminal investigations under way in New York, Los Angeles, and London against movie mogul Harvey Weinstein. Legal experts are offering their assessment on it will take for him to face criminal charges and whether he may spend time in prison. He is facing accusations of sexual misconduct and assault from over 50 women.

Mr. Weinstein denies any allegations of non-consensual sex and acts of retaliation against women who refused his sexual advances. The Los Angeles police are currently investigating Mr. Weinstein after an Italian model provided a detailed account of an alleged sexual assault in 2013.

They are also investigating a separate accusation of a lewd conduct incident in Beverly Hills. In New York, the District Attorney is expected to seek an indictment after actress Paz de la Huerta accused Mr. Weinstein of rape in 2010.

Los Angeles criminal defense attorney and former prosecutor, Dmitry Gorin, was quoted in the article: “An indictment usually means a grand jury has reviewed the testimony of the witnesses and decided that there's enough to charge him, but defense attorneys do not participate in grand juries. This is where the old saying ‘you can indict a ham sandwich' comes from because the burden of proof is so low.”

Mr. Gorin also said that given the media attention on the case, the DA will most likely not want to seek an indictment without a solid case. Dmitry said “Anytime you have a high-profile case, the district attorney's office know they're going to be under the microscope.” Read Story Here. 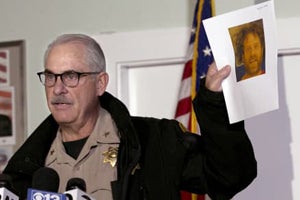 The screaming and gunfire coming from Kevin Neal's mobile home was so disturbing that residents called the Tehama County Sheriff's Office to complain. When deputies arrived, they could not pinpoint the exact source of the gunfire. The suspect was well known in the area for firing off guns and threatening neighbors, even though he was barred from having gun possession.

Earlier this year, a court ordered him to turn in all of his weapons as part of a temporary restraining order that was granted to residents who claimed he was harassing them. Court records show the neighbors still complained about gunfire and other issues. Recently, the suspect went on a rampage that killed five people in several shootings.

Later, he was killed by sheriff's deputies. Law enforcement authorities are now facing questions about why more was not done to make sure he was complying with the order. Court records show he also faced multiple felony criminal charges, including robbery, assault with a deadly weapon, negligent firing of a firearm, battery and false imprisonment by violence.

Legal experts said law enforcement should have responded more aggressively to the neighbor's reports since the suspect was facing criminal charges. Los Angeles criminal defense lawyer, Dmitry Gorin, was quoted in the article: "I'm surprised there was not more action done.

If the suspect is criminally charged in court, is accused of violence, there's usually some action by the district attorney or law enforcement." Mr. Gorin said police should have obtained a search warrant to look for weapons. Dmitry said "It's really a decision by a judge based on multiple complaints by a neighbor. Is there enough to go on the property?" Read Story Here.