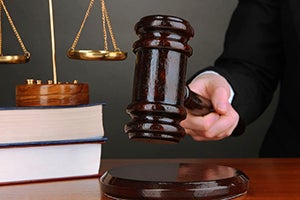 A Penal Code 995 motion to dismiss ask a trial court to dismiss their criminal case after a preliminary hearing.

In California state criminal procedure, a motion to dismiss pursuant to Penal Code Section 995 gives the defendant the option of moving a trial court to dismiss their criminal case following a preliminary hearing at which the defendant was held to answer on one or more criminal charges.

In simple terms, a PC 995 motion to dismiss is a legal motion asking for the dismissal of a criminal case. It's filed after a preliminary hearing in a felony case.

Under Penal Code 995, if the judge at the preliminary hearing incorrectly allowed the case to proceed, then a defendant's criminal defense lawyer could file a PC 995 motion. This motion is asking the trial judge to partially or entirely dismiss the criminal complaint. In other words, the defense makes the motion after the preliminary hearing, but before a trial.

A 995 motion is an appeal of the preliminary hearing judge's decision to set the case for trial and often called a "motion to set aside the information.” Typically, a judge will grant the motion if they find there were insufficient legal grounds to hold the defendant over for trial.

A 995 motion can't be used to respond to a criminal complaint of only misdemeanor charges, but could be used if the charges include both felony and misdemeanor charges. This is because without a felony charge, there will be no preliminary hearing. Filing motions, such as a PC 995, is a crucial component in the criminal case process in California.

There are many situations where it's appropriate to file a Penal Code 995 motion. However, the most common are a lack of probable cause and illegal commitment.

To give readers important information about a 995 motion to dismiss, our California criminal defense attorneys are providing an overview below.

Preliminary Hearing and Probable Cause

At a preliminary hearing, the court hears evidence, usually from one or more police officers, regarding the basis for the defendant's arrest. The preliminary hearing has many features of a jury trial, but also has important differences.

Most obviously, the preliminary hearing is held by a judge with no jury present. The judge is the finder of fact and resolves all credibility issues between witnesses. Second, and perhaps most importantly, the burden of proof, while still on the government, is much lower than at a jury trial.

We are all familiar with the “beyond a reasonable doubt” standard, the highest in the law, which applies at a criminal jury trial. At a preliminary hearing, conversely, the standard is only probable cause.

The preliminary hearing probable cause standard is stated in different ways by various appellate courts through time, but essentially it requires the government to put forth sufficient evidence that a reasonable person would find that the person being charges likely committed the crime.

This is a standard somewhere below 50%, which is known as a preponderance. For that reason, a preliminary hearing court can find that it is more likely than not that the defendant is not guilty, but still hold them to answer for the charge following preliminary hearing where the evidence raises a reasonable inference of guilt.

Defendant Committed Without Probable Cause

The Fourteenth Amendment requires a judge have probable cause in California to try somebody for a crime. In other words, they can only send the case to trial if the allegations are not supported by facts. Again, the facts don't have to prove defendant's guilty beyond a reasonable doubt, but they have to be sufficient enough that a reasonable person would have a strong suspicion they are guilty of the crime charged.

A motion under Penal Code Section 995 therefore has to allege that the court could not have found a reasonable inference of guilt based on the evidence presented by the prosecution. While the burden of proof is low, it is still on the government.

Where the government's case derives solely from information which requires speculation, conjecture, or guess-work in order to infer the defendant's guilt, a dismissal pursuant to Penal Code Section 995 is proper. The trial court must also appraise the case in light of the whole record, not just isolated bits of evidence selected by the prosecution.

Process for a Penal Code 995 Motion

This allows the Section 995 process to function as a check on the preliminary hearing court, with a set of fresh eyes re-evaluating the case to check for obvious errors.

There are relatively infrequent, though certainly not unheard of, instances however where the trial court will determine that the evidence presented at the preliminary hearing was truly insufficient and the judge erred in holding the defendant to answer.

This determination will take the form of setting aside the Information – the charging document filed post-preliminary hearing against the defendant – and dismissing the case completely.

Through the Penal Code Section 995 vehicle, therefore, defendants have an opportunity to have their cases dismissed completely by a judge without having to risk a jury trial. This is unique in California criminal procedure – leaving aside the limited circumstances which give rise to a demurrer – as there is no true analogue to a motion to dismiss as exists in civil procedure.

If the trial court grants a 995 motion, the charges will be dismissed. However, the prosecutor can appeal the decision. While their appeal is pending, the prosecutor could proceed with a trial on any remaining charges, or request a continuance of the trial until appeal is resolved. They also have the option to just re-file the charge in a new complaint.

If all charges are dismissed after a 995 motion, the court has to either refund defendant's bail within 15 days, or apply the bail to the new charges if the prosecutor refiles charges.

If you or a family member has been charged with a felony and has had a preliminary hearing at which the defendant was held to answer and the case bound over to the trial court, you should consult an experienced Los Angeles criminal defense lawyer about the viability of the Penal Code Section 995 motion to dismiss.

Even if such a motion is ultimately denied, the filing of an effective Section 995 motion puts the court and the prosecution on notice of the important issues in the case and, if nothing else, can often inspire a more favorable settlement in the matter.  Effective litigation at the Penal Code Section 995 phase of a felony prosecution is a crucial part of achieving a favorable result in a California felony criminal case.