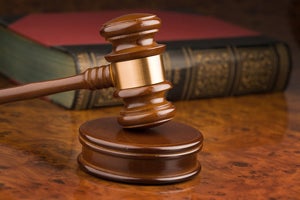 California Penal Code 647.6 PC makes it a crime to annoy or molest a child under 18 years old.

Annoying or molesting a child under 18 is covered under California Penal Code Section 647.6. Its basic definition is engaging in conduct that is likely to disturb or irritate a child that was motivated by sexual interest.

Just an allegation that you were involved in child molestation, even if you have not been formally charged with this sex crime offense can negatively impact your personal and professional life.

While protecting children should be a priority, it should not come at the expense of prosecuting innocent individuals.

If you are under criminal investigation or have already been arrested for annoying or molesting a child, you should not make any statements to police detectives.

Remain silent. Anything you say to law enforcement, even if you are trying to give them an innocent explanation, could end up hurting you.

Police are paid to build a criminal case and make arrest. That's what they do. Don't help them convict you. Instead, consult privately with a Los Angeles child molestation defense lawyer at out law firm immediately.

Our attorneys will need to thoroughly review all the circumstances of your case in order to start preparing a solid defense strategy.

In order to minimize harsh consequences, you need to retain a criminal defense lawyer in Los Angeles who will fight hard to keep the case out of court.

As former Los Angeles County prosecutors, we know all of the investigative techniques typically used by detectives and can prepare you for what to expect.

Our law firm has extensive experiences in sex crime accusations and will guide you through the legal process.

The goal or our Los Angeles criminal defense law firm is to obtain the best possible outcome to your charges of child molestation, annoying a child, lewd acts with a minor, unlawful sexual intercourse with a minor, or oral copulation with a minor.

California Penal Code 647.6 criminalizes the act of “annoying or molesting” a child. Many people will associate the term “molesting” with physical sexual abuse.

However, as used in this code section, the term is merely a synonym of “annoying.” In fact, no physical contact of any kind need occur for a person to be charged with this sex crime offense.

Annoying and molesting conduct is that which is:

There are several important points to remember about this definition.

First, the specific child or children who are the subject of the conduct do not need to be personally disturbed or irritated for the conduct to be criminal.

Rather, the statute has an objective standard (i.e. would a reasonable child, or the average child, be disturbed or irritated under the circumstances).

In addition, a specific child does not need to be the target of the conduct. Addressing a large group of children without reference to any one child in particular in a prohibited manner can still result in criminal charges.

Annoying or molesting a child is a general intent crime, meaning you don't have to intend for your conduct to be lewd or obscene or actually irritate a child.The law is focused on the conduct itself, not the end result of the conduct.

Therefore, if the conduct would irritate a normal individual and invade a child's privacy and security, it violates the law under this code section. If you are facing child molestation charges, call a Los Angeles criminal defense lawyer at our office as soon as possible.

Most first-time violations of annoying or molesting a child are misdemeanors sex crime cases punishable by:

If in the course of the offense, the defendant entered an inhabitant dwelling place without consent, the offense is converted to a “wobbler” under California law.

Wobblers are crimes which may be charged as either misdemeanors or felony cases. A wobbler violation for annoying or molesting a child which is charged as a misdemeanor carries the same penalties as a standard first-time offense.

If charged as a felony, however, the one year maximum term of incarceration will be served in a California state prison rather than county jail.

Second and subsequent violations are always felonies, and carry a maximum sentence of one year in state prison.

Past convictions for certain other sex crimes, such as rape and lewd acts upon a child, render any subsequent violation of Penal Code 647.6 a felony.

In those cases, the violation is punishable by 2, 4, or 6 years in a California state prison.

Contact a Los Angeles criminal attorney at our law firm for additional information.

As with many other crimes, the most difficult element to prove in a annoying or molesting a child case is frequently the requisite mental state of the defendant.

As discussed above, annoying and molesting a child requires proof that the defendant was motivated by a sexual interest in a child or children.

Except in very unusual circumstances, or where the defendant confesses to law enforcement, there is no direct evidence of the defendant's mental state.

Rather, the prosecution must rely on the totality of the circumstances to show indirectly that the defendant was motivated by a sexual interest in children.

This issue of proof can be used by your criminal defense attorney to your advantage. Without direct evidence, the prosecution must rely on inferences which may be so speculative in nature that they preclude a finding of guilt beyond a reasonable doubt.

Where the alleged annoying or molesting act and/or communications are observed only by one alleged victim, that witness' credibility will be a central aspect of the case.

Our Los Angeles criminal defense lawyers will explore the victim's possible motivations to lie – bias, character for dishonesty, manipulation by other adults, etc. – to demonstrate weaknesses in the prosecution's case.

Over our decades of criminal law practice, our Los Angeles criminal defense attorneys have a history of success defending our clients against child molestation related charges. A few examples include:

Your future is at stake! Charges of annoying of molesting a child are a serious criminal charge that can result in incarceration and sizeable fines. Every case is fact-specific and the outcome will depend on the particular circumstances of the case.

You need a lawyer who will do everything in their power to achieve the best possible outcome in your case.

If you are facing allegation of annoying or molesting a child, call an experienced Los Angeles criminal defense attorney at our law firm.

Early intervention with law enforcement and prosecuting agencies is critical to achieving the best possible outcome, especially in what are often “he-said/she-said” scenarios involving allegedly improper communications between an adult and a child.

Our attorneys stand ready to defend your rights before and after the filing of this sex crime charge.

Contact our law firm to review the details of your case and discuss legal options. We are available at 877-781-1570.