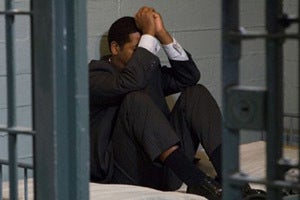 Any type of California manslaughter charges are a serious issue that can lead to harsh legal consequences if you are convicted.

It's critical to carefully choose your defense lawyer when facing a manslaughter charge in Los Angeles.

Manslaughter is a serious criminal offense that can lead to harsh legal consequences including a substantial jail sentence.

An experienced manslaughter criminal defense lawyer can increase your chances of a favorable outcome.

A skilled and knowledgeable lawyer can strongly present effective legal defenses including self-defense and exercise of care.

Due to the serious nature of manslaughter charges, not just any attorney can provide the necessary legal challenges to protect your freedom.

It's absolutely critical to choose an attorney with the right experience and record of accomplishment. A reputable Los Angeles criminal defense lawyer at Eisner Gorin LLP have been practicing criminal law for over 60 combined years in Los Angeles County.

Our attorneys have worked as defense lawyers, prosecutors and law professors and have extensive experience representing clients facing all types of manslaughter charges.

The types of manslaughter charges in Los Angeles include the following:

For the crime of involuntary manslaughter in Los Angeles County, the elements are:

For an involuntary manslaughter charge, there is no intent to kill required.

Some California cases that have resulted in involuntary manslaughter convictions include Michael Jackson's physician, Dr. Conrad Murray, for not abiding by medical standards in his treatment of Jackson, the police officer who shot and killed Oscar J. Grant at the Oakland subway station, and a man whose dogs killed his roommate.

Involuntary manslaughter is a felony offense with a maximum punishment of four years incarceration.

The challenges that a Los Angeles involuntary manslaughter defense lawyer may use vary and depend on the facts of the case. A defense attorney can argue that the police arrested the wrong person.

The criminal lawyer can argue that the action you performed was not inherently dangerous.

Also, the criminal defense attorney can argue that you had a legal justification, such as self-defense. Or it can be argued that what occurred was a complete accident.

There are essentially two types of voluntary manslaughter charges in Los Angeles. Accordingly, the court will use whichever of the following sets of elements is more appropriate:

The most common example of voluntary manslaughter is when one person catches his or her spouse in the middle of an affair and, filled with sudden rage, attacks and kills either the spouse or the spouse's extramarital lover.

Consult with a Los Angeles manslaughter lawyer at our law firm to review the details of your case.

The maximum penalty for voluntary manslaughter can be up to eleven years in State prison.

The legal challenges that a Los Angeles voluntary manslaughter criminal defense attorney can make vary depend on the facts of the case.

The criminal lawyer may argue that the police arrested the wrong person. The attorney might argue that the action you performed was not done with a conscious disregard for life.

Finally, the criminal defense lawyer could argue that you had a legal justification, such as self-defense. Or it can be argued that an involuntary manslaughter charge is more appropriate.

For the crime of vehicular manslaughter while intoxicated, the elements are:

If the act was committed with gross negligence, it may be possible that you will be charged with Gross Vehicular Manslaughter While Intoxicated.

Your criminal lawyer can provide more information. Call a Los Angeles manslaughter attorney from our law firm to thoroughly review your case and talk about legal options.

A vehicular manslaughter while intoxicated may be charged if, while driving drunk, you commit an act of ordinary negligence (as opposed to gross negligence), such as not coming to a complete stop at a stop sign or driving just a little above the speed limit, that results in someone's death.

Vehicular manslaughter is what is known as a “wobbler,” which means that the prosecutors can choose to file the charges as a felony or misdemeanor.

For felony vehicular manslaughter, you can be incarcerated for up to four years and have to pay substantial fines and restitution.

For misdemeanor vehicular manslaughter, you can be incarcerated for up to one year in County ail and have to pay substantial fines and restitution.

Available legal challenges for a Los Angeles vehicular manslaughter defense lawyer will always depend on the facts of the case.

This type of case will likely require an independent investigator to talk to witnesses, look at the scene of the accident, and determine what were the causes behind the accident.

For the crime of gross vehicular manslaughter while intoxicated in Los Angeles, the elements are:

Gross negligence describes actions that are aggravated and reckless which have a foresee ability possibility of being dangerous to people.

A gross vehicular manslaughter while intoxicated may be charged if, while driving drunk, you are speeding at 80 mph through a residential neighborhood and running through stop signs, and then hit and kill a pedestrian.

Gross vehicular manslaughter while intoxicated is a felony offense with a maximum punishment of 10 years in State prison.

Available legal challenges by a Los Angeles gross vehicular manslaughter attorney will always depend on the specific facts of the case.

This type of case will typically require an independent investigator to speak with witnesses, review the scene of the accident in order to determine the likely causes behind the accident.

Get Help by Calling a Los Angeles Manslaughter Lawyer

If you have been accused of any type of manslaughter charges, call the Los Angeles criminal defense law firm of Eisner Gorin LLP immediately.

Let our experienced lawyers speak with law enforcement and Los Angeles County prosecutors on your behalf to protect your legal rights.

With over six decades of combined experience, a Los Angeles manslaughter attorney at out law firm have a good working relationship with local police detectives, prosecutors, and judges throughout Los Angeles County.

We understand how approach these individuals in a way that will be beneficial to your case. See related information: Wrongful Convictions.

Our Los Angeles manslaughter lawyers will work aggressively to secure the best possible outcome on your case as we guide you through every step of the legal process.

The consequences of a manslaughter conviction can have a life-long impact on your future. We have extensive experience representing clients at the sentencing hearing.

Call our criminal law firm today to speak with a skilled Los Angeles manslaughter lawyer to review he details of your case.