Who "Presses Charges" in a California Criminal Case? 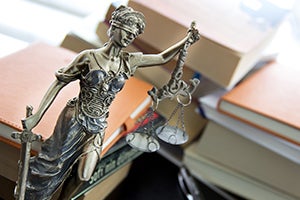 It's a myth that victims of a crime have the authority on whether or not to file criminal charges.

At Eisner Gorin, one of the most common misconceptions which we encounter in speaking with potential clients and their family members is that a crime victim must “press charges” in order for a prosecution to be initiated against a defendant.

This is completely understandable as movies and television dramas are replete with scenes where a detective or prosecutor speaks with a victim and either asks the victim whether he or she is “pressing” charges, or expresses frustration that the government's hands are tied because the victim “won't press the charges.”

This is simply incorrect.  The first issue is one of nomenclature – there is no legal significant to the term “press,” or “pressing.”  In other words, victims don't decide when charges are filed in a criminal case. When someone was harmed by the conduct of another person, it could be considered criminal conduct if it done with intent to commit an illegal act, or inflict harm on the victim.

It should be noted that every apparent criminal act is prosecuted for a wide range of reasons. In some cases, there is simply a lack of sufficient evidence to convict the alleged perpetrator. The prosecutor has the responsibility to determine whether the available evidence is sufficient to obtain a conviction by the standard of beyond a reasonable doubt.

They also have an obligation to pursue justice without undue influence from the victim or the community. However, at the same time, they also have a duty protect victims from harm, protect their rights, and hold people accountable for their criminal conduct.

The filing or "pressing" charges is one of the first steps in the criminal case process. For many first-time offenders or someone charged with a minor crime, there are some alternative prosecution programs that allow a defendant to earn dismissal of criminal charges.

To give readers a better understanding of who exactly “presses charges,” our California criminal defense attorneys are providing a review below.

Factors Considered by a Prosecutor

A stated, prosecutors are responsible for holding the guilty accountable for their actions. There are many factors they consider in whether or not to “press charges.” These factors include any evidence that supports guilt and whether it's admissible. Also, the credibility of the victim or witnesses, and the level of harm caused.

Whether or not the alleged crime is routinely enforced and whether it's a minor offense. Additionally, especially in domestic violence cases, whether the alleged victim or accused is cooperative. A primary factor for a prosecutor to make a decision are police reports. They are typically the most relevant documentation used in deciding whether or not to pursue criminal charges.

A police report is usually written by the arresting officer who actually made the arrest and their report was approved by a supervisor, typically a Sergeant. Since the police officer who writes the arrest report is a first responder, the report contains all the specific details of the incident, including statements from the victim, witnesses, and even the accused.

These reports often establish whether the elements of a crime are sufficient and if there is enough credible evidence found at the scene to support the filing of criminal charges. Any of these factors listed above by themselves, or a combination, often persuade a prosecutor in making their decision to file charges or not.

Charges are either rejected, diverted to a non-court alternative such as a City Attorney office hearing or the Neighborhood Justice Program, or they are filed. A prosecuting agency makes these final determinations and is not bound in doing so by the wishes of the victim. Criminal cases have many different steps, starting with the arrest and the a filing decision from a prosecutor.

None of this above is to say that crime victims do not have substantial input into the criminal filing process. It simply means that a case can be filed over even the strong objection of the victim of the alleged crime. The victim's wishes can, particularly in certain types of cases, have a significant impact on the reviewing prosecutor's decision-making process. Consider the following example.

John and Jane get into a verbal altercation which unfortunately escalates into a pushing and shoving match. During the course of this mutual combat, John strikes Jane's face, drawing blood. Jane immediately calls 911 and John is arrested. Neither Jane or John gives a full account to the police as both are too emotionally shaken up to cooperate.

Several weeks later, a filing deputy prosecutor reviews the report of John's arrest brought in by a domestic violence detective to decide whether or not to file formal charges against John.

In the first scenario, the prosecutor sees a supplemental report authored by the detective which details how he called Jane on the phone and she reported the following:

In the second scenario, the prosecutor finds a letter addressed to her from Jane's attorney. Through counsel, Jane states that:

However, what the reviewing prosecutor can infer from each scenario is Jane's likely level of cooperation and tolerance for going through the difficult process of testifying in court, possibly for multiple days.

In the first scenario, the prosecutor knows that if she files the case, Jane will likely appear to testify when subpoenaed, will be a helpful witness for the prosecution when she does so, and will not try to undermine the government's case against John.

In the second scenario, the exact opposite is true. The prosecutor has every reason to suspect that Jane will not be a cooperative and helpful witness. She has already retained counsel; through which she may formally object to being called to testify on a number of grounds.

While Jane does not have the authority to either “press” or “not press” charges, her input into the filing process may very well be determinative in that she wishes to inform the likelihood of a successful prosecution.

As the government has far more cases to evaluate than it has resources to successfully prosecute, a valid exercise of prosecutorial discretion in John's case will likely result in a rejection of charges, citing Jane's non-cooperation and non-desire for prosecution.

If you or a family member has been arrested for a crime, or the victim of a crime, or wishes to retain experienced legal counsel to consult about your rights as a witness, contact our law offices.

Our Los Angeles criminal defense lawyers will need to know all the details of your situation and the potential charges you are facing. We need to know the evidence supporting the allegations and will we can make contact with the prosecutor handling your case.

In some cases, we may be able to negotiate with the prosecutor for reduced charges or even a case dismissal. Also, through prefiling intervention, we might be able to avoid the formal filing of criminal charges. Our seasoned criminal defense attorneys have represented defendants, victims, and witnesses in the broad range of criminal defense scenarios.