Criminal defense boutique Eisner Gorin LLP has been selected to a distinguished list of firms nationally (Top 1%). Partners Alan Eisner and Dmitry Gorin, both State-Bar Certified Criminal Law Specialists, specialize in trial and appellate work for all misdemeanor and felony cases in state and federal court.

A 19-year-old woman told Los Angeles Police Department detectives USC football players sexually assaulted her at an off-campus apartment while she was so intoxicated she could barely move or speak. She claims that one of the football players gave her two Xanax pills that left her feeling like she was not in control.

She said that after taking the pills, drinking alcohol and smoking marijuana, she then realized being naked and both players were engaging sex acts on her. The affadavit attached to the search warrant claims she could not have consented because she was unable to move her body, speak or even remember details of the evening.

At this point, neither player has been charged with a criminal offense. Los Angeles criminal attorney and former sex crimes prosecutor, Dmitry Gorin, was quoted in the article: “California rape laws state that someone who is too intoxicated or unconscious cannot provide consent. …That's why video evidence is so important, as it provides objective, unbiased evidence of whether the accuser was too intoxicated to consent.”

August 2016 - Los Angeles Times - How much trouble is Chris Brown in?

Chris Brown has been accused of threatening an actress with a gun at his Tarzana home. LAPD received a 911 call  about a woman saying she was threatened and had a gun pointed at her by tMr. Brown at his home during a party. He was arrested on suspicion of assault with a deadly weapon.

He posted a $250,000 bail and released. Los Angeles criminal lawyer, Dmitry Gorin, was quoted in the article: “At the end of the day it is a he-said, she-said scenario for the defense. The prosecution must find other witnesses, surveillance footage, the firearm in question, to corroborate what happened to ever be able to prove this case in front of a jury.

Prosecution theory of felony assault is that he pointed the gun at the victim because he is a hothead and has a history of assaulting others. The defense position may be the incident is exaggerated, by someone interested in fame and money, that no one was injured, and that the case does not belong in a criminal court because there is doubt over what happened.

Brown's prior criminal history hurts him. The D.A. will argue it shows a pattern of assault and battery against women. If Brown is convicted, the felony can also be used by the sentencing judge to justify imposing a harsher prison sentence." 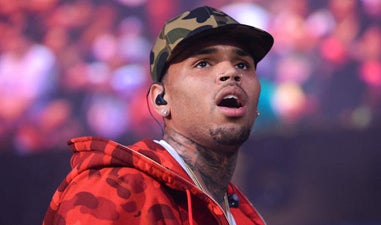 Playboy model Dani Mathers took a photo of a nude woman in a locker room shower at an LA Fitness gym and posted it on Snapchat with the caption, “If I can't unsee this then you can't either.”

She faced immediate criticism on social media from people accusing her of fat shaming and violating the woman's privacy. Although she apologized, the Los Angeles police department has opened a criminal investigation. State law prohibits recording and photographing someone in a private setting in which they have a reasonable expectation of privacy.

Such a crime is a misdemeanor punishable by up to six months in jail. Legal expert and Los Angeles criminal attorney, Dmitry Gorin, was quoted in the article: “The person appears to have an expectation of privacy in the gym shower.” 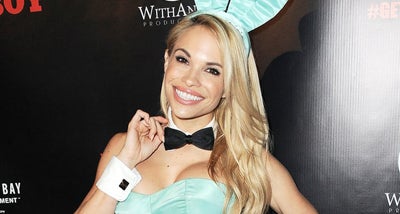 The cases are tragically similar: Student-athletes at two elite universities accused of sex crimes against unconscious women. Yet one is given six months in a county jail, while the other is facing at least 15 years in prison. Many have questioned why 20-year-old former Stanford swimmer Brock Turner, who is white, received a far less severe sentence for a January 2015 assault than the one faced by former Vanderbilt football player Cory Batey, 22, who is black.

The differences took on added significance recently as a white former teammate of Batey's, Brandon Vandenburg, stood trial again in Nashville for his role in the dorm room assault, which took place in June 2013. Vandenburg was convicted of multiple counts of aggravated rape and aggravated sexual battery.

Legal expert, Dmitry Gorin, a Los Angeles criminal defense lawyer and former prosecutor specializing in sex crimes was quoted: “It does seem like an extreme disparity, but I would say that with these sex crimes, the facts are very important, the details are very important, and the law punishes the conduct differently depending on what conduct can be proven. In the Stanford case, they did not prove rape.” Read Story Here. 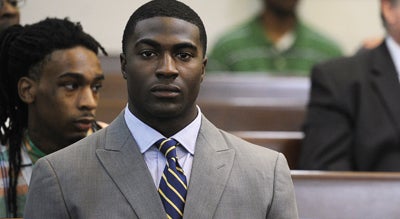 The judge who sentenced former Stanford University swimmer Brock Turner to six months in jail in a sexual assault case is facing a recall effort as well as demands that he be disciplined. He is also facing a different a threat from the local district attorney's office. Santa Clara County prosecutors blocked Superior Court Judge Aaron Persky from hearing another sex crime case, citing his decision in the Turner case.

Legal expert and former sex crimes prosecutor in Los Angeles, Dmitry Gorin, was quoted: "You have a right to remove one judge one time in a case. You are saying you believe another judge will be fairer. It is rare. It is a strategic call, but it does happen. Sometimes papering a judge sends a message to the judge.

A rarer move is known as blanket papering, when a prosecutor seeks to remove a specific judge from all their prosecutions." In such extreme cases, a judge can end up being moved to another courthouse or another part of the court system, such as hearing civil cases, so they can function on the bench. 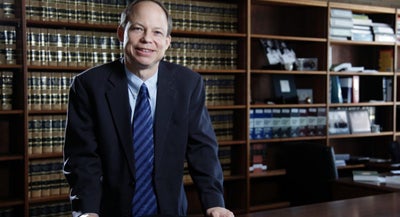 Two graduate students who said they witnessed Stanford University swimmer Brock Turner sexually assaulting a woman on campus have spoken out amid outrage over the six-month jail sentence. They said they were riding their bikes through campus when they saw Turner on top of an unconscious woman on the ground behind a dumpster.

They knew immediately something was wrong as he was aggressively thrusting his hips into her. When they asked Turner what he was doing, he began running from the scene. They were able to stop him, called police, and held him down until they arrived.

A jury convicted him on three felony counts: assault with the intent to commit rape of an unconscious person; sexual penetration of an unconscious person; and sexual penetration of an intoxicated person. Turner was facing 14 years in state prsion, but the judge sentenced him to only six months in county jail and three years of probation. His decision sparked outrage and a campaign to oust the judge from the bench.

Dmitry Gorin, a former Los Angeles County sex crimes prosecutor was quoted: “It is very unusual to have six months and probation in a case like this. The assault with intent to commit rape usually carries a prison sentence. His background and no criminal record were a major factor. I cannot think of a similar local case where a defendant convicted by a jury of such a violent crime avoided prison. Read Story Here. 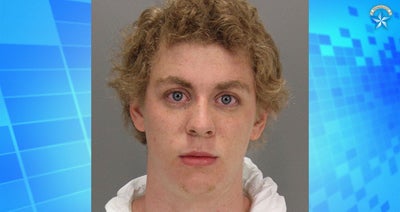 May 11, 2016 - Criminal Law Presentation by Dmitry Gorin and Alan Eisner at Valensi Rose

Miranda v. Arizona is an essential part of our criminal justice system but the application of Miranda law is not straightforward. Miranda warnings are required before law enforcement officials or their agents subject a person to custodial interrogation.

The distinction between when a custodial interrogation occurs or not is not always crystal clear, and has become complicated as each new case presents new circumstances. What happens if Miranda rights are not given to a suspect?? Does the case get dismissed?

Eisner Gorin LLP is defending criminal charges arising from a tragic accident on the I5 Freeway, which led to multiple fatalities. Dmitry Gorin and Alan Eisner, both State-Bar Certified Criminal Law Specialists, are defending the charges and presented arguments for a reasonable bail in court.

In this case, the government filed murder charges due to the speed involved during alleged car racing on the freeway. The defense has entered not guilty pleas to the charges and will make further attempts at a bail reduction at a preliminary hearing. 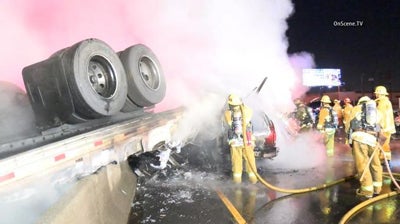 The government refused to dismiss the felony offense insisting the client caused serious injury during the altercation with another passenger, and the case proceeded to trial. The defense offer for a misdemeanor settlement was rejected by the government. After a several day trial, the jury acquitted client of the felony offense, and convicted him on the misdemeanor. 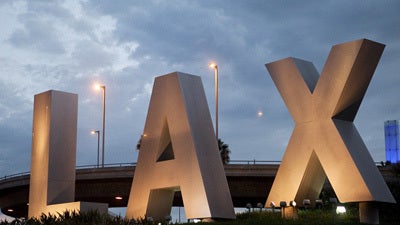 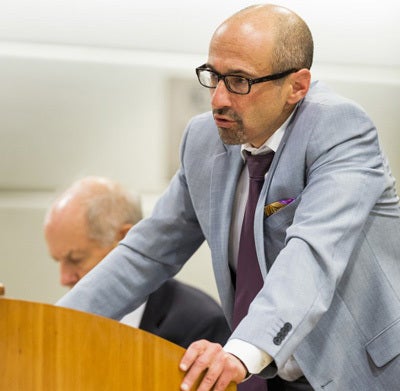 Our law partner Dmitry Gorin, a State-Bar Certified Criminal Law Specialist and trial lawyer, just discussed the OJ Simpson case's new possible evidence with the LA Times. How does a knife appear 20 years later in this former trial of the century?

Everything about this high-profile case is unusual. Double Jeopardy would preclude OJ from being prosecuted, so why do the testing now. One possible reason for it is to identify other suspects (although no prior credible claim of this), as both the criminal and civil cases against OJ finished a long time ago. More importantly LAPD should investigate how is it the evidence was not uncovered the first time around. Read Story Here. 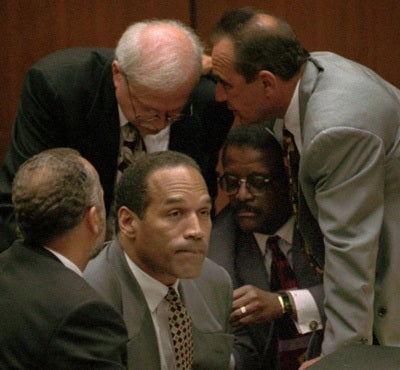 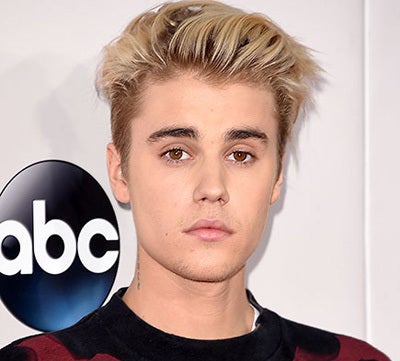 With offices in the San Fernando Valley and Century City, Eisner Gorin LLP specializes in pretrial, trial and appeals in criminal defense in state and federal courts. Dmitry and Alan are each State-Bar Certified Specialists in Criminal Law, with over 150 jury trials collectively. See Profile: Dmitry Gorin. Alan Eisner.

Dmitry Gorin and Alan Eisner, partners in Eisner Gorin LLP, and State-Bar Certified Criminal Law Specialists, completed a lengthy hearing in a murder case which dates back to 1992.

The defendant had been previously arrested and released by the police. After his ex-wife and the actual killer began cooperating with the prosecution, the defendant was rearrested and charged with a special circumstances murder case. The case was argued in Norwalk court, where the preliminary hearing judge decided there was enough evidence for the case to be heard by a jury. 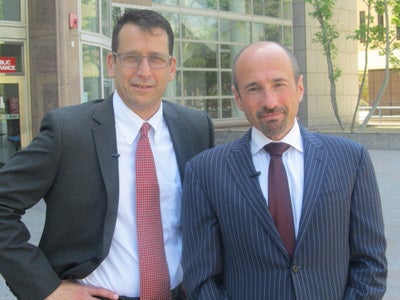