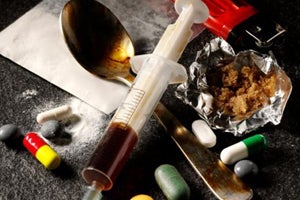 Health and Safety Code 11550 HS makes it a crime for someone to be under the influence of a controlled substance.

Controlled substances and narcotic drugs include stimulants, hallucinogens, depressants, and opiates. It's not just illegal drugs that could lead to prosecution under this law.

If you are illegally using or being under the influence of prescription drugs can also lead to a criminal offense.

This includes morphine, vicodin, codeine and other opiates. If you are highly under the influence of alcohol, you could face charges of being drunk in public.

If you are facing an allegation of being under the influence, you should immediately contact a Los Angeles criminal defense attorney at Eisner Gorin LLP.

Our lawyers will need to thoroughly review all the specific details and circumstances to properly start building effective strategy to fight your charges.

It may be possible you were ill or fatigued and police mistakenly believed you were under the influence. We have a track record of success defending our clients against any type of drug crime offense.

First, let's review below the legal definition of under the influence law in California.

California Health and Safety Code 11550 – Under the Influence

What qualifies as being “under the influence?”

At the outset, it should be noted that the substances and drugs covered by this code section specifically exclude marijuana.

Use and possession of marijuana may or may not be illegal depending on an individual's age, medical patient status, the amount of marijuana possessed, the setting in which it is smoked, etc.  For a more detailed explanation of California's marijuana laws, please refer to our page on marijuana cultivation.

Substances which are covered by Health and Safety Code 11550 include most “hard drugs,” such as cocaine, heroin, methamphetamine, etc. They also include hallucinogens such as psilocybin mushrooms and LSD.

However, illegal street drugs are not the only substances which fall within the scope of the prohibition on being under the influence.

What About Prescribed Medication?

Current and Recent Use of a Controlled Substance

“Using” a controlled substance or narcotic drug for purposes of California Health and Safety Code 11550 means current, or very recent, use.

There is no hard and fast time period for determining whether someone is currently using a controlled substance or narcotic drug. However, California courts have held that use more than 5 days prior to the time of arrest is not current.

Being “under the influence” or a controlled substance or narcotic drug requires only that the effects of said substance or drug be detectible. It should be noted that this standard does not require the person to be impaired, or intoxicated to a point dangerous to their health or the safety of others.

Many individuals charged with being under the influence will be eligible for a diversion program.

Please see our pages on Proposition 36 and Deferred Entry of Judgment (DEJ) for more details.

You can also contact a Los Angeles criminal defense lawyer at our office for additional information.

If not eligible for diversion, a first offense of Health and Safety Code 11550 is punishable by up to 5 years of probation, up to one year in county jail, drug counseling, and community service/labor.

A third conviction for Under the Influence within 7 years (and refusal to successfully participate in drug counseling) will result in a mandatory minimum of 180 days in county jail.

As with all crimes under California law, the Los Angeles County prosecutor must prove each element beyond a reasonable doubt.

Your criminal defense lawyer will attack the sufficiency of the government's evidence as to each element. First, they may argue that you were not willfully under the influence.

This defense is sometimes known as involuntary intoxication. In some instances, an individual may be slipped a controlled substance without their knowledge, resulting in intoxication. If that person is arrested and it can be shown they did not voluntarily consume the substance, they cannot be convicted of being under the influence.

In some situations, the accused may have been under the influence of a substance or drug which is not prohibited under California law.

Finally, your criminal attorney can always argue that there is insufficient evidence that you were, in fact, under the influence of the drug. This argument may rely on blood evidence showing the lack of any controlled substance or narcotic drug in your blood stream.

If there is only circumstantial evidence against you, such as the presence of paraphernalia, your attorney will argue that reasonable doubt exists as to the “use” or “under the influence” element of the crime, and you must therefore be acquitted.

You may be eligible for a drug diversion program or a deferred entry of judgment.

At Eisner Gorin LLP, our Los Angeles criminal defense attorneys specialize in defending our clients rights before court. The earlier we can intervene with law enforcement and the prosecution on our clients behalf, the better the chances are for an excellent outcome.

We have an excellent track record of success defending individuals charged with any type of drug crime.

If you or family member has been charged with being under the influence, call our attorneys today for a free immediate response.