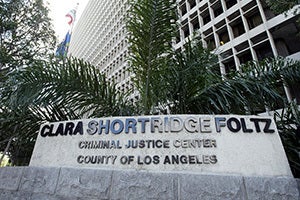 The Early Disposition Process is used in felony cases for both parties to negotiate a settlement before the preliminary hearing.

The theme of these differently named settings for a felony case in California court is the same: these are cases in which the parties both anticipate a settlement prior to the preliminary hearing but need more time to negotiate.

The early disposition proceeding is a chance for both parties to resolve the case without having to litigate the issues at a trial. During this proceeding, the criminal defense attorneys will discuss the facts of the case and negotiate the potential consequences and decide whether they should just settle the case or proceed to trial.

In some criminal cases, it's a good idea to direct the case into the EDP Court where the cases in pending in Los Angeles.

To give readers some useful information about Early Disposition Court, our California criminal defense lawyers are providing a review below.

There are a number of features which separate a felony case which will likely proceed to a litigated preliminary hearing, and possibly a jury trial, from one which is appropriate for setting an early disposition date.

The first, and arguably most important, consideration is the potential exposure of the defendant to state prison time. In the most serious cases, such as major sex crimes, major gang or drug crimes, or murder cases, the defendant's exposure is so high that the chances of reaching a settlement are slim.

The prosecution may make it known from the beginning that it is seeking a life sentence or an extremely extended determinate sentence such that negotiation is not a realistic option.

This is a relatively small number of cases, however. Even in murder cases, there can sometimes be issues of proof which make a settlement realistic.

A more common reason why early disposition court may be inappropriate in a felony case is because of a substantial disagreement between the parties about the facts of the case.

It may sound strange given the portrayal of the criminal court process in the media, but in the significant majority of cases in criminal court, the important facts about the case are not in serious dispute.

The proof may be so overwhelming against the defendant that the only serious issue in contention is the eventual sentence the defendant will receive.

In other cases, however, the defense and the prosecution may have a serious dispute about what occurred, or what the legal significance of the facts are.

The defendant may have a viable affirmative defense such as an alibi, self-defense, etc. or there may be legal procedural issues on which the parties disagree such as the statute of limitations.

In these cases, a preliminary hearing, discussed elsewhere in our lengthy article on that subject, is the appropriate mechanism to narrow the scope of disagreement about the facts and resolve any pretrial legal issues. These issues include suppression or the statute of limitations on which the parties will not agree without litigation and testimony by witnesses.

In cases where the facts are not in dispute and the severity of the crime does not prohibit settlement, early disposition court is a useful vehicle for giving the parties time to negotiate a settlement which may take months to iron out.

Issues which are commonly addressed in the early disposition process are the possibility of a reduced offense, such as a misdemeanor, the terms of probation which will be imposed on the defendant, and critically the amount of victim restitution.

In many so-called white collar crimes, such as frauds or embezzlements, the only issue in dispute is the proper calculation of victim restitution.

The early disposition process provides the opportunity for the parties to communicate extensively about the bases for restitution which is being claimed by victims or calculated by law enforcement without a constantly looming preliminary hearing necessitating a rushed resolution to the case.

One common resolution to a felony case which is often worked out in the early disposition process is a conditional plea. In this mechanism, a defendant enters an initial guilty or no contest to a more serious felony offense and then completes some amount of affirmative obligations.

Sentencing is continued. These obligations could include community service, community labor, payment of victim restitution, completion of an educational class, or others.

If the defendant succeeds, and remains arrest free for a period of time usually between 12 and 18 months, the defendant is permitted to withdraw their felony plea and instead receive a reduced offense, usually a misdemeanor.

Because a defendant is not convicted under California law until they are sentenced, a conditional plea provides a substantial benefit.

Early disposition courts are designed for is a case that is going to be resolved. Defendants are supposed to receive the best offers here from the city attorney or prosecutor. The fact that a defendant is even going to an EDP means they are seeking to resolve the case without a trial.

Eisner Gorin LLP is a top-ranked criminal defense law firm with a team of highly skilled lawyers with several decades of combined experience and a long history of successful case results.