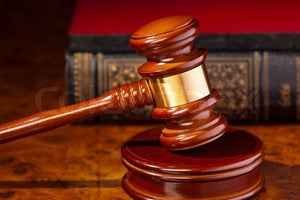 A Penal Code 1538.5 motion to suppress evidence is a pretrial motion asking the court to exclude evidence obtained by illegal search and seizure.

In the United States, everyone is subject to the rule of law, including law enforcement. There are limits as to what they can and cannot do when they are investigating a crime, and they are barred from engaging in unreasonable searches and seizures.

This rule applies to the searches and seizures of people, their homes, their vehicles, and any other place that they may have a reasonable expectation of privacy. When police break the law during a criminal investigation, it may be possible to keep the evidence from being used in court by filing a motion to suppress evidence.

In Los Angeles County criminal courts, a motion to suppress evidence can result in all evidence against the defendant being excluded in the case.

This motion can be granted in criminal cases if the judge determines the evidence was not legally obtained. Typically, when the judge grants a defendant's motion to suppress, the prosecution will not be able to move forward with their case and has no choice but to dismiss the charges.

These pretrial motions are among the most effective and useful tools available to experienced Los Angeles criminal defense attorneys, as they often result in evidence critical to the prosecution's case being deemed useable.

Below is some information about the legal basis of a motion to suppress and how one may be used in your case.

The 4th Amendment and the Exclusionary Rule

The prohibition on unreasonable searches and seizures is found in the 4th Amendment of the United States Constitution. Generally speaking, law enforcement officers must have a warrant or probable cause to believe that a crime is occurring or has recently been committed in order to search you, your home, or your vehicle.

The term “probable cause” is subject to significant interpretation and has been defined through a robust body of case law and whether or not it exists in a specific case is dependent upon the facts present in that case.

The exclusionary rule is a court-created rule and corollary to the 4th Amendment that is intended to prevent law enforcement officers from violating suspects' rights.

It operates to prevent the introduction of evidence that was obtained illegally and is the basis of a motion to suppress.

Put another way, a motion to suppress is a request for the court to apply the exclusionary rule based on a violation of the defendant's rights. See related information: Search Warrants Laws in California.

In order for the 4th Amendment and the exclusionary rule to apply, law enforcement must have searched or seized a place or thing in which you had a reasonable expectation of privacy.

Places and things where you would normally not have a reasonable expectation of privacy include items that you have thrown away, a public park, a shopping mall, or vehicle of public transportation.

On the other hand, places and items in which you generally do have a reasonable expectation of privacy include the following:

California Penal Code Section 1538.5 specifically authorizes defendants to move to suppress evidence or return property that was obtained as a result of a search or seizure for the following grounds:

A motion to suppress evidence is part of the pretrial process. Typically, in most cases, it will be filed and decided by the court before a criminal trial begins.

A suppression hearing provides both sides the opportunity to argue their positions on the motion to suppress. It takes place in front of the judge, not a jury.

The hearing itself will typically include testimony from the defendant and any witnesses about the illegal search or seizure, testimony from the police officers involved, cross-examination by the prosecutor and your criminal defense lawyer, and concluding with oral arguments to the judge by both prosecutor and defense lawyer on reasons why the motion to suppress should be granted or denied by the court.

At this point, the judge must decide whether to admit or exclude the evidence in question.

Depending on the circumstances, they may also decide to grant the suppression motion in part, meaning to exclude some, but not all of the evidence.

For more information about how a motion to suppress works and if it may apply in your case, call a Los Angeles criminal defense lawyer at our law firm. Our attorneys will need to review all the details of your case in order to determine potential options.

Because a motion to suppress can keep evidence from being used against you, it can have the result of significantly weakening the state's case. Imagine, for example, if the police illegally searched your car and found drugs in it – if the prosecution cannot use the drugs as evidence, they will almost certainly drop the case entirely.

In other cases, where evidence is not critical to the case against you but nonetheless important, a successful motion to suppress will often result in a plea deal with extremely favorable terms being offered, as the prosecutor handling your case will feel less confident about a conviction should you take the case to trial.

Call a Los Angeles Criminal Lawyer to Discuss Your Case

If you have been accused of a crime, you should have a Los Angeles criminal defense attorney at our law firm review the facts of your case as soon as possible in order to determine whether your rights were violated by law enforcement.

At Eisner Gorin LLP, our lawyers are committed to protecting the rights of individuals accused of crimes and also to holding law enforcement accountable to the same standard of conduct to which they purport to hold others.

Our Los Angeles criminal defense law firm has a history of success in motion to suppress hearings. In one case in Los Angeles Superior Court, our law firm earned a great victory for the Fourth Amendment after a judge ruled that police officers had no legal justification to enter our client's car to search for his registration after a traffic stop.

The court granted our motion to suppress a firearm recovered inside the car, and the prosecution dismissed the case.

To discuss your case with an experienced Los Angeles criminal defense lawyer, call our office today at 877-781-1570