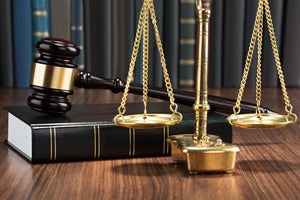 The federal offense of money laundering is described as making money appear as if it came from a legitimate source, but it's actually the product of unlawful conduct.

This federal offense is known as the Money Laundering Control Act of 1986. A general definition of money laundering is making money appear as if it came from a legitimate source, but it's actually the product of unlawful conduct.

Federal law criminalizes two types of money laundering, which includes conducting a financial transaction with money obtained from illegal activity with the specific intent to promote illegal activity or to conceal the illegal source of the money.

The federal government dedicates a substantial amount of resources to investigate any accusations of money laundering. Federal prosecutors aggressively pursues charges and convictions for any individual arrested for money laundering.

Due to many popular Hollywood movies, there are many misconceptions about money laundering.

Typically, most people believe that money laundering involves a complex scheme to funnel huge amounts of cash through a bank. However, money laundering charges can involve a wide variety of financial crimes.

This could involve a wide array of financial transactions and complicated activity designed to cause a confusing paper trail. Generally, money laundering offenses are associated with drug transactions or organized white collar crimes.

If you are under criminal investigation or already charged with money laundering, the potential legal consequences are harsh. A conviction for federal money laundering charges could result in a prison sentence of up to 20 years.

Additionally, individuals who are accused of money laundering are frequently charged with other federal offenses, such as conspiracy, wire fraud, mail fraud, or bank fraud.

Therefore, it's critical not to make any statements to federal agents as you may incriminate yourself. If contacted by federal authorities, politely decline their request for an interview without first speaking with an attorney.

Don't be fooled by the FBI claiming you are only a potential witness in their investigation.

Contact a Los Angeles federal criminal defense attorney at Eisner Gorin LLP to review all the details in order to start preparing a solid defense strategy. Let's examine the legal definition of money laundering below.

The legal definition of money laundering under 18 USC 1956 and 1957 is knowingly concealing the source of money that was obtained unlawfully.

There are three steps in a money laundering process, known as placement, layering, and integration. These steps include taking cash obtained from illegal activity and placing it into a bank or financial institution.

Then, after placement, using financial transactions specifically intended to conceal the origin of the money then giving out the money to other individuals.

It's possible for money laundering to be considered a federal criminal offense even if a bank was not involved.

Giving cash to another individual that was obtained from criminal activity could a federal violation if the individual has the intent to conceal the source.

In order to secure a conviction, the federal prosecutor would need to show the money was obtained from “specific unlawful activities,” including drug crimes, drug conspiracy, fraud crimes, racketeering, extortion, embezzlement, child pornography, tax fraud, kidnapping, and other violent crimes.

If convicted of a federal money laundering offense, the legal penalties can be severe.

The consequences include up to 20 years in a federal prison for each count, fines up to $500,000 or twice the total value of the property that involved, and asset seizure.

In order to secure a conviction for a federal money laundering offense, the prosecutor has to prove, beyond any reasonable doubt, certain elements of the crime.

These include proving you participated in a financial transaction; the transaction involved money obtained from specific unlawful activities; and you knew the transaction was specifically designed to conceal the source of the money.

An experienced Los Angeles federal criminal defense attorney at our law firm can use a variety of legal defenses to fight allegations of money laundering, these include:

A successful defense against money laundering charges typically involves challenging how the prosecutor attempts to connect the transactions and intent. An experienced federal criminal lawyer may be able to break the alleged connection between the alleged crime and whether the funds involved in the transaction were from that crime.

Our Los Angeles federal criminal defense law firm has a long history of successful case results defending our client's against any type of federal crime charges. A few examples include:

Los Angeles Downtown Federal Courthouse – Central District of California: Our client was facing the possibility of over ten years in federal prison while under investigation from federal agents for several years of tax evasion, fraud, securities violations, and theft. After extensive negotiations with federal prosecutors, our criminal lawyers were able to negotiate a favorable plea bargain where our client only received probation with home confinement and no jail time.

If you or a family member has been accused of money laundering, you need to immediately contact a Los Angeles federal criminal defense lawyer at our law firm. Federal criminal charges typically involve large federal agencies with unlimited resources to obtain a conviction.

Federal courts are far different than California state courts. Therefore, it's critical to retain legal representation from an experienced federal criminal defense attorney who is well-versed in the procedures in federal court.

The first step in your defense to money laundering charges is to contact our law firm to closely examine all the specific details and evidence in your case.