Entrapment as a Defense to Criminal Charges

What Is Police Entrapment?

If you are charged with a crime because someone in law enforcement (e.g., an undercover officer) applied undue pressure on you to commit an act you would not usually have committed, you may be able to claim entrapment as a defense.

Entrapment is often used as a defense in undercover sting operations. Still, it's only successful if you can establish that the police acted inappropriately to induce you to commit the crime and did so only because you were lured into it. If your defense is successful, your charges must be dismissed because due process was denied to you. 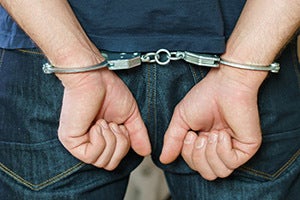 Entrapment means law enforcement persuaded you to commit a crime you would not have committed.

Police entrapment is considered a valid legal defense. It means that you only committed the charged crime because the police officer persuaded you to do it. In other words, absent the persuasion by the police, you would have otherwise not committed the crime.

If you can successfully show that you were entrapped by law enforcement, then the criminal charges filed against you by the District Attorney's Office must be dismissed. While this type of legal defense strategy can be challenging to prove, it is possible depending on the crime you have been charged with.

A typical example of potential police entrapment occurs in police undercover stings for Penal Code 647(b) solicitation of prostitution cases. Often, female police officers pose as prostitutes and attempt to persuade someone to offer them money in exchange for sex.

If the undercover police officer unduly persuades or convinces the perpetrator verbally to commit a prostitution offense, it could fall under entrapment. In this article by our Los Angeles criminal defense attorneys, we will examine this subject in more detail below.

What Constitutes Entrapment in California?

The state's definition of entrapment is summarized in the California Criminal Jury Instructions 3408:

In other words, entrapment exists when the police use overbearing pressure, coaxing, threats, or fraud to get someone to commit a crime they would not have otherwise committed. 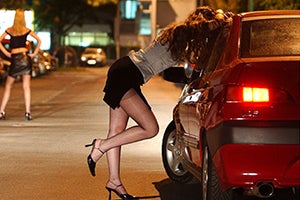 Claims of police entrapment are common in police undercover stings for solicitation of prostitution.

The defendant's state of mind is critical in establishing entrapment; if the defendant was predisposed to commit the crime, even if under different circumstances, the court will not honor entrapment as a defense.

The police cannot be held liable for taking advantage of an opportunity that the defendant created. On the other hand, if the defendant had no intention of committing a crime and perhaps even resisted when approached, they can claim entrapment as a defense.

Readers should note that entrapment refers to a situation where a “normally law-abiding person” is induced to commit a crime they would not have committed. It applies in cases of overzealous police conduct that occurs by pressure, harassment, flattery, fraud, or even threats.

Generally, the courts believe that a reasonable person presented with an opportunity to commit a crime will reject the offer.

How Can You Prove the Police Used Entrapment?

To convict you of a crime, the prosecutor must prove all the elements of a crime beyond a reasonable doubt. This is the highest stand of proof. The evidence is so solid that there is no other logical explanation that you committed the charged offense.

Thus, an entrapment argument could be used to create reasonable doubt, but you now have the burden to prove the police are guilty by the preponderance of the evidence, which means more likely than not. You may be able to claim entrapment if the police used any of the following to induce you to commit a crime:

You will probably NOT be able to claim entrapment if the officer:

The best way to understand entrapment as a viable defense is to apply it in everyday scenarios as discussed below. 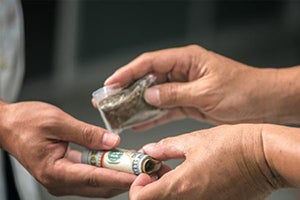 Scenario 1: Let's say that an undercover agent is trying to catch drug dealers in the act of selling drugs to customers. The agent approaches a potential suspect and asks to buy drugs from him. The suspect initially refuses, but after much persistence from the agent, the suspect relents and sells the drugs to the undercover agent. Even though the police may have used coercion and deception to get the suspect to commit the crime, the defendant was not entrapped because he was already predisposed to selling drugs.

Scenario 2: Similar circumstances to scenario 1, except that the potential suspect has abandoned the drug trade and just got out of rehab for an addiction of his own. When the undercover agent approaches him, he resists, saying, "I don't do that anymore," and saying he doesn't want to violate his probation.

After much persistence from the agent, the suspect finally makes a call to one of his old contacts and procures drugs to sell to the agent, at which point he is arrested. In this case, the defendant may be able to claim entrapment because he was not predisposed to selling drugs and only did so to get the undercover agent to leave him alone.

The Burden of Proof for Claiming Entrapment

Unlike the prosecutors who must prove you guilty "beyond a reasonable doubt," your burden of proof when claiming entrapment under CALCRIM 3408 is the "preponderance of the evidence."

This means that you don't need to prove that you didn't commit the crime or that you would have never committed the crime. You only need to show that it's more likely than not that the police coerced, harassed, or defrauded you into committing the crime.

Entrapment is a question of the fact that a jury must consider. In other words, the jury is responsible for deciding whether the defendant was entrapped.  If you successfully establish that your crime occurred due to entrapment, the charges against you must be dismissed.

Readers should note that to make a successful entrapment argument, the police officer's conduct must be so overbearing that you were coaxed into the criminal activity.

Perhaps, through early prefiling negotiations with law enforcement and the prosecuting agency, we can convince them not to file formal criminal charges in the first place, which is called a “DA reject.”

Eisner Gorin LLP is a criminal defense law firm based in Los Angeles, and we serve people across Southern California. You can contact our office for an initial case consultation by calling (310) 328-3776 or filling out the contact form.