The Crime of Elder Abuse in California - PC 368 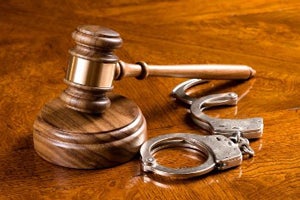 Penal Code 368 PC elder abuse statute makes it a crime to inflict physical or emotional abuse on anyone 65 years or older.

Elder abuse is covered under California Penal Code Section 368. It covers a wide array of criminal offenses that may occur in different situations.

Victims who are 65 years or older are given special protections as abuse of seniors have increased dramatically in Southern California.

In fact, the Los Angeles County District Attorney's Office has a separate elder abuse unit that specializes in aggressive investigation and prosecution of these types of cases, which is commonly known as senior abuse. It's important to note the victim does not have to be a senior citizen, but only a dependant.

The law provides protection to any dependant adult who has mental or physical limitations that would impair their ability to perform daily normal activities. In most cases, defendants of an elder abuse case are a family member or a caregiver.

Elder abuse can occur in different ways, including:

It's a criminal offense to willfully cause or allow an elder or dependent individual to suffer unjustifiable pain.

This means that an individual does not have directly abuse an elder. If they are the caregiver and knowingly allows an elder to be abused, they could be charged with elder abuse.

Physical abuse is causing pain or injuries of an elderly victim, such as any type of:

Physical abuse also includes neglect, abduction, abandonment, or sexual abuse.Emotional abuse is any type of mental suffering, such as ridicule or isolation.

A common example in Los Angeles County would include a situation where a caregiver refuses to allow an elderly person to have contact with other people.

Financial abuse includes stealing, embezzlement and defrauding an elder's property, such as forgery or identity theft.

Elder abuse can be filed as a misdemeanor or felony offense, depending on the specific circumstances and the defendant's criminal history.

There are numerous scenarios where you could be charged with elder abuse, but it typically includes situations where you are accused of taking advantage, neglecting, or abusing an elderly person under your care.

If you are facing accusations of abusing an elder, you need to contact a Los Angeles criminal defense lawyer at Eisner Gorin LLP immediately.

Don't make any statements to police detectives as you may incriminate yourself. Our lawyers need to closely examine the allegations and specific circumstances in order to start developing an effective defense strategy.

Let's take a closer look at the legal definition, penalties, and potential legal defenses for elder abuse below.

Under California Penal Code Section 368, which is listed as crimes against elders and dependant adults, elder abuse is legally defined as follows:

In order to be convicted of elder abuse, the Los Angeles County prosecutor has to be able to prove, beyond any reasonable doubt, certain elements of the crime. These elements include:

The term “willfully” means it was on purpose or deliberate. Unjustifiable pain or mental suffering means causing some type of pain that is not necessary, or that is excessive under the specific circumstances.

Circumstances that could have endangered the health or likely to produce great bodily harm means a significant physical injury.

However, it's not necessary that the elder actually suffered a great bodily injury, only that they were placed in a situation where it could have happened.

It's important to make note here that a prosecutor can only convict you if you had a legal duty to act.

What About a Caregiver?

If you are the caregiver of an elder or dependent adult, the prosecutor has to be able to prove that while having care or custody of the victim, you willfully or negligently caused their injuries or placed them in a dangerous situation that was likely to cause injury.

An elder adult is any person who is at least 65 years old. A dependent adult is:

Criminal negligence means your actions, or a lack of actions, created a substantial risk of great bodily injury or death.

Failing to give an elder their prescribed medication could be considered negligent and sufficient evidence to support an elder abuse charge.

In Los Angeles County, a common example of an elder abuse charge occurs when a typically loving family member or caregiver finds themselves in a situation where they become overwhelmed with the demands of caring for an elderly person. In response, they snap and physically assault them.

Whatever the specific circumstances that resulted in elder abuse charges, it's a serious criminal issue with potentially harsh legal consequences.

Call a Los Angeles criminal defense attorney at our office for more information and to discuss a solid legal strategy moving forward.

The Los Angeles County prosecutor can file an elder abuse case an either a misdemeanor or felony crime, depending on the type of abuse and your criminal history.

This is commonly known as a "wobbler." If convicted of a misdemeanor offense, the legal penalties can include:

If convicted of a felony elder abuse offense, the penalties can include:

If the victim suffers great bodily injury, the legal penalties will increase and you could face a “strike” under California's Three Strikes Law. Contact our Los Angeles criminal defense law firm for more specific information.

As stated above, Los Angeles County prosecutor's aggressively pursues charges against anyone accused of elder abuse.

Due to the fact that most defendants are family members that have an emotional connection to the victim, the entire legal defense process can see seem overwhelming.

An experienced Los Angeles criminal defense lawyer from our office can use a variety of legal defenses to fight elder abuse charges. These include:

If you have been accused of elder abuse, you should immediately contact a Los Angeles criminal defense lawyer at the top-ranked law firm of Eisner Gorin LLP.

Retaining a lawyer with experience in elder abuse cases can be critical to the outcome of your case.

We have a track record of success defending our clients against elder abuse criminal offenses.

For example, in one case in Pasadena Superior Court, our client faced accusations of violating a position of trust with an elderly victim.

He was formally charged with theft and elder abuse, and was facing five years in a California state prison.

After extensive negotiation with the Los Angeles County prosecutor, we were able to secure a plea bargain where our client only received probation and community service with no jail time.

In another case in Ventura Superior Court, our client was charged with financial abuse of an elderly person in a case involving $250,000.

After exhaustive negotiations, our criminal lawyers where able to obtain a favorable plea bargain where our client received probation and work release after restitution was paid.

To review the details of your elder abuse case with a Los Angeles criminal defense lawyer, call our law firm at 877-781-1570.