The Crime of Child Endangerment in California - PC 273a 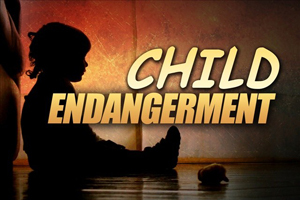 Penal Code 273a PC makes it a crime to wilfully expose a child to unjustifiable pain, suffering, or danger.

In basic terms, whenever an individual endangers the well being or safety of a child, they could be charged with child endangerment.

This could occur by parents neglecting their child by themselves for an extended period of time. It could also occur when a parent brings their child into a situation where drugs are laying around within reasonable reach of the child.

The act does not have to cause direct physical harm, but just places the child in a dangerous situation where they could be harmed.

Typically, if your conduct put the child at great risk of bodily harm, the case will be filed as a felony crime.

The child does not have to sustain actual injuries to be charged with child endangerment. California Penal Code Section 278 defines the crime of child abduction.

If you are under criminal investigation for child endangerment or already charged, you need to immediately consult with a Los Angeles child endangerment defense lawyer at our law firm to review all the specific details and explore legal options.

In our five decades of criminal defense experience, we have learned that child endangerment charges are sometimes filed in connection with a domestic violence incident.

In Los Angeles, the criminal offense of child endangerment can be filed when a defendant:

In addition, when Los Angeles police respond to a domestic violence call, they may find evidence of a child endangerment offense during their investigation.

If so, they will typically refer these cases to the Los Angeles County Department of Children and Family Services (DCSF).

Their agents will perform a thorough investigation related to the welfare of the child. If they find sufficient cause, they can file a petition for removal of the child from the home to safer environment.

Every child endangerment case in Los Angeles has its own set of unique circumstances and evidence.

If the circumstances of your child endangerment case involve the risk of great bodily harm, or even death of the child, the prosecutor can file the case as a misdemeanor or felony offense. If convicted, you could face the following penalties:

As former LA County prosecutors, we fully understand how child endangerment cases are investigated and prosecuted.

An experienced Los Angeles child endangerment attorney at our law firm can use a variety of legal defenses for our clients, including:

A child endangerment case is very fact specific. Our lawyers may be able to make an argument that every reasonable parent has a momentary lapse of attending to their child during which time they were placed in a dangerous situation.

In this type of situation, our criminal attorneys can argue no crime was committed because your conduct was neither intentional nor criminally negligent.

Once you learn you are under criminal investigation for endangering your child, retaining an experienced and aggressive Los Angeles child endangerment lawyer is most important decision you can make.