Every state in the Union has laws against kidnapping, but there are times when it falls under the jurisdiction of the United States government and becomes a federal crime. These are covered in Title 18 U.S. Code 1201, also known as the Federal Kidnapping Act.

Most kidnapping charges are prosecuted under state law, but kidnapping incidents could be charged as federal crimes under specific scenarios. The penalties for kidnapping will depend on the severity of the offense and other factors. 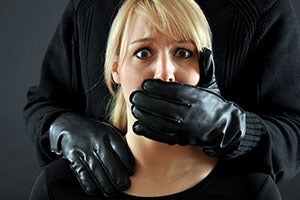 Kidnapping becomes a federal offense in certain situations, such as crossing state lines.

Kidnapping is described as taking somebody away against their will and often involves holding them in false imprisonment or confining them. It can also include forcing someone into a vehicle and driving them to another location or locking them up in a room to prevent an escape.

18 U.S.C. 1201 says, “whoever unlawfully seizes, confines, decoys, kidnaps, abducts, or carries away and holds for ransom or reward any person, or when the person is willfully transported in interstate or foreign commerce across a state boundary is guilty of kidnapping and shall be punished by imprisonment for any term of years or life and, if the death results, by death or life imprisonment.”

Both conspiracy and attempt are considered forms of kidnapping under the statute. If two or more people conspire to violate this law, they will be punished as if they had acted alone, but attempted kidnapping carries a lesser punishment.

The Federal Bureau of Investigation (FBI) is the primary agency that deals with kidnapping allegations. They are responsible for investigating, gathering evidence, and apprehending anyone allegedly involved in the kidnapping at the federal level.

If you are charged with federal kidnapping, the standard penalties for a conviction can be pretty severe: up to life in prison or up to 20 years just for attempting to kidnap someone. Let's review this federal law more closely below.

What is the Definition of Kidnapping?

Under 18 USC 1201, a person is guilty of kidnapping who "unlawfully seizes, confines, inveigles, decoys, kidnaps, abducts, or carries away and holds for ransom or reward or otherwise any person."

Simply put, if you forcefully take someone away against their will and hold them to get something from them (like ransom), you have committed kidnapping.

However, as noted, kidnapping is only considered a federal offense under certain situations, such as when a victim is transported across state lines in interstate or foreign commerce and not released for at least 24 hours. Under 18 U.S. Code Chapter 55, there are some related statutes, including:

It's illegal to remove or attempt to remove a child from the United States. It's also unlawful to detain a child outside the country to obstruct the lawful exercise of parental rights.

When Is Kidnapping a Federal Crime Rather than a State Crime?

According to 18 USC 1201, the crime of kidnapping becomes a federal offense in any of the following situations:

What is an exception to the rule? If a parent kidnaps their child within any of the territories listed above or takes them across state lines, 18 U.S.C. 1201 exempts them from being charged with a federal crime. Instead, they will be prosecuted under applicable state laws.

18 U.S.C. 1201 has a special provision that only makes kidnapping a federal crime in crossing state/international lines if the victim is not released within 24 hours.

However, this provision also works in the opposite direction, meaning that if the victim is not released within 24 hours, authorities have the right to presume that the victim has been transported across state/international lines.

If the kidnapping lasted beyond 24 hours and no state or international boundaries were crossed, you would have to dispute this to avoid federal prosecution.

EXAMPLE 1: Rick abducts a child at a McDonald's on State Line Road in Texarkana, TX, and conveys the child across the street to his motel room on the Arkansas side.

Rick can be charged with federal kidnapping because he conveyed his victim across state lines, even though he only crossed the street.

EXAMPLE 2: John kidnaps a child of wealthy parents and takes him up in a small aircraft to hide him in a mountain cabin. John can be charged with federal kidnapping because his actions occurred within the special aircraft jurisdiction.

EXAMPLE 3: During a heated custody battle with his ex-wife, Darren picks up his child from school without authorization and goes on the run, crossing multiple state lines in the process.

While Darren will likely be prosecuted for kidnapping under state laws, his is not considered a federal crime because he is the child's biological parent.

What Are the Penalties for Federal Kidnapping?

The penalties for kidnapping depend on the circumstances of the crime, but they can be pretty severe. The prescribed penalties under 18 U.S.C. 1201 are as follows:

What Are the Legal Defenses?

Suppose kidnapping is prosecuted as a federal crime. In that case, the prosecutor must prove that the defendant seized, confined, abducted, or carried away somebody and either held them for ransom or moved them against their will from one place to another. 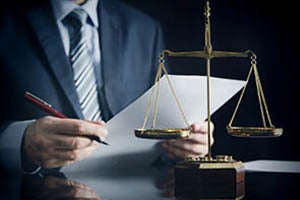 Contact our law firm to review the case details.

Perhaps we can argue that there is insufficient evidence to prove the crime's elements beyond a reasonable doubt.

Perhaps we can argue that the alleged victim consented to be moved or that the offense does not rise to a federal-level crime. Maybe we can say that the jurisdictional elements have not been satisfied. However, you could still face state-level kidnapping prosecution.

Perhaps we can argue that you are the victim of mistaken identity and a false allegation. Maybe law enforcement agents violated your constitutional rights.

If you or a family member is under investigation for federal kidnapping under Title 18, Section 1201, reach out to our law firm to review the details and legal options. Perhaps negotiation with the federal prosecutor is possible for a favorable plea bargain if guilt is not in doubt.

Eisner Gorin LLP is a Los Angeles-based criminal defense law firm. Contact us for a case evaluation by phone or fill out the contact form.