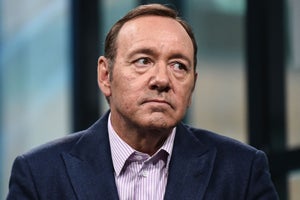 The criminal investigation into Oscar winning actor Kevin Spacey is being reviewed by the Los Angeles district attorney's office. The case deals with an alleged sexual assault of a man in Malibu in October 2016. The case is under investigation by the Los Angeles County sheriff's who received a report of an accusation of sexual battery, which is legally described as the unwanted touching of another person for purposes of sexual arousal, gratification or abuse. Sexual battery can be filed as either a misdemeanor or felony case depending on the specific details and seriousness of the crime. If the accusation qualifies as a misdemeanor case, it would fall outside the statute of limitations, making the case too old to pursue charges. However, if the case is considered a felony crime, it could still be prosecuted. Los Angeles criminal defense lawyer, Dmitry Gorin, who is a former Los Angeles County sex-crimes prosecutor, was quoted in the article saying "California Penal Code Section 243.4, sexual battery, is typically charged as a misdemeanor and that most of the time it involves touching over clothing. It's rarely charged as a felony offense." Read Story Here. 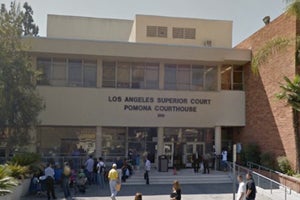 A bankruptcy lawyer who has been accused of shooting an elderly couple in a Baldwin Park, California, was arrested in Idaho. The defendant, along with his wife, pleased not guilty in the Pomona Courthouse. He has been accused by prosecutors of attempted murder of his former client's. Both victims survived the attack. After they were extradited back to California, the judge set the bail at $10 million and $2 million respectively. The defendant's criminal defense attorney, Alan Eisner, argued at her arraignment the bail hearing the amount was "excessive." Mr. Eisner was quoted in the article “There is no indication in reports that would demonstrate her to be a danger to the community. If you are concerned about the issue of flight, place an electronic monitoring bracelet on her which would allow her to be a mother to her kids and be detained reasonably.” However, the judge decline to act until the bail hearing. Los Angeles criminal defense lawyer, Dmitry Gorin, who is the other defendant's lawyer, told the court he has not received police reports and other relevant documents from investigators. He also stated he plans to bring the facts of the case to light as soon as possible, and was eager to receive the prosecution's findings. Read Story Here. 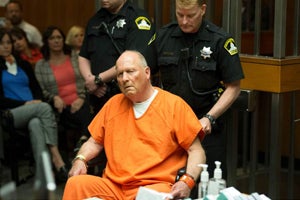 The “Golden State Killer” made national headlines after police arrested a suspect, Joseph DeAngelo, in April 2018 after decades of a criminal investigation. However, what will probably attract even more attention about this alleged serial rapist and murderer arrest will be the actual trial. Sacramento County prosecutors have announced it will be a joint effort in a single trial. The defendant's attorney claimed it would be the “biggest trial in California history.” The local prosecutors and five others have announced that they had refiled the 13 murder counts, which occurred in several different counties in California. Ten criminal counts have special enhancements allowing prosecutors to pursue the death penalty. The amended criminal complaint also includes 13 new charges of kidnapping to commit robbery. The defendant is accused of committing the crimes over a period of 11 years. Police detectives were able to match his DNA taken from a crime scene. The big questions now are what strategies will be used by the prosecutors and criminal defense lawyers? What about jury selections? These questions and other are addressed in a radio interview with Los Angeles criminal defense lawyer, Dmitry Gorin, who is frequently asked to serve as a legal expert and analyst. Listen To Interview Here.

MyNewsLA.com - Hearing has been scheduled for a man facing charges in fatal street racing crash 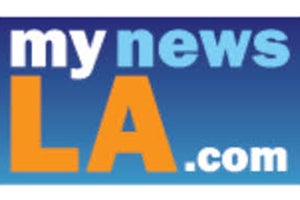 A judge has set an October 1, 2108 hearing in order to determine if a Whittier man will stand trial for allegedly participating in a February 2016 street race causing a multiple vehicle crash on the Golden State Freeway that resulted in the death of three people. The defendant has been charged with three counts of second-degree murder and four counts of reckless driving on a highway causing injury. He is facing accusations of being behind the wheel of a car that was driven aggressively in a race with another vehicle. Prosecutors claim when he approached another vehicle driving at normal speed he attempted to swerve, but lost control and struck an 18-wheeler causing it to go airborne over the center median, where it struck another vehicle, killing four people. One of the defendant's criminal defense lawyers, Dmitry Gorin, was quoted in the article “He had no intent to hurt anyone and that what happened was an accident.” He also told the court his client has had no prior criminal record and is a college graduate, who recently worked as a producer on the TV show “Dancing With The Stars.” Read Story Here. 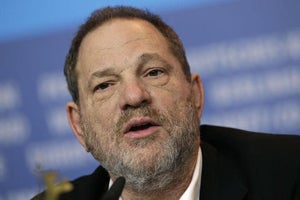 A model and actress from Italy accused Harvey Weinstein of rape in 2013, which is one case under criminal investigation by the Los Angeles County District Attorney. Her case is considered the one with the most potential to lead to criminal charges. She is accusing Weinstein of coming to her hotel room without warning after a brief encounter at the Art Fest in February 2013. She says he bullied his way into her room and became aggressive and demanding to see her naked. After she refused, she claims he grabbed her by the hair and forcibly raped her. Mr. Weinstein has denied the allegations. He claims the sex was consensual. Many months have passed since she reported the incident to Los Angeles police detectives, but she remains confident it will lead to criminal charges. Many legal experts said the long time span without any criminal charges could be due to the fact she did not report the incident to police when it occurred in 2013. In fact, it was only after reports about Weinstein's alleged misconduct in The New York Times, which started the #MeToo movement that she decided to come forward. Los Angeles criminal defense attorney and former LA County sex crimes prosecutor, Dmitry Gorin, was quoted in the article: "The D.A.'s office is likely interviewing as many people as it can to verify the story, such as her family, priest, and friends. Did she complain to them soon after the fact? Those are called fresh complaint interviews and those are people they're going to want to interview to assess her credibility." Read Story Here .