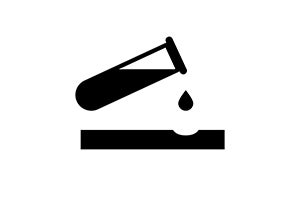 Penal Code 244 PC assault with caustic chemicals law makes it a crime to throw caustic substances on someone with the intent to injure or disfigure them.

Assault is a crime involving an act that could harm another person. California Penal Code § 244 defines the felony crime of Assault with Caustic Chemicals.

To be found guilty of a violation of Section 244, the government must prove beyond a reasonable doubt that the defendant placed, threw, or caused to be placed or thrown, onto someone else's person a vitriol, corrosive acid, flammable substance, or caustic chemical of any nature.

Further, the defendant must have acted with the intent to injure or disfigure the victim.

While the term corrosive acid is relatively self-explanatory, several of the other qualifying substances warrant further definition.  A “vitriol,” refers specifically to sulfuric acid or similar substances.

A “caustic chemical,” refers to any substance which is capable of burning or corroding flesh.  “Flammable substances,” are those substances such as gasoline, petroleum products, or other flammable liquids with a “flashpoint” of 150 degrees Fahrenheit or less.

Scientifically, a “flashpoint,” is the lowest temperature at which a liquid's vapors can ignite into flame. Lower flashpoints indicate a more readily flammable substance whereas higher flashpoints are found in substances which are harder to ignite.

Whether a given substance in a particular case falls into the categories provided for in Penal Code § 244 is a fact-specific question which may ultimately be referred to the judgment of a jury at trial.

To give readers useful information about the violent offense of assault with caustic chemicals, our California criminal defense attorneys are providing an overview below.

It should be noted that “caustic chemicals” are described as any substance that can burn or corrode living tissue.

The term “vitriol” is a type of caustic substance, such as sulfuric acid and other related compounds.

Assault with Caustic Chemicals also requires that the defendant act willfully and maliciously. This is the so-called mental state required for a jury to convict the defendant of a violation of Penal Code § 244.

In order to obtain a conviction, the prosecutor will has to be able to prove all the elements of the crime, beyond a reasonable doubt, listed in CALCRIM 877 Jury Instructions:

In practical terms, this means that not every incident in which caustic chemicals are placed or thrown on another individual is criminal.

As you would expect, an accidental application of chemicals, even if it results in serious injuries, is not a violation of Section 244.

More unusual circumstances, such as the application of a qualifying chemical intentionally but for a legitimate purpose such as medical treatment, would also not qualify. The defendant must act willfully and with the intent of harming the victim.

Assault with Caustic Chemicals in violation of California Penal Code § 244 is a serious felony charge which carries a potential penalty of two, three, or four years incarceration in California state prison, a fine up to $10,000, and formal felony probation.

The terms of probation could include routine meetings with a probation officer, community service, and paying victim restitution.

The judge could also issue a protective order that would prohibit you from contacting the victim and keeping a certain distance away from them.

Penal Code § 244 is not a “wobbler,” unlike many other more common assaultive crimes, meaning it cannot be reduced to a misdemeanor.

That said, there are opportunities for plea bargaining with the prosecuting agency such that a lesser offense, including a misdemeanor, may be a realistic outcome depending on the specific facts and circumstances of the case.

Many of the same defenses which apply to other forms of assaultive crimes would also be relevant in a prosecution for Penal Code § 244. Our criminal defense lawyers need to first closely review all the details in order to determine a strategy for best possible outcome.

The most common defenses include the following:

Self-defense, though it would only arise in a very unusual circumstance where the defendant happened to be holding a caustic chemical at the time they were attached by the victim, could be argued.

If there is a question as to the identity of the person who threw or placed chemicals on the victim, the defense of mistaken identity could be argued. In an appropriate case, the defendant could argue that they did not possess the requisite mental state, discussed above, to be guilty of the crime.

Not a Willful Act or Intent to Injure or Disfigure

A primary element of the crime is that you acted willfully and maliciously. We might be able to make an argument the victim was harmed due to an accident, even in cases where you may have acted criminal negligence. We might also make an argument that you didn't intend to injure or disfigure the other person.

Not a Caustic Chemical

Because Penal Code § 244 applies only to specific chemicals, and not simply any substance which is capable of harming someone, there may be fact-specific defenses available to the defendant related to the chemical composition of the substance in question.

If it can be shown, potentially through independent analysis and testimony by a defense expert chemist, that the substance which was applied to the victim does not fall within the categories of caustic chemicals provided for in the statute, the defendant may be guilty of the lesser offense of battery, but not of a violation of Penal Code § 244.

If you, or someone you know, is charged with Assault with Caustic Chemicals in violation of Penal Code § 244, contact our experienced criminal defense attorneys at Eisner Gorin LLP for an initial consultation.

Our attorneys can counsel you and your loved ones about your potential defenses, the necessity of further independent investigation, plea bargaining, motion practice, and the potential outcomes in your case.

As every case is fact-specific, each client's matter must be evaluated on a case-by-case basis keeping in mind the life circumstances of the client and their goals for the representation.

We specialize in aggressive pre-court representation through our prefiling intervention process to attempt to reduce or drop even serious felony charges such as Assault with Caustic Chemicals before the case goes to court.