Review of the Ecstasy Laws in California

it's a crime in California to possess, sell, transport, manufacture, or be under the influence of ecstasy, also called “molly.” Numerous statutes define ecstasy offenses, and the specific charges and penalties will always depend on many factors.

California Health and Safety Code 11377 HS covers simple possession of ecstasy as a misdemeanor offense under Prop 47, and you can be sentenced to up to one year in county jail. HS 11377 and other drug crimes don't only apply to ecstasy but to other narcotics as well. 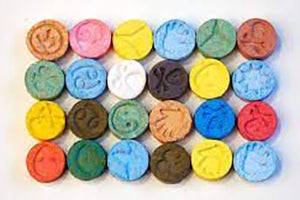 There are several California statutes that make possession, sales, and transporting ecstasy a crime.

Health and Safety Code 11378 HS defines the more severe crime of possessing ecstasy with intent to sell which is a felony crime. This involves having enough ecstasy that shows an intention to sell the narcotic, not just to consume it personally.

If convicted under HS 11378, you face a felony charge punishable by 16 months or two or three years in county jail.

Health and Safety Code 11379 HS defines transporting or selling ecstasy and is charged as a felony crime and carries up to nine years in a California state prison.

You violate HS 11379 transporting or selling a controlled substance law when you transport or import ecstasy into California, trade or furnish ecstasy, and give away or administer ecstasy to someone that results in that individual consuming the narcotic.

California Vehicle Code 23152(f) defines driving under the influence of ecstasy as a misdemeanor offense. This DUI drug charge means that the ecstasy has so far affected the nervous system to impair the ability to operate a vehicle in a manner of an ordinarily cautious person in full possession of his faculties.

In this article by our California criminal defense lawyers, we will examine this topic more closely below.

The popular nightclub drug called ecstasy or molly is methylenedioxymethamphetamine, which professionals know by its acronym MDMA.

Ecstasy became famous for its unique effects on some users, like hallucinogens, including increased pleasure, warmth, distorted time and sense, emotional closeness, and elevated mood linked with sexual arousal.

However, ecstasy is a dangerous narcotic, especially when mixed with cocaine, marijuana, and alcohol. Ecstasy has harmful side effects, including:

When combined with other known substances, it can be especially harmful and even deadly.

What Are the Laws Regulating Ecstasy?

According to five Federal Controlled Substance Act schedules, federal and state drug laws classify ecstasy with other illegal drugs, such as methamphetamine and cocaine.

An illegal drug's Schedule level I, II, III, IV, or V will depend on its addictive quality, value as a medical treatment, and safety when used.  The lower the schedule, like I or II, the worse the drug. For example, a Schedule I drugs has:

What Are the Penalties for Ecstasy Crimes?

The penalties for drug crime convictions related to ecstasy will always vary depending on the details of the case, such as the following;

Some sentencing enhancements for possessing large amounts of ecstasy can increase the punishment to up to fifteen years in state prison.

What are the California Drug Diversion Programs?

Diversion from criminal court to drug court might be possible, especially for first-time offenders on a possession-only charge. Ecstasy charges might also qualify for:

How Can You Fight Ecstasy Charges?

A wide range of legal defenses can be used to fight any ecstasy-related offense. In some cases, where guilt is not in doubt, a successful defense would be to avoid a felony charge and enhancements, keeping the ecstasy offense to, at most, a misdemeanor. Other common reasons include:

An illegal search and seizure are when the police have searched you without a valid search warrant or if they lack probable cause that criminal activity has occurred.

In some cases, we might be able to argue there were irregularities in testing and determining the drug type or form. 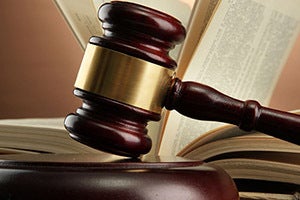 There are several common legal defenses we can use to fight ecstasy charges and penalties.

To convict you of possession of a controlled substance under Health and Safety Code 11377, the prosecutor must prove that you knew of the presence of the drug at the time it was found in your possession.

If you are facing any misdemeanor or felony ecstasy-related charges, then contact our experienced legal team to review the case details. A conviction can lead to hefty fines, jail time, and deportation for those defendants who are not United States citizens.

We can also determine whether you are eligible for a drug diversion program that will allow you to get rehabilitative drug treatment rather than jail time. If you complete the diversion, then your criminal charges will be dismissed.

Eisner Gorin LLP is a top-ranked criminal law firm in Los Angeles, California can contact our firm for a consultation at (877) 781-1570 or use the contact form.