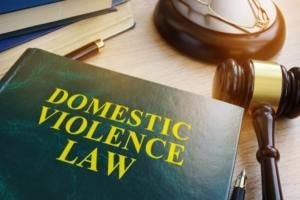 Criminal threats cases related to domestic violence has become common in Los Angeles and can be charged as either a misdemeanor or felony crime.

California Penal Code 422 makes it a crime to use criminal threats against someone. In a case where threats are used against a spouse, cohabitant, boyfriend, girlfriend, or a co-parent, you can face domestic violence charges.

PC 422 criminalizes the act of willfully threatening to commit a crime which can result in death or great bodily injury to another person. The threats can be verbal, written, or by electronic communication (cyberstalking), and the threat was made with intent to be taken as a threat.

Many people also don't realize that making criminal threats is a potential felony case that can lead to a California state prison sentence.

Criminal threats is a “wobbler” meaning the prosecutor has the discretion to file the case as either a misdemeanor or felony offense - depending on surrounding circumstances – prior criminal history.

If the case is filed as a felony, you will be facing significant penalties if convicted, and it will count as a “strike” under California Three Strikes Law.

In order for the Los Angeles County prosecutor to convict you making criminal threats described under California Penal Code 422, they must be able to prove all the elements of the crime listed under CALCRIM 1300 Jury Instructions:

It should be noted that under PC 422, there aren't specific crimes that you have to threaten to be convicted of making a criminal threat.

For example, you don't have to shout out “I'm going to hurt you” in order to get convicted.

Rather, if your threat was that you were going to commit a great bodily injury, or worse, on your spouse, then your statement could be considered a criminal threat.

A great bodily injury (GBI) means you threatened to commit significant or substantial injury to them.  If your threat was to only cause slight harm, it would not be considered an unlawful t considered a criminal threat.

It should be noted that a criminal threat could also be directed at a group of people, such as the family of your spouse, rather than just your spouse alone.

For instance, if your spouse asks for a divorce, then you start sending threatening group texts messages to all family members, then it could be considered a criminal threat.

Making threats to damage a spouse's property or their reputation is not sufficient for a case of criminal threats. Penal Code 422 requires a specific intent to cause physical harm to them.

In some Los Angeles cases, a domestic violence charge could include accusations that you threatened to kill or seriously injure your partner. It could also include damaging a phone line to prevent the victim from calling for help.

Even in a situation where there was no actual physical contact, you can still be charged with criminal threats as a domestic violence crime. It should be noted that you don't have to be in the same location with your partner because criminal threats are often communicated over the phone or electronically.

If you are arrested for making criminal threats, then you will probably be subjected to a domestic violence restraining order.

The victim could even make application for an emergency protective order and then petition the criminal court later for a full domestic violence restraining order.

Threats of violence against your domestic partner can be sufficient grounds for the court to grant a full restraining order, even where no physical contact occurred.

Additionally, the prosecutor will normally request that a protective order be issued at the time of your criminal court arraignment.

The protective order will remain in effect for as long as your criminal charges are pending.

If you violate the protective order, it could lead to new criminal charges that are described under California Penal Code 273.6.

Criminal threats under PC 422 is a “wobbler” crime which means the prosecutor has the discretion to file the case as either a misdemeanor or felony.

If convicted of a PC 422 misdemeanor, the penalties include:

If convicted of PC 422 felony, you will be facing:

If you used a dangerous or deadly weapon while making the threat, you are facing an addition one year in prison.

Also, a felony conviction would be considered a “strike” under California's Three Strikes Law, which can be used enhance future offenses.

If you are an undocumented immigrant, a conviction could lead to adverse immigration consequences, such as deportation.

When there is a fight among domestic partners, there is often false allegations made during the heat of the moment, and this often involves whether a criminal threat was actually made.

It might be possible to make a reasonable argument that the victim exaggerated or even lied to police officers who responded to the scene.

Another potential defense includes that the threat was vague, ambiguous, was conditional or was not immediate, which are all part of the crucial elements of the crime.

We might also be able to argue your domestic partner wasn't actually in fear. If they don't experience actual fear of being harmed, then PC 422 says they have not been criminally threated. In other words, your alleged victim must have taken your threats seriously in order to demonstrate your intent to cause them great bodily injury or death.

If you have been charged with California Penal Code 422 criminal threats, then you should consult with our criminal defense lawyers to review the case.

Eisner Gorin LLP is a team of seasoned criminal defense attorneys with a record of success in all types of domestic violence related cases.