What is the Marital (Spousal) Privilege?

California law contains an essential protection for criminal defendants when it comes to their spouses and, in some instances, ex-spouses. Embodied in sections 970, 971, and 980 of the California Evidence Code, marital/spousal privilege gives a person the right not to testify against their spouse in a criminal jury trial or disclose confidential communications with their spouse during the time they are/were married.

Put simply, the marital/spousal privilege is the evidence rule that you have the legal right not to testify against your husband or wife in a criminal jury trial after they were charged with a crime. 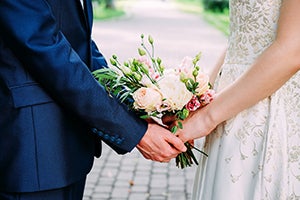 The spousal privilege means that testimony against each other at a criminal trial can't be forced.

Further, when they are charged with a crime, you have the legal right not to disclose any confidential communications between you and your spouse, including preventing your spouse from disclosing any such communications. This spousal privilege is an important evidentiary protection because many criminal defendants have spouses or ex-spouses to which this rule could apply.

Spouses are frequently crucial sources of information regarding their partner's criminal conduct. They are often the primary target of police detectives investigating a crime allegedly committed by their spouse.

As with most evidentiary rights, there are some exceptions to these rules. Our Los Angeles criminal defense lawyers will explore both in greater detail below.

Simply put, these laws protect spousal relationships from being forced to testify against one another in court. In other words, if you're on trial for a crime, the prosecution cannot subpoena your spouse as a witness against you, no matter how much they know about the alleged crime.

This right applies only to current valid marital relationships. In other words, the privilege does not apply to:

Readers should note that this marital testimonial privilege in California doesn't mean your spouse can't testify against you; instead, only they can refuse if that is their choice. If your spouse decides they want to provide testimony against you in a criminal trial, then you don't have the right to prevent it.

Readers should also note that marital testimonial privilege applies only to married people when the testimony occurs. If you get a divorce, the spousal benefit ends. This means the marriage privilege not to testify against their spouse only applies to a current spouse, not an ex-spouse, fiancés, or cohabitant.

What Are the Exceptions?

Testimonial privilege does not apply in the following situations under California law.

The spouse chooses to testify. Marital/spousal privilege does not mean a spouse's testimony is inadmissible—only that it can't be forced. If your spouse wishes to testify against you, they may do so. 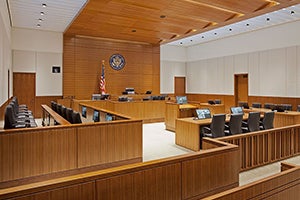 There are many exceptions to the California marital privilege, such as a spouse choosing to testify.

You married for the purpose of invoking the privilege. In other words, if the alleged crime was committed before you were married, your now-spouse knew about it and knew they would be called to testify, the marital privilege would not apply.

Bigamy. If the defendant is on trial for bigamy, spouses may be compelled to testify even if they don't wish to do so.

Crimes of child neglect or spousal abandonment. If the defendant has been charged with a serious domestic violence-related crime, then the privilege to not testify does not apply.

The confidential communications privilege is much broader than the testimonial privilege, and it applies to any personal communication between spouses made during the marriage.

There is no time limit on when the communication took place, as long as it was between two spouses who were married at the time, it's confidential and protected by law, similar to attorney-client privilege. This privilege complements testimonial privilege and provides significant additional protection for defendants, but it is different from testimonial privilege in two key ways:

It's important to note that you can inadvertently waive your marital/spousal privilege by your choice of actions or words. If you consent to waive the right not to testify (e.g., as part of a plea agreement for your crime or some other reason), you can't go back and assert that right after the fact if you have a change of heart. 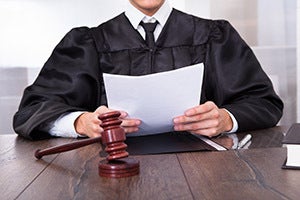 A spouse can waive their spousal testimony privilege, such as part of a criminal plea agreement.

If you choose to testify against a spouse in one instance, you can't assert your marital privilege in another related instance. Any information divulged in waiving these rights can't be rendered inadmissible once you've given it.

If you need more information about marital/spousal privilege in California and how it applies to criminal charges and trials, reach out to our law firm to review the details of the case and legal options moving forward.

You can contact our defense lawyers for an initial case review by calling us at (310) 328-3776, or you can fill out the information on the contact form and send it to us.