Enticing a Child to Prostitution - PC 266

What is Carnal Abuse of a Child?

Enticing a child to prostitution is a form of human trafficking that involves enticing a minor into a brothel to engage in acts of prostitution or setting up a minor to have sexual intercourse with another person. 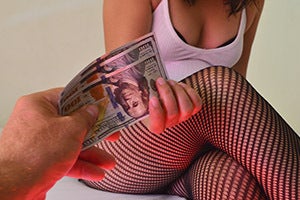 It's a crime under Penal Code 266 PC to entice a child into prostitution, which is form of human trafficking.

In other words, it's a crime for a person to entice a minor into a brothel for the purpose of prostitution or to fraudulently induce a minor to have sexual intercourse, which is also known as carnal abuse of a child.

The penalties for violating this statute could lead to a felony charge penalized by up to three years in state prison. In California, anyone under the age of 18 is considered a minor.

This law can be found within California Penal Code 266 PC, which legally defines this statute as “anyone who entices someone under 18 years of age into a house of ill fame, or of assignation, or elsewhere, for the purpose of prostitution, or to have an illicit carnal connection with another person, and someone who aids or assists in that inveiglement or enticement, and anyone who uses any false pretenses to, procure a minor to have sexual intercourse with another person.”

The law is divided into two sections and criminalizes the acts of:

An individual is guilty under PC 266 if proven that either of the acts above took place. An illicit carnal connection includes oral sex and sexual intercourse for purposes of this statute.  In this article by our Los Angeles criminal defense lawyers, we will examine the law in more detail below.

What are the Potential Penalties for Penal Code 266?

If the PC 266 was charged as a felony offense, a conviction could carry the following:

A conviction for enticing a child into prostitution can result in tier-one sex offender registration for ten years.

How Does a Conviction Affect Immigration Status?

If an individual is convicted of Penal Code 266 enticing a child into prostitution and is not a United States citizen, the conviction can result in deportation or inadmissibility.

This crime is considered a crime of moral turpitude under the United States immigration law and will have negative consequences for the individual convicted.

Yes, it is possible to expunge a criminal conviction for enticing a child into prostitution as long as the case resulted in a misdemeanor conviction.  To be granted an expungement, the defendant must have completed probation or any jail term imposed by the court.

Suppose a defendant spent time in state prison for a conviction. In that case, they can only seek expungement if the incarceration time would have been served in county jail under the new rules regarding “Realignment” under Proposition 47. Expungements are not otherwise available for felony convictions in California.

What Are Some Related Sex Offenses?

In California, there are several state offenses related to enticing a child into prostitution under PC 266; they include contacting a minor to commit a felony, arranging a meeting with a minor for lewd purposes, and pimping and pandering. They are defined below. 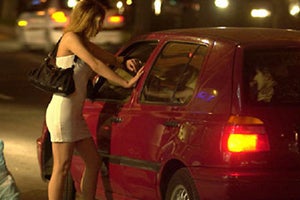 There are several related sex crimes for PC 266 child prostitution, such as pimping and pandering.

Penal Code 288 PC – lewd acts with a minor. This law makes it a crime to engage in lewd and lascivious acts with a child under 14 years old.

Penal Code 288.2 PC – sending harmful matter to seduce a minor. This law makes it a crime to transmit or distribute any harmful material of a sexual nature to minors.

Penal Code 288.4 PC – arranging a meeting with a minor for lewd purposes. This California law prohibits anyone from coordinating a minor to meet with someone to commit an indecent act.

Penal Code 266h and 266i PC – pimping and pandering. This California law prohibits anyone from collecting any portion of another's work as a prostitute.

Penal Code 236.1 PC – human trafficking. This law makes it a crime to deprive someone of their liberty with the intent to violate pimping and pandering laws and child pornography laws.

What Defenses Are Available to a Child Prostitution Charge?

If someone is facing a charge of enticing child prostitution, they may have several defenses, which can include that:

For the defense of entrapment, you will need to show how law enforcement enticed you to commit the crime alleged. To properly understand your best potential defense, make sure you speak to an experienced attorney. 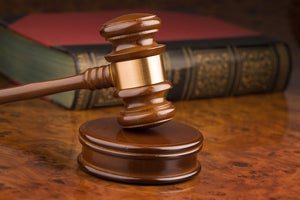 There are several legal defenses we can use to challenge PC 266 enticing a child to prostitution charges.

Perhaps we can use an argument there was a reasonable belief the victim was not a minor. Maybe we can show evidence the victim was over 18 years old or that you believed they were an adult.

Perhaps the victim lied about their age, or it was reasonable to believe that they were a consenting adult under the circumstances. Maybe their manner of dress made them appear older. If we can cast reasonable doubt about the victim's age, then you could have a chance of avoiding a conviction.

Another defense is to argue that the charges are false and that you were wrongfully arrested. Perhaps the accuser is an adult motivated by anger, revenge, or jealousy.

Depending on the details of the case, we may be able to negotiate with the prosecutor for lesser charges or get the case dropped. In some situations, prefiling negotiation with law enforcement and the District Attorney's Office could be possible to convince them not to file formal criminal charges in the first place, which is called a “DA reject.”

Eisner Gorin LLP is located in Los Angeles County, and we serve people across the state of California. You can contact us for an initial case review by calling (310) 328-3776 or filling out the contact form.