In certain situations, California law allows a judge to sentence a defendant to be confined in their place of residence as an alternative sentence to serving time in county jail or state prison.

This provision is known as "house arrest" (aka "home detention," "home confinement"), and it is codified in California Penal Code 1203.016 PC. While house arrest is an option for both misdemeanor and felony offenses, it is typically reserved for nonviolent offenders serving time for minor crimes. 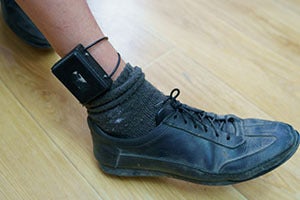 Electronic monitoring is part of a house arrest prohibiting movement beyond a certain location.

If a judge permits you to serve part or all of your sentence via home confinement, the time you serve at home counts as jail time under Penal Code 2900.5(f) PC.

Criminal courts in California will typically seek methods to relieve jail overcrowding while controlling illegal activity. There are various alternative sentencing options for some defendants instead of incarceration, such as the widespread electronic monitoring of home confinement.

There are electronic monitoring programs, but not all defendants will be eligible for house arrest as an alternative to jail time. Some rules will determine eligibility for home confinement, in which a judge imposes conditions requiring you to stay inside your home for certain portions of the day.

It is usually regulated by using an electronic monitoring device to restrict your freedom to a specific location. Electronic monitoring is a part of a “house arrest” involving an ankle bracelet worn to verify your location at particular times. Still, other electronically monitored programs are used as a condition of probation or parole.

Electronic monitoring uses Global Positioning System (GPS) monitoring with satellite technology to track your movements within the neighborhood and is primarily used to confirm compliance with the terms of probation.

The SCRAM device (Secure Continuous Remote Alcohol Monitor) is another form of electronic monitoring used as a penalty for driving under the influence cases. Our California criminal defense lawyers will examine this topic in more detail below.

What is House Arrest?

As noted, house arrest is a form of alternative sentencing requiring a person to remain confined to their residence for a specified period.

The individual is typically only allowed to leave for work, school, medical appointments, mandatory counseling or classes, or other mandatory appointments, such as community service or court appearances.

In many respects, house arrest follows similar rules to probation, except that you are also largely restricted to your home. If you violate the terms of your house arrest, you can be arrested without a warrant and taken back to jail to complete your sentence.

What Are the Advantages of House Arrest?

There are several benefits of being placed on house arrest instead of going to jail. First, it typically allows you to maintain your job and financially support yourself and your family.

It also gives you more freedom than you would have in jail since you can move around your residence freely and even have visitors over, subject to any restrictions set by the court.

As long as you abide by the terms set forth by the court, the days spent in home confinement will count as jail time until your sentence is completed.

Who Qualifies for House Arrest?

House arrest is available for misdemeanor and felony offenses; however, it's rare to be allowed to serve a prison sentence via house arrest.

You have a better chance of consideration if you are sentenced to county jail rather than state prison. House arrest is generally denied for defendants convicted of serious, violent, or multiple crimes.

You might also be eligible for house arrest if you are physically or mentally impaired or disabled in some manner that would make it unreasonably difficult to serve your sentence in jail.

What Are the Conditions of House Arrest?

If the court grants your request to serve your sentence via house arrest, you must abide by certain conditions. These conditions will vary according to the facts of the case and what the judge prescribes. Requirements typically include, but are not limited to:

In certain situations, a judge could place you on house arrest for some time as part of a parole agreement to release you from jail or prison. Again, this works similarly to the terms of conventional parole or probation.

You agree to abide by the terms of home confinement and to be electronically monitored. If you violate these terms, your parole may be revoked, and you may be sent back to jail or prison.

What Happens If You Violate the Terms of House Arrest?

The tools that are used to enforce house arrest will send a signal to the electronic monitoring agency. 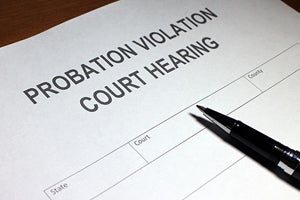 If you violate the terms of the house arrest, then you are facing a probation violation.

If you go beyond the approved distance, the equipment will trigger a violation and automatically record a signal interruption.

Next, the monitoring agency will notify your probation or parole officer, and you could be arrested for violating the terms and conditions of the program. The judge could revoke your home arrest and then sentence you to serve the rest of your sentence.

If you violate any of the conditions of your house arrest, for example, if your electronic monitor shows you left home without authorization, if you remove your monitor, or if you fail a drug test, the result is similar to that of violating probation.

You may be arrested and taken back into custody without a warrant, and you will appear before the judge for a probation violation hearing. The judge may then decide to do any of the following:

If you were accused of a crime, you might qualify for home confinement rather than spending time in jail. We are familiar with all the alternative sentencing options to avoid going to jail.

We first need to review your case details to determine the best strategy moving forward to keep you out of jail. Eisner Gorin LLP is based in Los Angeles, California. You can contact us for a case review via phone or contact form.