Under California's strict gun laws, it is a crime to knowingly possess or carry a weapon into any "sterile area" of a public transit facility (or PTF). If you do so, even if your sole purpose is to transport it or keep it with you, you could face jail time or fines if you're convicted. 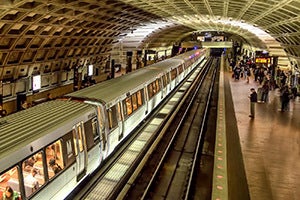 Penal Code 171.1 PC makes it a misdemeanor crime to possess any weapon at a public transit facility.

The law against having weapons at a PTF is embodied in Section 171.7 PC of California's Penal Code. The prohibited weapons include firearms, imitation firearms, BB guns, and more.

California Penal Code 171.7 states that a “Public transit facility means any land or building, including any station on a public transportation route where access is controlled in a manner consistent with the public transit authority's security plan with the primary purpose of operating a public transit system providing services to passengers, including the vehicles used in the system, streetcars, trackless trolleys, buses, light rail systems, rapid transit systems, subways, trains, or jitneys, that transport members of the public for hire.”

In this article by our Los Angeles criminal defense attorneys, we will examine this law in greater detail below.

According to Penal Code 171.7, it's against the law for anyone to knowingly bring a firearm or other recognized weapon into the "sterile area" of a public transportation facility. 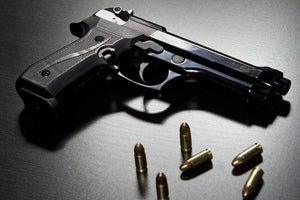 It's illegal for anyone to knowingly bring a weapon into the sterile area of a public transportation facility.

A "public transit facility" is defined as any facility offering public transportation services with controlled access.

The public transit system includes all stations, vehicles, and equipment operating within it.

Examples of PTFs include subway systems, light rail, streetcars, buses, etc. PTFs, in this case, generally do not include airports, which are regulated under a different law. PC 171.7 also lists weapons that are forbidden in sterile areas. They include, but may not be limited to:

Exceptions to the rule are made for peace officers, law enforcement, deputized forces, and in-house security. These persons are permitted to carry firearms in secure areas of the PTF. Examples of weapons at a PTF may include:

Carrying a weapon into a PTF is a misdemeanor offense, which means if you are convicted, you may face maximum penalties of up to 6 months in county jail and up to $1000 in fines. However, judges have the latitude to impose reduced penalties of summary probation as an alternative to jail time if they deem it appropriate.

If you brandish the weapon or attempt to use it, you could face additional charges with more significant penalties.

Other crimes related to carrying weapons into a PTF may include:

Weapons at an Airport – Penal Code 171.5 PC: It's a misdemeanor in California to carry a weapon or ammunition past the security checkpoint of any airport.

Brandishing a Weapon – Penal Code 417 PC: Brandishing a firearm or deadly weapon in a threatening manner in California may be a misdemeanor or a felony. You may also face this charge if you pull out the gun after carrying it through security.

Carrying a Weapon into a Public Building or Gathering – Penal Code 171b: It's a crime to enter certain public places while carrying a firearm or other weapon, including government buildings, courthouses, and polling places. This crime is charged as a "wobbler," meaning either a misdemeanor or felony.

Weapons of Mass Destruction - Penal Code 11418 PC - This statute makes it a crime for someone to possess, develop, produce, transfer, retain, manufacture, or acquire any weapon of mass destruction.

What Are the Defenses for Carrying Weapons in a Public Transit Facility?

Suppose you have been charged with bringing a weapon into a PTF in violation of PC 171.7. In that case, there are several possible defenses a good lawyer can present, depending on the circumstances surrounding the offense. These may include, but are not limited to:

No knowledge that you were in a sterile area. Prosecutors must prove that you knowingly carried a weapon into a prohibited area. Perhaps you were unaware that you crossed into a secure zone where weapons were not permitted, or the signage was not apparent. The attorney can use this as a defense. 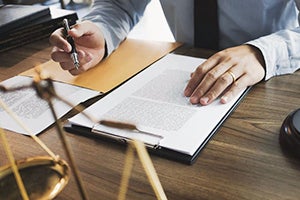 There are several legal defenses to challenge charges of carrying a weapon into a public transit facility.

No knowledge that you were carrying a weapon. For example, you forgot that you had the weapon on your person, you were not aware that the item you had in your possession was considered a weapon or someone planted the weapon without your knowledge. If any of these are true, it may be enough to avoid a conviction.

You were under duress. If someone forced you to carry the weapon under threat of harm to you or your family, this might be grounds for reducing or dismissing the charges against you.

You were searched and arrested without probable cause/illegal search and seizure. Law enforcement must have probable cause to detain, search, and arrest you. If they didn't, it violates your constitutional rights under the Fourth Amendment, and the charges must be dismissed.

Depending on the specific details of your case, we might be able to negotiate with the prosecutor for lesser charges or even a case dismissal.

Further, early prefiling negotiation with law enforcement and the filing deputies might be possible to convince them not to file formal criminal charges, known as a “DA reject.” This legal process is not always an option. If guilt is not in doubt, we may be able to work out a favorable plea bargain with the District Attorney.

The criminal defense law firm of Eisner Gorin LLP is located in Los Angeles County, and we serve people across the state of California. You can reach our office for an initial case review by phone or by contact form.