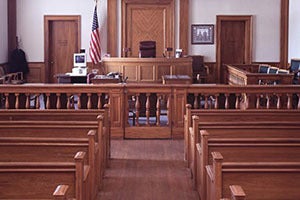 Misdemeanor probation in California criminal cases is an alternative to serving jail time.

In California state court, criminal cases are divided into misdemeanors and felonies. The major difference is that felonies, being the much more serious category of crimes, expose the defendant if convicted to a term of imprisonment in the California state prison.

Misdemeanors can also result in incarceration upon conviction, but that incarceration is limited to the county jail rather than the state prison. Receiving misdemeanor probation is part of the California criminal case process. In felony cases of non-violent offenders or those with otherwise clean records, the court will often agree to impose formal, or felony probation.

Besides considerations such as living conditions, visitation, and general quality of life, the major benefit to being in county jail rather than state prison is that custody credits are often accrued at a faster rate and, beyond statutory credits to which the defendant is entitled, county jail inmates are often released substantially quicker than their sentence on paper would indicate based on overcrowding.

For the significant majority of misdemeanor defendants, however, and in particular those facing first time charges based on a non-violent incident, a conviction does not result in incarceration. Rather, the defendant is placed on misdemeanor probation, also known as summary probation.

This article describes the features of misdemeanor probation and how they differ from formal, or felony probation. An experienced lawyer can significantly increase a defendant's chances of receiving summary probation rather than jail.

Misdemeanor probation normally lasts between one and three years, but could go as long as five years. During this period, defendants are required to comply with specific terms and conditions, such as performing community service, participate in counseling, pay restitution, and more.

In many cases, the defendant's criminal lawyer and prosecutor will have reached an agreement for probation as part of their plea bargain. It should be noted that while misdemeanor probation frequently includes no jail, there are no guarantees.

In some cases, defendants actually prefer to serve their sentence and just get it over with rather than having to follow the terms and conditions of probation for several years. Criminal court judges don't force a defendant to accept probation.

As stated, misdemeanor probation is typically imposed for 36 months, or three years. Sometimes, however, the term of probation is extended to 48 or even 60 months. In other less serious cases, the term of summary probation might be only 12 or 24 months.

The first and most important condition of any grant of summary probation is to obey all laws and orders of the court. In effect, this means that any subsequent arrest for a new misdemeanor or felony violation or any failure to abide by the court's orders can potentially result in a probation violation.

It is important to note that the standard of proof is substantially lower to constitute a probation violation than it is to actually convict the defendant of the new alleged offense. This means that a defendant could successfully be acquitted by a jury for new conduct, but still have their probation violated in an already-settled case in which the defendant is on summary probation.

Other common conditions of summary probation could include that the defendant:

Other conditions of summary probation are tailed to the particular defendant and the offense conduct which resulted in the conviction.

How onerous these conditions are going to be is typically the subject of plea negotiations between the government and defense counsel. Certain types of misdemeanor crimes also carry mandatory statutory terms which must be imposed if probation is granted and accepted by the defendant, as opposed to the imposition of jail time.

In driving under the influence cases, for example, any grant of summary probation will include the requirement to complete a court-approved alcohol education course and to pay statutory fines and fees.

For instance, a defendant might be sentenced to three years of summary probation with the condition that they serve 10 days in the county jail. Even though jail time is imposed, this is still technically a probationary sentence.

Some crimes even mandate certain minimum periods of jail time as a condition of probation, such as second and subsequent driving under the influence convictions. Finally, service and labor in the community may be imposed, essentially as an added punishment short of jail time.

The defendant will usually have the option as well to convert their fines and fees to community labor if the fines and fees would pose a financial hardship.

What Happens If I Violate Probation?

Violation of the terms of summary probation will result in a probation violation. The defendant has a right to a formal hearing at which the judge will hear evidence about the alleged violation.

If found in violation, whether following a formal hearing or because the defendant simply admits the violation, the court has the power to impose any sentence up to the maximum for the underlying misdemeanor crime. The court can also, and often does, reinstate the defendant either on the same terms of summary probation or with modifications such as adding community labor days as a punishment for the violation.

Any defendant on misdemeanor probation will usually be required to go back to the court periodically to give the judge a progress report. The judge typically asks questions and will address any problems. If defendant fails to appear (FTA) as scheduled for this progress report, then it's considered a probation violation and a bench warrant will be issued.

If you, or someone you know, requires counsel regarding the imposition of misdemeanor or “summary” probation in a misdemeanor case in California state court, contact our experienced team of Los Angeles criminal defense attorneys for an initial consultation.