Under California law, it is a crime to tamper with or damage a vehicle or remove or break parts of it without the owner's permission. Doing so is a misdemeanor offense under Vehicle Code 10852 VC. If you're convicted of this crime, you could face fines of up to $5000 and up to a year in jail.

A related crime, California Penal Code 459 PC auto burglary, makes it a crime to enter a locked vehicle with the intent to commit a felony or theft offense. 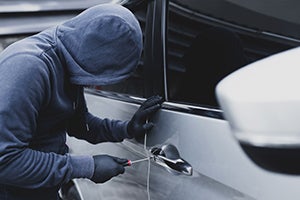 Vehicle Code 10852 VC makes it a crime to willfully tamper with a vehicle or to remove parts.

However, there may be situations where someone takes parts off the vehicle or property within an unlocked car. For example, perhaps they removed the license plate or took a hood ornament.

Suppose you went inside a car and started going through the glove box. In these scenarios, you could be charged with tampering with a vehicle violating California Vehicle Code 10852 VC.

Simply put, VC 10852 VC makes it a crime to willfully tamper with, injure, break or remove individual parts of a vehicle. In the context of this law, to “tamper” is defined as interfering with it somehow.

This statute prohibits someone from intentionally tampering, alone or with an accomplice, with another person's car without consent. This includes any parts of the vehicle, even if they are not necessary for the car to function. Let's review this state law in more detail below.

The text of VC 10852 says, "No person shall either individually or in association with one or more other persons, willfully injure or tamper with any vehicle or the contents thereof or break or remove any part of a vehicle without the consent of the owner."

To procure a conviction of this crime, prosecutors must establish the following:

Other things to know about this law:

EXAMPLE 1: Timothy lets the air out of his friend Jerry's tires as a prank. While Timothy's intent may not have been malicious, he can be charged with a crime under VC 10852 if he did so without Jerry's permission and if Jerry wishes to press charges. 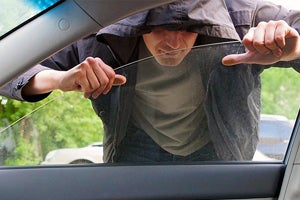 Tampering with a vehicle is a misdemeanor crime that carries fines, probation, or jail time.

EXAMPLE 2: Angry at her boyfriend Dale for cheating on him, Angela opens Dale's car door and smears dog poop on the front seat. Angela can be charged under VC 10852 because she "tampered with or injured" his car.

EXAMPLE 3: Aaron walks by a car with an open window and decides to rifle through the glove compartment looking for valuables. He empties the contents of the glove box onto the passenger seat but doesn't find anything he wants, so he walks away.

Although Aaron didn't steal anything and can't be convicted of theft, he can still be charged with tampering with a vehicle's contents under VC 10852.

EXAMPLE 4: Ivan is homeless and is looking for a place to crash for the night. He finds a parked vehicle unlocked and lets himself in. He smokes a cigar and leaves the ashes and the butt in the ashtray. Ivan can be charged with tampering with the vehicle under VC 10852.

Several laws are related to Vehicle Code 10852 VC tampering with a motor vehicle, including the following:

Violating VC 10852 is a misdemeanor offense in California. If you are convicted of this crime, you may be fined up to $5000 and sentenced to up to one year in county jail.

The judge has the latitude to consider the circumstances and may reduce your penalty to summary probation as an alternative to jail time.

Being charged under VC 10852 doesn't automatically point to a conviction. The most common defense strategies a California criminal defense lawyer can use for this crime involve refuting or casting doubt on one of the critical elements of the crime as described above. Some examples are discussed below. 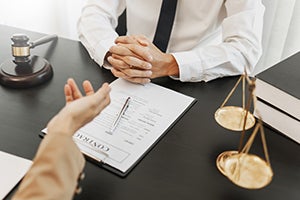 Perhaps we can argue that your actions were accidental. For example, if you totally removed a part of the vehicle in attempting to repair it and didn't act willfully.

Perhaps we can argue that you were falsely accused. If someone has misidentified you as the person who tampered with their vehicle, you can assert your innocence.

Perhaps we can negotiate with the prosecutor prefiling to persuade them not to file formal charges in the first place (DA reject).

If you have been accused of tampering with a vehicle that violates Vehicle Code 10852 VC, contact our law firm to review the case details and legal options. You can contact us via phone or by using the contact form. Eisner Gorin LLP is based in Los Angeles, California.