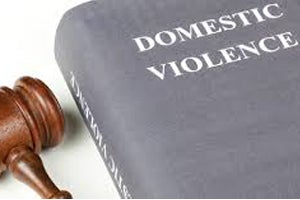 There are a wide range of domestic violence related crimes in California.

Prosecutors aggressively pursue all types of domestic violence cases during the court process and the consequences are often harsh.

The legal penalties and sentencing will depend on several factors, such as the severity of the victim's injuries, your prior criminal history, and if children were present during the dispute.

Conduct that would be considered “criminal harassment” in California is criminal threats and stalking.

A domestic violence conviction will carry mandatory penalties and you will most likely have to attend a Batterers' Intervention Program under California Penal Code Section 1203.097 .

We understand the most common domestic violence defenses in Los Angeles criminal courts. Once the case proceeds through the court, there are situations where the prosecutor might be willing to agree on a reduced charge through plea negotiations with your criminal defense lawyer.

Even for those arrested for a first-offense domestic violence, the process can be intimidating.

We know a domestic dispute can be a complicated matter for both sides and there are always two sides to any story. We also understand that a lover's quarrel or a misunderstanding between family members may be easily blown out of proportion during a domestic altercation.

In some case where emotions run high, an alleged victim will file a false report of a crime, making the stressful situation worse.

See our blog: Making False Statements to Police in Los Angeles. Witness statements in a domestic violence incident play a pivotal role in the beginning of investigation as well as during a trial or a preliminary hearing on the matter.

Our lawyers know that the content of a police report may not be admissible in court during a hearing or trial, since the statements found in the police report are generally considered “hearsay,” out-of-court statements.

However, a police report may be introduced under certain exceptions; one of them widely used is to refresh a police-officer's recollection, to remind him what has been noted by him earlier or to remind the witness what she has told to the police in the past.

In Los Angeles County, when the police are called about a domestic violence incident, their goal is to remove the threat and make an arrest.

The goal of the Los Angeles prosecutor is to obtain a conviction. It's unwise to believe the criminal justice system cares about why the incident happened or your long-term relationship.

There are no court procedures in place that is designed to protect people who have been wrongfully accused. Furthermore, your gender typically plays an important role in domestic violence cases. It's no secret that men are much more likely to be the criminal defendant, rather than the victim.

If necessary, we can help you with a bail reduction motion in California criminal cases.

In the minds of the responding police officers, whoever makes the initial 911 call is the victim. If you are convicted of domestic violence, the consequences are often harsh and life-altering.

Legal penalties typically carry large fines, 52 week mandatory classes, and some time in the county jail. In felony domestic violence cases, a conviction could even count as a strike under California's Three Strikes Law.

Furthermore, a domestic violence case could have harsh immigration consequences and lead to deportation.

Also, when children are caught up in a domestic violence incident, a conviction might impact lead to child custody issues. See related blog: Defending Domestic Violence Charges in Los Angeles.

Once either the District Attorney's Office or the police issue a charge of domestic violence, the victim does not have the authority to drop the charges.

Domestic violence is a crime governed by the state, who has the sole authority to file criminal charges. This means that because you did not issue the charge, you can't drop the domestic violence case.

The Los Angeles County District Attorney's Office makes the final decision whether or not to drop the charges. Their decision is typically based on the contents of the 911 call, police report, whether there were injuries, and any prior incidents of domestic violence.

In fact, under  California Evidence Code Section 1109, they can introduce evidence of any prior domestic violence acts.

In simple terms, it's a common myth that one spouse can simply decide to drop the charges after the police are called and you were arrested.

If you have been accused of domestic violence, it's critical to retain the legal representation of a skilled Los Angeles domestic violence lawyer before formal charges have been filed. With early intervention by our law firm, it's possible to avoid charges in the first place.

After the Los Angeles police have been called on an alleged domestic violence incident, it turns from a private family matter to a potentially criminal issue.

Police officers on the scene are required to file a report which is typically forwarded to the Los Angeles district attorney's office for review and possible filing of criminal charges.

It's during this phase of the legal process when you need to consult with our law firm. Our attorneys have learned through experience that police reports on domestic violence often tell just one side of the story.

We will immediately go to work to gather additional information on your behalf in order to start building a solid defense strategy.

With our aggressive pre-filing intervention, our domestic violence experts could provide the prosecutor with favorable information and evidence before they file charges against you.

In many cases, our attorneys have been able to get our clients charges reduced, resolved, or dismissed altogether.  In California, domestic violence laws are primarily codified in several California Penal Code sections, which are outlined below.

It's commonly known as “spousal battery.” It's defined as the willful and unlawful touching of an intimate partner that is harmful or offensive.

An intimate partner can be your current or former spouse, the parent of your child, or anyone with whom you have had a dating relationship.

No actual injuries are required to be charged with domestic battery, only minimal physical out of anger or disrespect.

This charge is a “wobbler,” meaning the prosecutor has the discretion to charge you with either a misdemeanor or felony crime, depending on the extent of injuries and your criminal history.

This type of domestic violence charge will typically trigger a separate investigation from the Los Angeles County Department of Child and Family Services (DCFS).

It's different than child abuse as it doesn't require the child to suffer an actual injury. This form of domestic violence is typically an additional charge when a physical altercation between spouses occurs in the immediate presence of a child. California Penal Code Section 278 defines the crime of child abduction.

It's described as any act that that willfully causes or allows an elder to suffer unjustifiable physical pain or mental suffering. It also includes a dependent adult where you allow them to be placed in a situation in which their health is endangered.

A conviction can result is harsh legal penalties, including up to one year in county jail, a fine up to $6,000, or both, or sentenced to a California state prison for up to four years.

These threats can come in the way of verbal, written, or electronic communication. This form of domestic violence offense is also a “wobbler,” and can be prosecuted as either a misdemeanor or felony crime, depending on aggravating factors.

In domestic violence cases, this is commonly known as dissuading a witness from assisting police detectives during an investigation or cooperating with prosecution of a crime.

It makes no difference if a defendant was actually successful or even injured, just attempting to intimidate a victim or witness is sufficient to be charged. Intimidation criminal charges are typically related to other type of charges, such as stalking, harassment or domestic battery. See related: Bribery of a Witness.

For a threat to be “credible,” it must be made with the specific intent to place them in reasonable fear for their safety or the safety of their family.

Making harassing or annoying calls are not just limited to calling with a telephone. It also applies to sending obscene text messages, email, or other forms of an electronic message. Obscene language is any language considered offensive, or violates general standards of what is appropriate.

If you are convicted of a felony domestic violence case in Los Angeles, it can fall under California “Three Strikes” law.

Consequently, if convicted of three violent crimes or serious felonies, the law significantly increases the prison sentence of person convicted of the third felony and limits the ability of these offenders to receive a punishment other than a life sentence.

Call a Los Angeles domestic violence lawyer at out law firm to thoroughly review your case.

See related information: Reduce a Felony Conviction to Misdemeanor and Early Termination of Probation in California, and misdemeanor vs felony domestic violence charges.

Our lawyers will implement aggressive representation and can often obtain a plea to lesser charges of even a case dismissal.

In some cases, you may be eligible to file a motion for factual innocence. If convicted, we also have extensive experience representing clients at the sentencing hearing.

In Los Angeles County, even if the alleged victim changes their story, the prosecution may still continue with filing of the domestic violence charges.

Our criminal defense lawyers are sensitive to the fact that a domestic violence conviction may have harsh consequences on all aspects of your daily life.

The filing of a domestic violence protective order or a restraining order against you may have negative effects on a divorce or child custody case.