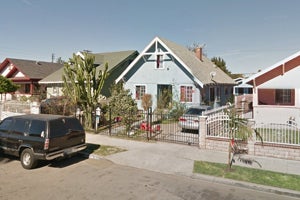 Health & Safety Code 11366 HS makes it a crime to maintain any place for unlawfully selling or giving away illegal drugs.

Opening or maintaining a drug house is covered under California Health & Safety Code 11366 and is commonly known in Los Angeles County as operating a drug house.

In simple terms, it's a criminal offense to maintain a place for the purpose of drug sales or distribution. Operating a drug house has certain elements of the crime that makes it different that just selling or possessing drugs.

In order for the Los Angeles County prosecutor to charge you with violation HSC 11366, operating a drug house, they must be able to show you opened or maintained a place with the intent to sell or give away drugs, or you allow another person to do the same.

Another element of the crime includes situations where you allow other people to use drugs at the home, rather than selling them. Under HSC 11366, a “drug house” includes a house, apartment, hotel room, or any just about location where you can sell drugs.

It's important to note that a prosecutor will only charge you with violating California Health & Safety Code 11366 in situations when you allow people to sell or use controlled substances in a “place,” or you offer other people to enter the place to conduct drug transactions.

It does not include situations where you take drugs in your home for personal use, but you could find yourself facing charges of simple drug possession.

Operating a drug house is known a “wobbler” crime, meaning the Los Angeles County prosecutor can file the drug crime case as either a misdemeanor or felony offense. Clearly, a felony conviction carries harsher legal consequences, including up to three years in a California state prison.

If you have been accused of maintaining a drug house, you need to consult with a Los Angeles criminal defense attorney at Eisner Gorin LLP. Don't make any statements to police detectives as you might incriminate yourself.

Now that we have covered a general overview of opening or maintaining a drug house under HSC 11366, let's review the legal definition, penalties, and legal defenses below.

Under California Health & Safety Code 11366, the crime of opening or maintaining a drug house is legally defined as follows:

Based on the legal definition above of operating a drug house, HSC 11366 has two primary elements of the crime that a prosecutor has to prove in order to obtain a conviction. These elements include:

As stated above, it's a myth you can only face charges of operating a drug house when the unlawful conducts occurs in a home.

In fact, it's common for defendant's who have been charged with Health and Safety Code 11366 when they are alleged to be carrying out the activity in a hotel room. Remember, a “place” covers a wide range of locations.

It should be noted that you won't typically face charges of violating HSC 11366 if the activity occurred only one time.

A closely related offense includes Health and Safety Code 11366.5, which makes it unlawful for any person who controls a space, building, enclosure, room, to knowingly rent or lease these locations for the purpose of unlawfully manufacturing, storing, or distributing a controlled substance for sales or distribution.

It should be noted it makes no difference if you received compensation for the activity. Under this law, it applies to any person who controls the space or building if they are the owner, employee, lessee, or agent.

California Health and Safety Code Section 11366.5(b) also includes situations where someone knowingly allows the building, room, or space to be fortified to suppress law enforcement entry to further the sale of cocaine, heroin, or methamphetamine, and anyone who receives excessive profits for the use of the location.

Anyone convicted under this subsection can receive up to 4 years in a California state prison. If you need additional information, contact a Los Angeles criminal defense lawyer at our law firm.

Under California law, HSC 11366 is a “wobbler” and can be charged as either a misdemeanor of felony crime at the LA County prosecutor's discretion. If you are convicted of California Health & Safety Code 11366, operating or maintaining a drug house for the sales or distribution of controlled substances, the legal penalties for a misdemeanor conviction include the following:

The legal penalties for a felony conviction include the following:

It should be noted you could also face property forfeiture when the drug house or real property was maintained for the unlawful activity. This means it can be confiscated under California's asset forfeiture laws.

There are some legal defenses our Los Angeles criminal defense lawyer could use when defending you in court against charges of operating a drug house in violation California Health & Safety Code 11366.

In some cases, we may be able to have your charges dismissed or reduce your sentence to no jail time, or at least a shorter amount of time. Every drug crime case is unique and requires a close examination of all the specific facts and circumstances in order to determine the most effective defense strategy.

However, there are some common defenses.

Personal use or lack of knowledge - Our criminal lawyers might be able to successfully argue the illegal narcotics were only for personal use or you simply didn't know other people were selling or using drugs in your home.

However, in this type of argument, we would need to show you didn't have knowledge of who exactly was entering your home or what type of background these people had. If our attorneys are able to prove the drugs did not belong to you, we might be able to get your charges dismissed.

No continuous activity or illegal search and seizure - Another legal defense includes situations where our lawyers could make an argument that other people sold or used drugs in your place only once or twice, either with or without you having knowledge of this activity.

As stated above in the elements of the crime, the Los Angeles County prosecutor will only pursue charges if that distribution of drugs at the drug house was an activity that occurred repeatedly.

In cases where the drugs did in fact belong to you, our criminal attorneys may be able to show that the evidence seized by the police was the result of an illegal search and seizure.

Keep in mind that even if you were running a drug house, police are still legally obligated to seize any evidence in a lawful manner under

California's search and seizure laws. If we are able to present some evidence that your legal rights were violated, this could present an issue for the prosecution, which could mean that your charges are dismissed.

For example, if police entered your home without a valid search warrant, or they conducted a search outside your place that was not listed in the search warrant, then our lawyers may be able to obtain a dismissal on charges of operating a drug house.

Finally, if treatment is a valid alternative, we could make an attempt to get the judge order treatment where you would receive credit for this treatment in a dextox or inpatient or outpatient facility, rather than time in a Los Angeles County jail.

After our attorneys closely review all the evidence in these types of cases, we often discover there is not sufficient evidence showing the illegal drugs actually belonged to you. The prosecutor has to be able to prove that drugs were used or sold by other people besides you.