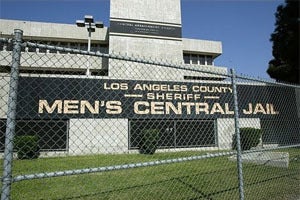 Penal Code 289 is a serious felony sex crime that is commonly known as “sexual penetration by force or fear.”

The sex crime offense of forcible sexual penetration with a foreign object is covered under California Penal Code Section 289.

While this type of specific crime may seem obscure, there have been many cases in Los Angeles County of individuals being prosecuted for sexual penetration by foreign object.

This crime is commonly known as “sexual penetration by force or fear.” It's a felony offense to forcibly penetrate another person with the use of fear or force with a foreign object without their consent.

Typically, this crime occurs when a person commits a type of rape without their penis.

In most criminal cases on PC 289, it involves a situation where the defendant allegedly placed some type of object into the victim's vagina or rectum against their will, or in situations where the victim can't give legal consent for penetration.

Penal Code 289 should not be confused with rape charges under California Penal Code Section 261, which would involve their penis.

In basic terms, a charge of PC 289, penetration by foreign object, would be filed in situations where someone is a sexual situation make contact with another person in their private area and then penetrates them with their fingers or some type of foreign object.

It would be charged as rape if the act was competed using by force, fear, or any type of threats. Under Penal Code 289, a foreign object is any item, instrument, or part of the body. In other words, this means that basically anything that can be placed inside another person could be considered a foreign object in order to prosecute under PC 289.

If you have been accused of forcible sexual penetration with a foreign object, you need to consult with a Los Angeles criminal defense lawyer at Eisner Gorin LLP immediately.

Now that we have covered a general overview of penetration with a foreign object charges, let's take a closer look at the legal definition, penalties, and legal defenses below.

California Penal Code Section 289, which is forcible penetration with a foreign object, is legally defined as follows:

It's important to note that sexual penetration is defined broadly under California law. As long as the act was for the purpose of sexual abuse, arousal, or gratification, includes any penetration, however slight, of the genital or anus of the victim.

Sexual penetration also includes situations where you cause the victim to penetrate themselves, or a third person.

The term “with a foreign object” can essentially include any object, including your finger or other body parts, but not your penis, which of course would be rape.

If you need additional information, contact a Los Angeles criminal defense attorney at our law firm.

Forcible penetration covers a wide range of unlawful conduct, including using just enough physical force against the victims will. Duress is a direct or implied threat of force, violence, or retribution that causes another person to do something they would not typically do.

Menace is a threat or some type of act that shows you have intent to cause injury.

It could come in the form an immediate threat of unlawful bodily injury; or threats to retaliate if the victim doesn't submit.This could include threats of kidnapping, restraining, confining, or inflicting pain or serious bodily injury.

California Penal Code Section 289 also includes acts of sexual penetration with a foreign object on victims with a mental disorder or physical disability that prevents them from understanding the consequences of the act.

It also includes situations of forcible sexual penetration of an unconscious or intoxicated person.

If you are convicted of violating California Penal Code Section 289, forcible sexual penetration with a foreign object, it's always a felony offense.

The legal penalties include the following:

If you have been accused forcible sexual penetration with a foreign object, it's critical that you contact our Los Angeles criminal defense law firm in the early stages of these types of cases.

There are a wide range of defense strategies we could use on your behalf. These include:

Consent: In some cases, our criminal attorneys might be able to argue you had consent, or had a reasonable belief the victim gave consent to engage in the sexual activity. Consent is a key element of the crime and often very challenging for a Los Angeles County prosecutor to actually prove no consent was involved, especially in cases where both sides tell a different story.

It's important to remember the prosecutor has the burden of proving each and every element of the crimes, including the all important lack of consent.

Our law firm has seen sex crime cases where an alleged victim claims they did not give consent, but in reality, they in fact consented based on the circumstances.

Another potential defense is when somebody is trying to argue that they didn't consent, but when in reality, based on the circumstances surrounding the touching, they did in fact consent.

Every case is unique and its own set of facts and circumstances. Therefore, our law firm must thoroughly review the specific details before decide if a consent argument is valid and has a chance of success.

If our attorneys are able to cast some reasonable doubt on whether the victim gave consent, or you reasonably believed there was consent, you can probably avoid a conviction for forcible sexual penetration with a foreign object.

False accusation: It's not uncommon for people to be falsely accused of sexual penetration by force. In some case, the alleged victim is a former girlfriend who acts out of anger, revenge, or jealously.

Our attorneys could aggressively challenge false allegations by using physical evidence, witnesses or an alibi. Again, casting reasonable doubt is the key. If successful, you could avoid a conviction.

Mistaken identity: In certain sex crime cases, we have seen where a victim thinks one person committed a sexual offense on them, but they identified the wrong person.

In these cases, there is no direct evidence, no eye witnesses, or anything that points to the accused. However, in many cases, police and prosecutors are quick to judge in an effort to bring a suspect to justice, especially in sexual related accusations.

Our lawyers could present a successful argument, using evidence and witnesses, that you simply were falsely accused and wrongfully arrested.

If you have been accused of sexual penetration by object by force, fear, or threats in violation of California Penal Code Section 289, you should contact a Los Angeles criminal defense lawyer at Eisner Gorin LLP as soon as possible. A sex crime conviction can be life-changing.

Our law firm has a track record of success defending clients against all types of sexual assault related cases.

Related Pages: Continuous Sexual Abuse of a Child | Lewd Acts with a Minor