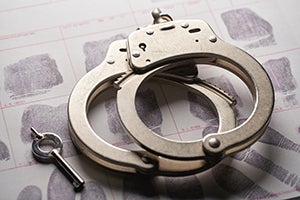 Penal Code 220 PC is described as assaulting another person with the intent to commit a serious sex crime.

California Penal Code Section 220 defines the crime of assault with intent to commit another felony.

An “assault” is the application of force to someone and the contact must be harmful or offensive.

It should be noted that even slight contact with another person is sufficient for an assault and it's doesn't have to cause pain. Some common examples of assault include grabbing, shoving, or slapping someone.

This code provision addresses situations in which the defendant is in the process of committing, or attempting to commit, one of a number of other enumerated felonies and in doing so commits a physical assault on the body of another person.

Typical penalties for violating California Penal Code 220, assault with intent to commit a felony, carry up to 6 years in jail.

If the victim was a minor and the intended offense was a felony sex crime, the penalties include up to 9 years in a California state prison.

It's typical to see a charge of Penal Code Section 220 brought in conjunction with another underlying charge.

To give readers a better understanding of the crime of assault with intent to commit a felony, our California criminal defense attorneys are providing a review below.

Definition of Assault Under California Law

Taking a step back, it is worth noting the definition of assault under California law.  Assault is any unprivileged, nonconsensual touching.

There is no requirement that the individual who is victimized by an assault be injured, much less seriously injured. Case law confirms that even the slightest touching, provided it is accomplished without the victim's consent, qualifies as an assault.

An assault can also be accomplished through indirect means – i.e. throwing an object and hitting someone with it is an assault even though the defendant and victim's bodies never actually came into contact.

Similarly, hitting someone with an object such as a bat or a stick is also an assault. The victim's person for purposes of assault is defined as anything in which they are in contact.

Interesting hypotheticals can arise from this distinction such as a person sitting on a park bench which is intentionally tipped over, causing them to fall. This is likely an assault even though the defendant touched the bench, not the victim.

Similarly, a victim's clothing counts as part of their person in an assault prosecution.  If the defendant punches the victim's baggy jacket such that the victim does not even feel the impact, it is still an assault.

The list of enumerated California felonies which the defendant must intend to commit while perpetrating the assault in question in order to be successfully prosecuted for Penal Code Section 220 include the following:

The penalties for assault with intent to commit another felony are severe. Penal Code Section 220 is always a felony under California law. It is not a “wobbler,” which is an offense which can be reduced to a misdemeanor.

If the victim of a Penal Code 220 offense is over the age of 18, the felony penalties faced by the defendant if convicted of the charge include:

If the victim was under the age of 18 at the time when they were was assaulted, the penalties:

Subsection (b) of Penal Code Section 220 provides for a special enhancement in cases in which the defendant committed the PC 220 assault while intending to commit one of the enumerated serious felonies above and was also engaged in committing a first degree residential burglary.

This is the “home invasion” scenario. In this much more aggravated circumstance, the defendant faces life in prison with the possibility of parole.

As you can see, a Penal Code Section 220 offense is a serious felony which carries the potential of extended incarceration upon conviction.

It should be noted that abandonment, which is sometimes a defense to crimes such as attempt, is not a defense under Penal Code Section 220.

The fact that the defendant abandoned their plan to commit rape, for instance, while in the process of assaulting the victim, is not a defense to a charge of assault with intent to commit a felony.

If you or a family member has been charged with the serious California felony offense of assault with intent to commit a felony under Penal Code Section 220, contact our experienced team of Los Angeles criminal defense attorneys for an immediate consultation.

We can work to protect your rights while strategizing with you to obtain the best possible outcome in your case. Our lawyers first need to review all the details of your case in order to determine an appropriate strategy.

We might be able to negotiate with the prosecutor for reduced charges of even a case dismissal.

Also, through prefiling intervention, it might be possible to avoid the formal filing of criminal charges.