A lewd act with a minor using force or fear involves someone willfully touching a minor under 14 for sexual purposes or making them feel themselves or someone else for sexual gratification. 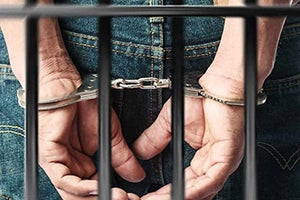 Penal Code 288(b)(1) PC is the statute that makes lewd acts with a minor by force a felony crime.

This severe offense requires a perpetrator to use force or fear of bodily harm during the incident. This statute is codified under California Penal Code 288(b)(1) PC. Some examples of lewd acts with a minor using force or fear include:

Lewd acts with a minor under Penal Code 288 PC are described as willfully touching a child for sexual purposes.

The force or fear factor required for a conviction of lewd acts by force or fear requires any physical threat or contact related to the meeting where the lewd act occurred.

A PC 288(b)(1) lewd act with a minor by force or fear is a felony crime with harsh penalties, such as up to ten years in state prison and a mandatory requirement to register as a sex offender under Penal Code 290 PC for life.

To convict somebody of Penal Code 288(b)(1), the prosecutor must prove, beyond any reasonable doubt, all the crime elements listed in California Criminal Jury Instructions 1111. Our California criminal defense lawyers will examine this law further below.

What are the Penalties for This Felony Crime?

If you are convicted of violating California Penal Code 288(b)(1) PC, it's a felony offense that carries the following penalties:

It should be noted that the judge has the discretion to impose felony probation instead of jail time. In California, a felony crime can't be expunged. This means that a conviction for a lewd act with a minor by force or fear is not eligible for an expungement.

Penal Code 288(a) PC lewd acts with a minor child without force occurs when somebody commits a lewd and lascivious act with a child under 14 for the purpose of sexual gratification. This felony crime is punishable by up to three, six, or eight years in state prison and mandatory sex offender registration for 20 years. 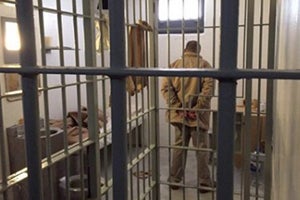 A felony conviction for lewd acts with a minor carry prison time and sex offender registration.

Penal Code 288(b)(2) PC lewd acts with force by a caretaker occurs when a caretaker of a dependent or impaired person commits lewd acts on them. This felony crime carries up to five, eight, or ten years in state prison and requires lifetime registration as a sex offender.

Penal Code 288i PC lewd acts with minor causing harm occur when somebody intentionally commits an indecent act with a child under 14 for sexual gratification and causes them physical harm. This severe felony carries a life sentence and requires lifetime sex offender registration.

Penal Code 261.5 PC statutory rape law makes it a crime to engage in sexual intercourse without a minor under 18, even if there was consent. A minor can't legally consent to sexual activity. In the state of California, there are no close-in-age exceptions, called a Romeo and Juliet law.

What are the Legal Defenses for This Charge?

We can use numerous possible legal defenses for charges of California Penal Code 288(b)(1) lewd act with a minor by force or fear. Some of the most common are discussed below.

Perhaps we can argue the touching was accidental. To be convicted of this crime, the prosecutor must prove you touched or acted lewdly on the minor victim.

Recall from the elements above that it must be shown that you willfully touched a minor's body by force or fear with the intent of arousing, appealing to, or gratifying the lust, passions, or sexual desires of yourself or the child. 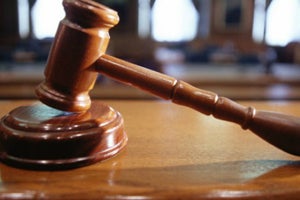 Contact our firm to discuss all the legal options.

Perhaps the prosecutor lacks sufficient evidence to prove this crucial issue of “willfully." Maybe we can create reasonable doubt by showing the touching was accidental.

Perhaps we can argue you are the victim of a false accusation. There are several reasons why an accuser might not tell the truth about this type of alleged crime. Perhaps they were coached by an adult looking for revenge over a bad relationship that had recently ended.

Through an independent investigation, it might be possible to uncover information that the accusations are false or exaggerated. Other possible legal defenses include challenging the evidence acquired by police during the criminal investigation of the alleged incident.

Negotiating with the prosecutor and persuading them to reduce the charges or even get the case dropped might be possible. Also, negotiating with police detectives and the District Attorney's Office might be an option to convince them not to file formal charges, called a “DA reject.”

In California, a felony conviction forever could have severe collateral consequences. To avoid a conviction, you should start by letting an experienced criminal defense lawyer review all the case details to formulate a strategy for the best possible outcome.

Eisner Gorin LLP is located in Los Angeles, California. We provide legal representation to people under investigation or already charged with a crime across Southern California. You can contact us for an initial case review by phone or use the contact form.