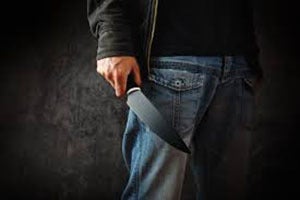 Penal Code 245(a)(4) is described as assaulting someone by means which are likely to result in great bodily injury to the victim.

A violation of Penal Code § 245(a)(4), known commonly as Assault by Means Likely to Produce Great Bodily Injury, alleges that the defendant assaulted someone and did so by employing means which were likely to result in great bodily injury to the victim.

Note first that the statute does not require that the alleged victim actually suffer great bodily injury, or any injury at all.

Rather, Penal Code § 245(a)(4) criminalizes the means by which an assault is perpetrated even if those means prove ineffectual.

Under California law, an “assault” is described as an unlawful attempt to commit a violent injury on another person. No bodily harm has to occur for an assault to take place.

An assault by means likely to produce great bodily injury charges under California Penal Code 245(a)(4) is:

What is a Great Bodily Injury?

Ultimately, this is a fact-based determination which is left to the judgment of a jury. In past cases, injuries such as broken bones and black eyes have been found to be great bodily injuries.

That said, there are cases with relatively severe injuries in which juries have acquitted the defendant of assault by means likely to produce great bodily injury.

With an injury that falls in a grey area such as moderate bruising, it is virtually impossible to predict if a jury will find that great bodily injury occurred.

In practice, a Penal Code § 245(a)(4) charge is typically brought in cases where the victim suffered a particularly aggressive or heinous assault which differentiates the case from the standard assault and battery context.

Assault likely to produce great bodily injury falls under the same statutory provision as assault with a deadly weapon, indicating the legislature's belief that this category of assaults is extremely serious.

Prosecutors view these violent crimes as very serious assaults which create a substantial concern for the community.

Accordingly, experienced and skillful representation by criminal defense counsel is crucial to protect your rights when accused of assault likely to produce great bodily injury.

In order to obtain a conviction for PC 245(a)(4), a prosecutor must be able to prove, beyond reasonable doubt, all the elements of the crime under CALCRIM 875 Jury Instructions. These include:

Assault is typically not difficult to prove because the victim will normally have evidence there was force applied – even though it's not required to be convicted under Penal Code 245(a)(4) - only that you had the means and intent to inflict great bodily harm. In many cases, the prosecutor may have witnesses to prove an assault occurred.

For example, throwing a large rock at someone's head with intent to harm, but not actually striking them.

A violation of Penal Code § 245(a)(4) is a “wobbler” under California law, meaning it can be prosecuted as either a misdemeanor or a felony.

If the prosecution proceeds as a misdemeanor and the defendant is convicted, they can be punished by:

If, on the other hand, the prosecution proceeds as a felony, a conviction can result in:

Whether an assault by means likely to produce great bodily injury case is handled as a misdemeanor or felony depends on the particular facts of the case, and on aggravating and mitigating factors unrelated to the particular conduct such as the defendant's prior criminal history, the particularly vulnerability or not of the alleged victim, and other factors.

Keep in mind that even if the case is initially filed as a felony, there are opportunities either through plea bargaining or a Penal Code § 17b motion to the court to have the case reduced to a misdemeanor.

Common defenses to a Penal Code § 245(a)(4) charge include reasonable doubt. To be convicted, the defendant must be proven guilty beyond a reasonable doubt of each and every element of the charged offense.

If, for example, the government cannot establish that an assault took place or that the assault was likely to produce great bodily injury, the defendant cannot be properly convicted.

Additional defenses include self-defense or defense of others. Even if the defendant used force against another person which was substantial enough that it was likely to produce great bodily injury, that force might have been proportionate to a threat faced by the defendant or another person of imminent physical harm.

In such a case, the defendant could argue that they acted reasonably to defend him or herself or another person.

Injury Was Not Significant

We might be able to make an argument that the victim's injuries were not substantial, even though this is not a total defense to the charges.

This defense could be used in an effort to have the charges reduced to a lesser offense such as simple assault and work on a misdemeanor plea deal.

Assault by means likely to produce great bodily injury is a serious crime under California law which can potentially result in substantial prison time if convicted of a felony.

If you, or someone you know, is under investigation or has been charged with a violation of Penal Code § 245(a)(4), contact our experienced criminal defense attorneys for an initial consultation to determine the appropriate steps to maximize your chances of a successful outcome.

Our attorneys can intervene on your behalf before court through a prefiling intervention designed to minimize the chances of formal charges being filed or to reduce the charges before the case goes to court.