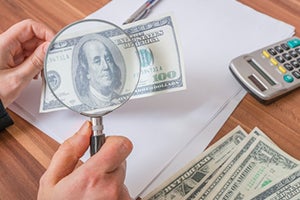 18 U.S.C. § 471 forgery laws makes it a crime to produce bills that have a similar likeness to United States currency.

While the technical term for a violation of Title 18, Section 471 of the United States Code is forgery of United States government obligations or securities, the conduct addressed by this criminal provision of federal law is much more commonly known as “counterfeiting.”

This is the federal crime of producing bills of such similar likeness to authentic United States currency that they could be mistaken for genuine dollars used in commerce.

Counterfeiting is a serious crime which carries potentially draconian penalties even on a first offense.

As widespread circulation of counterfeit currency would threaten to fundamentally undermine the United States economy and, ultimately, global trust in the strength and soundness of the United States dollar, these offenses are aggressively investigated and prosecuted in federal court.

There are a wide range of different behaviors that are prohibited in connection with counterfeiting. These include:

There are several federal statutes dealing with the creation, distribution, and use of counterfeit currency, including 18 U.S.C. § 471, and also apply to counterfeiting that occurs outside of the United States.

Counterfeiting and forgery normally involve some type of fraud or deceit.

A conviction can result in harsh penalties, including large fines and federal prison time under the United States Federal Sentencing Guidelines.

To give readers more useful information about federal forgery and counterfeiting offenses, our Los Angeles criminal defense lawyers are providing a review below.

Definition of 18 U.S.C. § 471 Forgery of Obligations or Securities

There are several important aspects of currency counterfeiting which distinguish it from other types of fraud.

The intent behind counterfeiting U.S. currency is to obtain genuine-looking bills which can then be used in commerce to purchase legitimate goods.

The economic system of the nation depends in large part on the belief of both domestic and foreign investors in the strength and soundness of the dollar, which is damaged if a belief develops that some significant portion of dollars circulating in the economy are in fact counterfeit.

It's also a federal crime to have possession of equipment and tools used for counterfeit currency, such as an image or plate with the intent to use them for counterfeiting.

If you are found in possession of such items, you could be convicted of a Class B felony.

Also, counterfeiting coins is a federal crime carrying up to 15 years in a federal prison if convicted.

Under the guidelines, which are merely advisory by law but are nevertheless the starting point for federal sentencing, the court will compare the defendant's offense conduct with his or her prior criminal history to achieve a presumptive sentencing range.

Under the Section 3553(a) factors, the court will weigh all equitable aggravating and mitigating circumstances about the defendant.

These factors include their history and character, the effect of incarceration on the defendant's dependents such as small children, the need to provide restitution, and the need to avoid unwarranted sentencing disparities between similarly situated defendants.

Like other frauds, however, a violation of 18 U.S.C. Section 471 must involve the intent to defraud.

The intent to defraud is the intent to, by way of misrepresentations, deceive another person and thereby receive something of value that the defendant knows they are not otherwise entitled to.

The simple act of producing pieces of paper which highly resemble U.S. dollars is therefore not enough to qualify for a prosecution or conviction under 18 U.S.C. § 471.

Readers can imagine scenarios such as theatrical performances or movie or television filming in which an actor's character needs to handle or display large amounts of United States dollars. It would likely be impractical for the producers to obtain millions of dollars in actual United States currency just to use as a prop.

They therefore will likely turn to “play” money, which may very closely resemble actual U.S. currency.

Producing these bills with the intent to simply use them in a theatrical setting is not punishable under 18 U.S.C.

Section 471 because the producer of the bills lacks any fraudulent intent – they do not intend to deceive anyone in order to receive something of value.

Another potential defense includes making an argument the quality of the counterfeit money was so poor, it doesn't meet the legal definition of being counterfeit.

As stated, in order for money to be considered counterfeit, it has to be so similar to authentic money that it would confuse an ordinary person.

If you or a family member is under investigation for, has been arrested for, or has already been charged with the serious federal crime of forging United States obligations or securities in violation of Title 18, Section 471 of the United States Code, contact our team of experienced federal criminal defense attorneys for an initial consultation.

We can work with you, including through prefiling intervention, to maximize the chances of a successful outcome in your case.