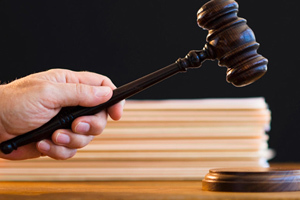 Our Los Angeles DUI lawyers will guide you through the court process for driving under the influence charges.

Occasionally, the arresting agency will impose a bail and the arrested person will have to post bail or remain in custody until they can see a Judge.

If an arrested person bails out, the bail agency will give them bail paperwork that is similar to a citation, ordering them to appear in court on a specific date.

After a person is arrested for a DUI, the arresting officers prepare police reports and forward those reports to the prosecuting agency.

Depending on where the offense occurred, and other factors including whether there was an accident with injuries, the case will be prosecutor by either the County's District Attorney's Office or the City Attorney's Office.

A lawyer in the prosecutor's office reviews the police reports and prepares a Criminal Complaint, alleging violations of certain sections of the Vehicle Code. The Criminal Complaint is then filed with the Superior Court.

In many cases, the Criminal Complaint is filed before the arraignment date listed on the defendant's citation or bail paperwork.

Sometimes, however, the Criminal Complaint is not filed by the original arraignment date.

The Statute of Limitations is the law that governs how long a prosecuting agency has to file a Criminal Complaint against a defendant.

For misdemeanor DUIs, the Statute of Limitations is one year. That means that a prosecutor has up to a year from the date of an arrest to file a Criminal Complaint.

This is why it is very important to make sure that the DMV always has a valid mailing address on file.

That being said, not all prosecuting agencies will notify the defendant before a case is filed.

For example, it's not uncommon for the Lancaster branch of the Los Angeles District Attorney's Office to file a Criminal Complaint with an arrest warrant and just wait for the defendant to have contact with police and be taken into custody.

An experienced criminal defense attorney will stay on top of your case, checking regularly with the prosecuting agency to ensure that a warrant is not issued.

The arraignment is the criminal defense attorney's first opportunity to obtain the Criminal Complaint and police reports associated with the arrest.

Oftentimes, there is additional evidence that is not provided at the arraignment, which the criminal defense attorney will need to request in writing from the prosecuting agency.

For this reason, at the arraignment, the criminal defense attorney will enter a Not Guilty plea on their client's behalf and schedule a pre-trial conference at some point in the future.

An experienced criminal defense attorney will recognize and obtain, as soon as possible, the evidence necessary to attack the prosecution's case.

This strategy will help the attorney in both negotiations for settlement and trial preparation, ensuring that the client gets the best possible result.

After several pre-trial conferences, where the attorneys litigate evidentiary issues, the attorney will present his or her client with the best possible settlement offer, or plea deal.

It's then up to the client to decide whether they want to accept that offer or fight their case in a trial.

An experienced criminal defense attorney will be able to guide their client through the advantages and disadvantages of settling a case or fighting a case in a trial, including collateral consequences like license suspension, job loss, and immigration issues.

We lawyers aggressively defend DUI charges both in court and at DMV hearings, by strategizing with clients to develop a a solid and effective defense.

We want to know why you were stopped, how well you performed on the field sobriety tests, and if their breathalyzer machine had any history of malfunction.

Our law firm's aggressive courtroom approach has lead to charges being dismissed or reduced when we can demonstrate that a traffic stop lacked sufficient probable cause, the alcohol absorption was insufficient, or other problems of proof exist such as the improper collection or preservation of blood after a DUI arrest.

Our Los Angeles DUI lawyers will immediately go to work to protect your legal rights and fight to avoid a conviction on your record.