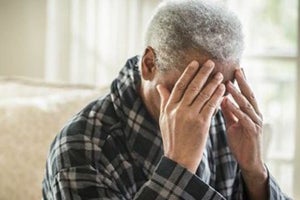 Penal Code 288(b)(2) makes it a crime for a caretaker to commit a lewd act on a dependent person using force, fear, or threats.

Penal Code 288(b)(2) makes it a crime for a caretaker to commit a lewd act on a dependent person, or someone physically impaired over 65 years old, and to do so by the use of force or fear of a bodily injury.

A “caretaker” is described as an owner, operator, employee, or independent contractor of a facility providing care for dependent people or someone 65 or older.

The “facilities” normally include an assisted living home, nursing home, or someone providing care in a personal home.

A “dependent person” is described as anyone who has physical or mental impairment that prohibits their ability to perform normal activities or to protect their rights.

Under subsection (a) of Penal Code 288, a lewd or lascivious act is defined as:

Importantly, a violation of Section 288 can be accomplished by encouraging or causing the victim to touch themselves or someone else.

The defendant does not need to physically touch the victim in order to be prosecuted under Penal Code Section 288.

To give readers a better understanding of lewd acts by a caretaker of a dependent person, our California criminal defense lawyers are providing a detailed review below.

California Penal Code 288(b)(2) defines lewd acts by a caretaker on dependent adult:

In order to be convicted of PC 288(b)(2), lewd acts by a caretaker, the prosecutor must be able to prove all the elements of the crime listed under CALCRIM 1060 Jury Instructions, lewd or lascivious act on dependent person:

A stated, “lewd or lascivious act” is any touching of a person with the intent to sexually arouse the perpetrator or the other person. It includes touching any part of their body, either on the bare skin or through their clothing, or causing someone to touch their own body or someone else's body.

The related California offenses for PC 288(b)(2), lewd acts by caretaker include:

A Penal Code 288(b)(2) prosecution is subject to enhanced penalties compared to other forms of lewd act prosecution.

A violation of this subsection is always a felony – meaning it cannot be reduced to a misdemeanor.

If convicted of a violation of Penal Code Section 288(b)(2), the defendant faces a California state prison sentence of five, eight, or ten years.

The defendant will additionally be required to register as a sex offender under Penal Code Section 290, likely for life.

Defenses to an allegation under Penal Code Section 288(b)(2) will focus on reasonable doubt based on lack of objective independent evidence to establish that the lewd act was committed.

By its nature, this type of crime typically occurs behind closed doors outside of the presence of third-party witnesses.

The lack of corroboration for the alleged victim's allegation is an important area which is subject to cross-examination and argument by defense counsel in attempting to raise a doubt that any unlawful conduct occurred.

Additionally, a Penal Code Section 288(b)(2) allegation must involve a caregiver and his or her dependent individual. This relationship is an element of the crime which must be proven beyond a reasonable doubt by the prosecution.

While in some cases – such as nursing home settings – the caregiver-dependent relationship cannot be seriously disputed, other settings may give rise to significant factual questions about the existence of the required relationship under the statute.

Even if the prosecution can establish that a lewd act, meaning an inappropriate touching, took place between the caregiver and his or her dependent, the additional element of force, fear, duress, menace, or other unlawful means must still be proven.

A Section 288(c)(2) conviction exposes the defendant to one, two, or three years in the California state prison.

This subsection is also a “wobbler,” under California law, meaning it can potentially be reduced to a misdemeanor.

Recent changes in the law suggest that this distinction may also create opportunities to reduce the lifetime sex offender registration under Penal Code 290 to a time-limited registration of 10 or 20 years, which is a substantial benefit to defendants charged with these serious sex offenses.

Given the potentially life altering consequences of being charged, much less convicted, of an extremely serious offense such as a Penal Code Section 288(b)(2) lewd act upon a dependent by a caregiver, immediate intervention by competent defense counsel to address such an allegation is critical.

Through the process of prefiling intervention, substantial doubts about the reliability of evidence as well as mitigating factors about the defendant's background, history, character, and reputation can be most effectively presented to a sex crimes detective and/or prosecuting attorney reviewing the file.

Through this process, many charges can be reduced to lesser offenses or rejected completely.

If you or a family member is being accused of, being investigated for, or has already been charged with the serious California sex crime of lewd acts by a caretaker on a dependent pursuant to Penal Code Section 288(b)(2), or a related statute, contact our experienced Los Angeles criminal defense attorneys for an initial consultation.

Our focus is on protecting your rights while working aggressively toward achieving the best possible outcome in your case.