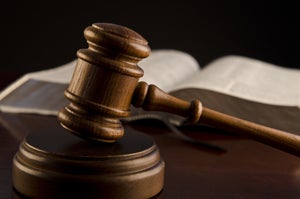 Penal Code 261 PC describes rape as using force, threats of force, in order to have non-consensual sexual intercourse with someone.

Few criminal allegations are as devastating to a client as being arrested or investigated for a sex crime. An arrest for rape can occur without corroborating or forensic evidence or even where reasonable doubt may exist of the alleged victim.

The sigma of a rape accusation can be devastating as family, friends and co-workers assume the worst about a person. The consequences of a sex crime conviction are life-changing.

Rape is covered under California Penal Code Section 261. It's generally described as:

Typically, when people hear the word "rape," they often believe it's having sexual intercourse by means of physical force.

However, even if no physical force is used, rape charges may be pursued by the Los Angeles County prosecutor where the victim is intoxicated or physically or mentally disabled to provide lawful consent.

This means an individual can face rape charges when they engage in sexual intercourse with another person and certain factors are met.

For example, the sexual intercourse can be against their will OR without their consent. This means a rape case can be filed if the act was achieved not only through force or violence, but also with duress, menace, fear of bodily harm, fear of retaliation, or fraud.

If you have been accused, arrested or charged with rape, you need to immediately contact a Los Angeles rape defense attorney at Eisner Gorin LLP.

Our experienced criminal defense lawyers may be able uncover evidence that will disprove or minimize the damage of a rape accusation before formal charges are filed by a Los Angeles County prosecutor.

Our skilled criminal law firm will thoroughly evaluate your case and advise of all your potential legal options before you go to court. First, let's examine the legal definition of rape below.

Legally, this means there are multiple circumstances which render the sexual contact in question a criminal offense.

These include overcoming the victim's will by physical force or violence. It also includes duress, meaning a direct or implied threat that is sufficient to coerce another person to perform a sexual act they would not otherwise have performed.

Another circumstance includes menace, meaning a threat or act that shows the intention to inflict an injury on another person.

Yet another circumstance that could lead to rape charges include fear of bodily harm or fear of retaliation, where there are threats to kidnap, falsely imprison, or inflict serious pain, injury or death on the alleged victim.

However, the circumstances also include less obvious scenarios such as tricking the victim into believing that the defendant is his or her spouse.

The unifying principle of Penal Code Section 261 is the prohibition against sexual intercourse without the consent of both parties.

As such, rape can be charged in cases where physical violence was involved, but also in instances where lack of consent stems from threats, coercion, or trickery.

Lack of consent is also present where the victim is incapable of giving consent due to intoxication, lack of consciousness, or mental infirmity.

See related blog: What is Forcible Sexual Penetration with a Foreign Object?

In order to obtain a rape conviction, a Los Angeles County prosecutor must prove the following elements of the crime:

Legally, consent means cooperation in an act or attitude as an exercise of free will. Even in a situation where the alleged victim initially gave consent to sexual intercourse, they can withdraw that consent.

Consult with an experienced Los Angeles criminal defense lawyer at our office for more detailed information.

Legal Penalties for a Rape Conviction

A conviction for rape carries significant time in California state prison. In general, the sentence imposed will be either:

In very narrow circumstances, rape can be punished by up to one year in county jail rather than state prison.

This reduced punishment applies only in cases where lack of consent stems solely from the victim's disability, where the defendant pretended to be someone else known to the victim, or where the defendant used threats involving their official authority (such as a police officer threatening to arrest the victim if he or she does not consent to sexual contact).

In all cases, the defendant may be additionally ordered to pay up to $10,000 and may receive a “strike” under California's Three-Strikes law. Under the one strike law, you could face enhanced penalties if committed under aggravating circumstances.

Again, the critical issue in a rape prosecution is consent, or the lack thereof.  Therefore, if your Los Angeles criminal attorney can establish that the sexual contact at issue was consensual, then you have a complete defense to the charge.

This usually must be accomplished through cross-examination of the complaining witness.

Keep in mind that there are evidentiary protections, such as the “Rape Shield” laws, which limit the topics of cross-examination for alleged victims of sexual assault.

Your Los Angeles criminal defense attorney will be able to advise you which areas, if any, are legitimate to establish that consent was present and that you have been falsely accused.

Your criminal lawyer may also argue that there is insufficient evidence that sexual intercourse took place at all or it's a case of mistaken identity.

In cases where the alleged lack of consent stems from threatened abuse of authority or the diminished capacity to consent of the alleged victim, those elements may also be subjected to scrutiny.

Our Los Angeles criminal defense law firm has a track record of success defending clients against rape charges. In one case, our client was accused by a fellow employee of date rape and rape by intoxication.

In another case in Malibu Superior Court, our client was charged with statutory rape after a sexual relationship with a minor. After our criminal attorneys negotiated with the prosecutor, which included a thorough review of the evidence and the background of our client, the sex crime allegations were dismissed.

We were able to obtain a favorable plea bargain where our client only received community service with no jail time.

Rape is a serious criminal offense carrying potential long terms of incarceration in state prison. If you or a family member have been accused a rape, call our experienced Los Angeles criminal defense lawyers immediately for a free consultation.

Every case is fact-specific and the outcome depends on the specific circumstances of the alleged offense. The best way to ensure a positive outcome in your matter is to retain the services of a knowledgeable and experienced criminal defense law firm at the earliest possible stage of the proceedings.

Pre-filing intervention on your behalf may accomplish reduction, or even complete dismissal, or the allegations against you before ever going to court.

Our lawyers are available to discuss the specific details of your case and review legal options. Call our law office at 877-781-1570.