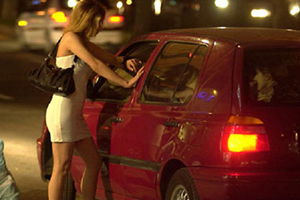 The related crimes of pimping and pandering involve facilitating or receipt of financial benefits from commercial prostitution.

While both charges are closely related, and are often charged together in the same case, they have different elements under the CA Penal Code.

Consult with a Los Angeles sex crime attorney at our law firm if you have been accused of this sexual related offense. Do not make any statements to police. Remain silent.

Our Los Angeles criminal defense law firm has been in practice for decades and has earned a highly-respected reputation within the Los Angeles County legal community.

Just an accusation, let alone a sex crime conviction can have a wide variety of negative consequences.

It can ruin your reputation within your community, family, and can jeopardize your future opportunities to have a meaningful and productive employment position.

A review of these sex crime offenses shows how pimping and pandering refer to distinct types of conduct:

CA Penal Code 266h criminalizes “pimping,” which describes it as:

As you can see, section 266h is concerned with the receipt of compensation, usually but not necessarily in the form of money, by the “pimp.”

This means that someone who solicits business on behalf of a prostitute but receives no compensation in return, while possibly guilty of other crimes, could not be charged with pimping.

This would be a very unusual scenario, but it does serve to illustrate the difference between pimping and pandering. Consult with a Los Angeles sex crime lawyer at our office to review your case.

CA Penal Code 266i criminalizes “pandering,” which is:

Unlike the pimping statute, section 266i's prohibition on pandering is concerned primarily with the facilitation and encouragement of the act of prostitution itself.

Even though the Code lists a multiplicity of scenarios under which a person may be found guilty of pandering, they all relate to encouraging prostitution rather than receiving money from prostitution.

As most pimping and pandering scenarios involve both encouraging, and receiving money from, prostitution, both Code sections are very often charged against the same defendant.

Pimping and pandering are felonies offenses punishable by:

Please note that if the commercial sex acts in question involve a minor (a person under the age of 18), the penalties may be drastically increased.

Depending on the particular circumstances of the case, you may also be charged with human trafficking, which carries a possible sentence of life imprisonment.

Besides legal defenses which might be raised by a sex crime attorney to any criminal charge:

There may be fact-specific defenses in your particular case which may be used to rebut an accusation of pimping or pandering.

These charges necessarily involve proving the particular arrangements, agreements, and relationship between an alleged pimp or panderer and his or her prostitute(s).

As such, every case will be different and the viability of fact-based defenses will vary greatly between cases.

Consult with a Los Angeles criminal defense lawyer at our law firm to assess the strength of the evidence against you and formulate the strongest possible defense to the charges.

The following case example is based on a real case litigated by Eisner Gorin LLP. This scenario provides a good illustration of how an individual who does not consider themselves a “pimp,” as the term is commonly understood, may nevertheless find themselves charged with felony pimping and pandering in Los Angeles County.

Our client became acquainted with a woman who worked as a prostitute.

While our client knew that this woman worked as a prostitute, he never directed her to provide services to a client, never told her how much to charge, and never used violence or threats in any way to coerce her to engage in commercial sex acts.

In fact, the woman had been a sex worker for years prior to ever meeting our client.

At her request, the client posted ads for the woman's services online and rented motel rooms for her to help with her trade. In exchange, the woman would occasionally give our client some of the proceeds from her transactions.

If you are under investigation or already charged with pimping or pandering, you will need to find an expert and skilled Los Angeles criminal defense lawyer immediately in order to secure the best result in your case.

The facts surrounding a pimping or pandering offense are often clouded in misunderstanding. Our law firm will thoroughly review all the details and evidence to bring forth the entire truth, not just the story portrayed by the prosecutor or police detective.

As former Los Angeles County prosecutors, we know how a case against you is built in order to secure a conviction.

It is important that you contact a Los Angeles sex crime lawyer at our office even if you have not been formally charged yet. Early intervention in your case by our experienced defense attorneys is absolutely essential.

By providing the prosecutor with beneficial facts surrounding your case, we may be able to negotiate a deal for reduced charges or even case dismissal.

We have an excellent track record of success and always seeking opportunities to obtain the best possible case outcome. For example, our client was arrested by vice in a sting operation at the LAX Airport Hotel for prostitution.

Our attorneys were able to get the case set for an informal City Attorney hearing and it was subsequently rejected for prosecution.

You have much at stake. A conviction for a sex crime offense can change your life.